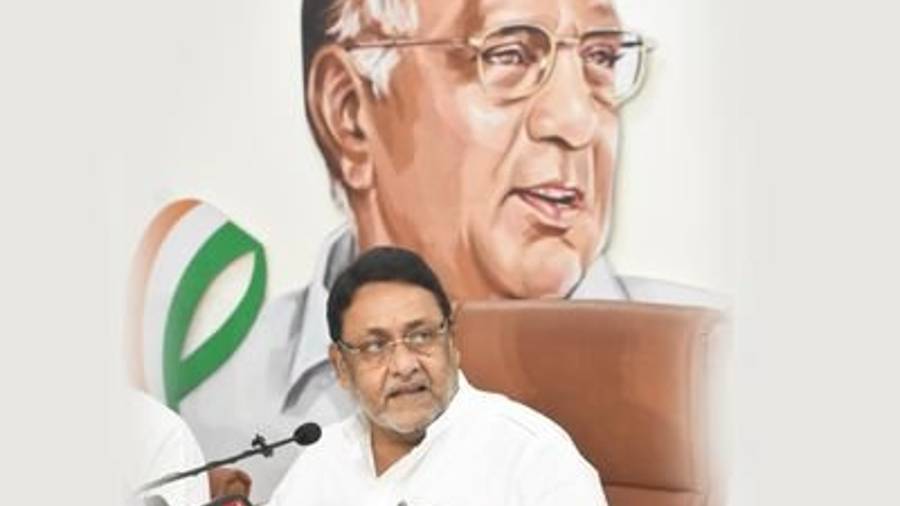 Maharashtra minister and NCP leader Nawab Malik on Tuesday refuted former chief minister Devendra Fadnavis' charge that the former had bought land parcels from the people linked with the underworld, saying he will drop a "hydrogen bomb" on Wednesday and expose the "underworld links" of the BJP leader.

Hours before, Fadnavis had alleged that a company of Nawab Malik and his family members had purchased land in suburban Kurla at a very cheap rate through fictitious documents from two convicts of the 1993 Mumbai serial blasts case. He also alleged that Malik and his family members had entered into land deals with people associated with the underworld.

Malik said his daughter will send a legal notice to Fadnavis on Wednesday for his comments against his son-in-law Sameer Khan, who was arrested by the Narcotics Control Bureau (NCB) earlier this year and later released on bail.

Just after Fadnavis finished his press conference, Malik tweeted, I am coming , in an apparent message that he will hit back.

The charges levelled by Devendra Fadnavis are baseless. I never bought any property from anyone linked to the underworld or a blast convict, Malik told a press conference.

He said Fadnavis is making a mountain of a molehill .

Fadnavis had said Malik and his family members were part of a company that purchased land in the Kurla area of Mumbai at a very low rate by making some fictitious documents from Sardar Shahwali Khan and Saleem Ishaq Patel, who were convicted in the 1993 Mumbai serial blasts case.

Malik said he has been in public life for over 26 years and no one has levelled charges, linking him to the underworld and blast convicts.

He said the properties bought by him have been acquired legally after paying stamp duty.

All deals have been done in a very transparent manner, Malik claimed.

Last week, Fadnavis had claimed that he will burst a bomb by exposing Malik's links with the underworld.

Taking a dig, Malik said Fadnavis' bomb turned out to be a dud cracker but he will drop a hydrogen bomb on Wednesday morning, exposing how the BJP leader held the city hostage when he was chief minister.