He was rescued on Monday by the French fishing vessel FPV Osiris, three days after a storm left him drifting in the Indian Ocean with serious back injuries 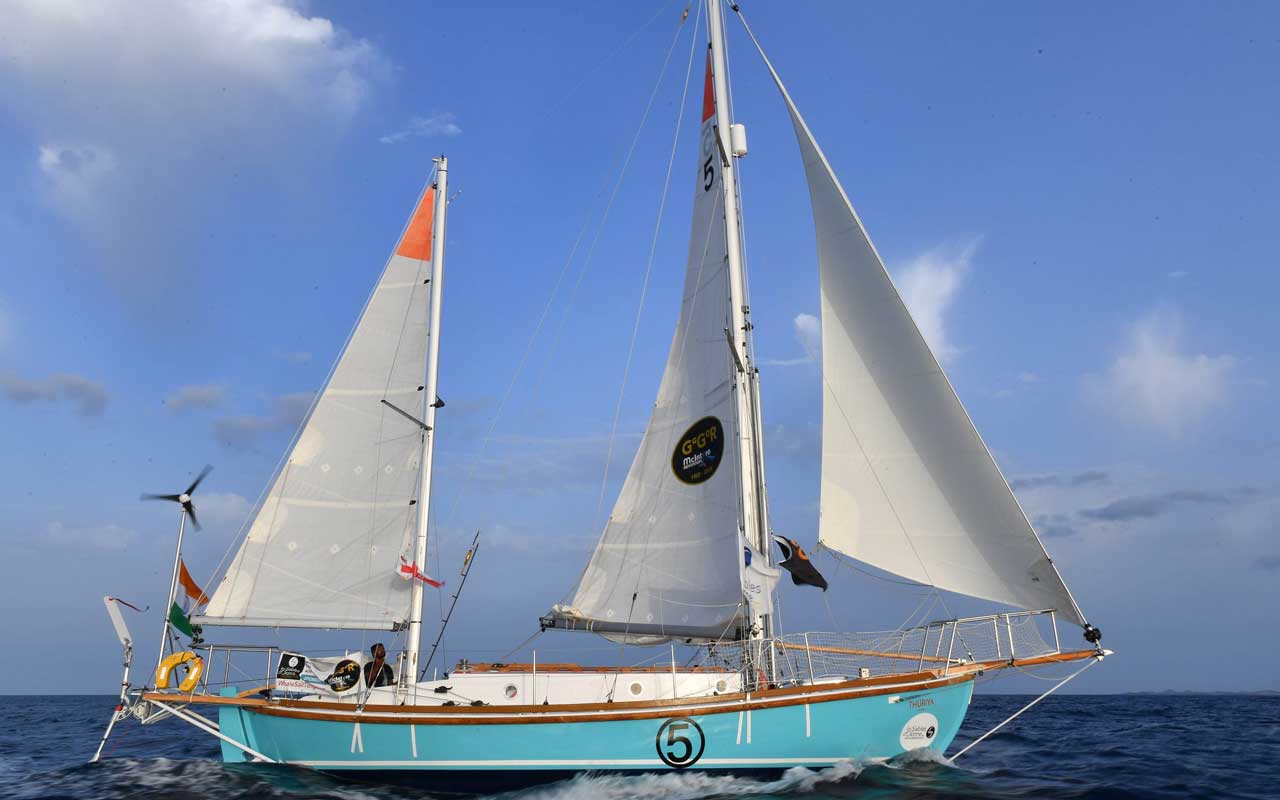 Mumbai: An Indian Navy spokesperson said Abhilash Tomy, the decorated commander rescued from the Indian Ocean near the Australian coast on Monday, had been admitted to a hospital in a remote island where he has had food and was speaking.

Tomy, 39, was rescued on Monday morning by the French fishing vessel FPV Osiris three days after a storm left him drifting in the Indian Ocean with grievous back injuries. He had been participating in the Golden Globe Race -- a solo sailboat race around the world -- when the storm hit his yacht about 1,900 nautical miles from Perth on Friday and ripped its main mast.

Captain D.K. Sharma, the Indian Navy spokesperson, said Tomy had been admitted to a hospital in the Amsterdam Island in the southern Indian Ocean and had been attended to by a French doctor.

'He has undergone X-ray scans that showed that while he suffered some damage to his back, the results were not too bad. He is taking food and water and is now on a course of painkillers,' Sharma said.

'He is stable and has no major injuries. He's sedated, but sounding okay,' the spokesperson added.

The Indian Navy is waiting for an update from the French doctor who is treating Tomy on Wednesday and then a decision will be taken on his repatriation.

The Indian frigate INS Satpura is due to reach Amsterdam Isle on Friday, and depending on Tomy's condition will either take him to Mauritius, from where he will be flown back to India, or take a direct sea route to his homeland.

The Osiris reached the Amsterdam Island around 9.30am on Tuesday after which Tomy and Irish sailor Gregor McGuckin, another stranded participant, were taken to the hospital, which has limited medical facilities.

The Osiris will be at the island till the Australian frigate HAMS Ballarat and the Indian Navy's INS Satpura reach.

According to a report in the French radio and TV news network Le1ere, the Osiris had been on its last voyage before being scrapped when it was called in to assist in the rescue.

'MV Osiris was on her last voyage before being SCRAPPED. She was built in the same year as the original Golden Globe Race. How lucky were we all that she was able to assist,' wrote the Golden Globe Race on Facebook.

The Osiris was on its way to the Kerguelen Island in the southern Indian Ocean when it was called in to assist in the rescue.

The report stated that the Osiris 'has saved not one, but two navigators in great difficulty in this vast maritime area deemed deserted and hostile'.

According to the report, the Osiris, built in 1968, was a Somali pirate vessel that was captured and re-commissioned by the French as a patrol boat in 2003.

'It mainly carries out fisheries monitoring missions off the Kerguelen Islands in the southern Indian Ocean. It was originally decommissioned in 2016, but its lifespan was finally extended by two years,' the report said..

Commander Abhilash Tomy (left) on the Thuriya with Sir Robin Knox-Johnston, the first winner of the Golden Globe Race in 1968. Tomy's boat, the Thuriya, is a replica of Sir Robin's vessel, the Suhaili.
Credit: www.goldengloberace.com
Indian Navy
Share
Advertisement
Advertisement