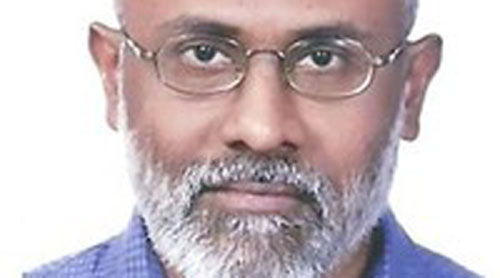 Two teachers of colleges under Delhi University were questioned by the National Investigation Agency on Friday in connection with the Bhima-Koregaon violence, days after the NIA acted against two other teachers of DU.

While Prem Kumar Vijayan, who teaches English at Hindu College, and Rakesh Ranjan, who teaches economics at Shri Ram College of Commerce, were being questioned, groups of students and teachers condemned the “RSS-BJP regime’s increasing use of repressive laws and manipulation of investigation and judicial processes to eliminate critical thinking and democratic opposition”.

Vijayan told The Telegraph that he was questioned from 3.30pm while Ranjan was quizzed from 11.30am. “They were civil and offered me food. They wanted to know my role in Bhima-Koregaon and the defence committee (on jailed professor G.N. Saibaba. I had no role in Koregaon. They asked me details of all social media and other accounts I have online. I was told that I could be called again,” Vijayan said.

Earlier, the NIA had arrested DU teacher Hany Babu M.T. in connection with the Bhima-Koregaon case and professor Apoorvanand Jha over the Delhi riots in February.

Vijayan, Ranjan and Hany Babu are part of the Committee for the Defence and Release of G.N. Saibaba, a disabled former DU teacher serving a life sentence for links with Maoists.

Several students and teachers of Hindu College have circulated a public plea demanding an immediate end to the use of state agencies to “harass our Professor P.K. Vijayan”, the release of all political prisoners “wrongfully arrested” in the Bhima-Koregaon case, the arrest of the known perpetrators of “anti-Dalit violence” and the repeal of all “draconian laws such as UAPA, NSA, AFSPA and sedition used to criminalise mass movements”.

Students and alumni of SRCC are circulating a statement in solidarity with Ranjan: “Even the Indian State had to recognise his excellence when he was felicitated with the Distinguished Teacher Award in 2009. Only 7 teachers have been awarded this prestigious label in DU Economics by the President of India. We offer our full support to him. We are in complete opposition to this kind of legalised harassment in the garb of ‘investigation’. This is not what our professor deserves. This is not what our democracy deserves.”