Shah also took a swipe at the planned Opposition alliance for the elections, saying it wouldn’t succeed in BJP-ruled Uttarakhand 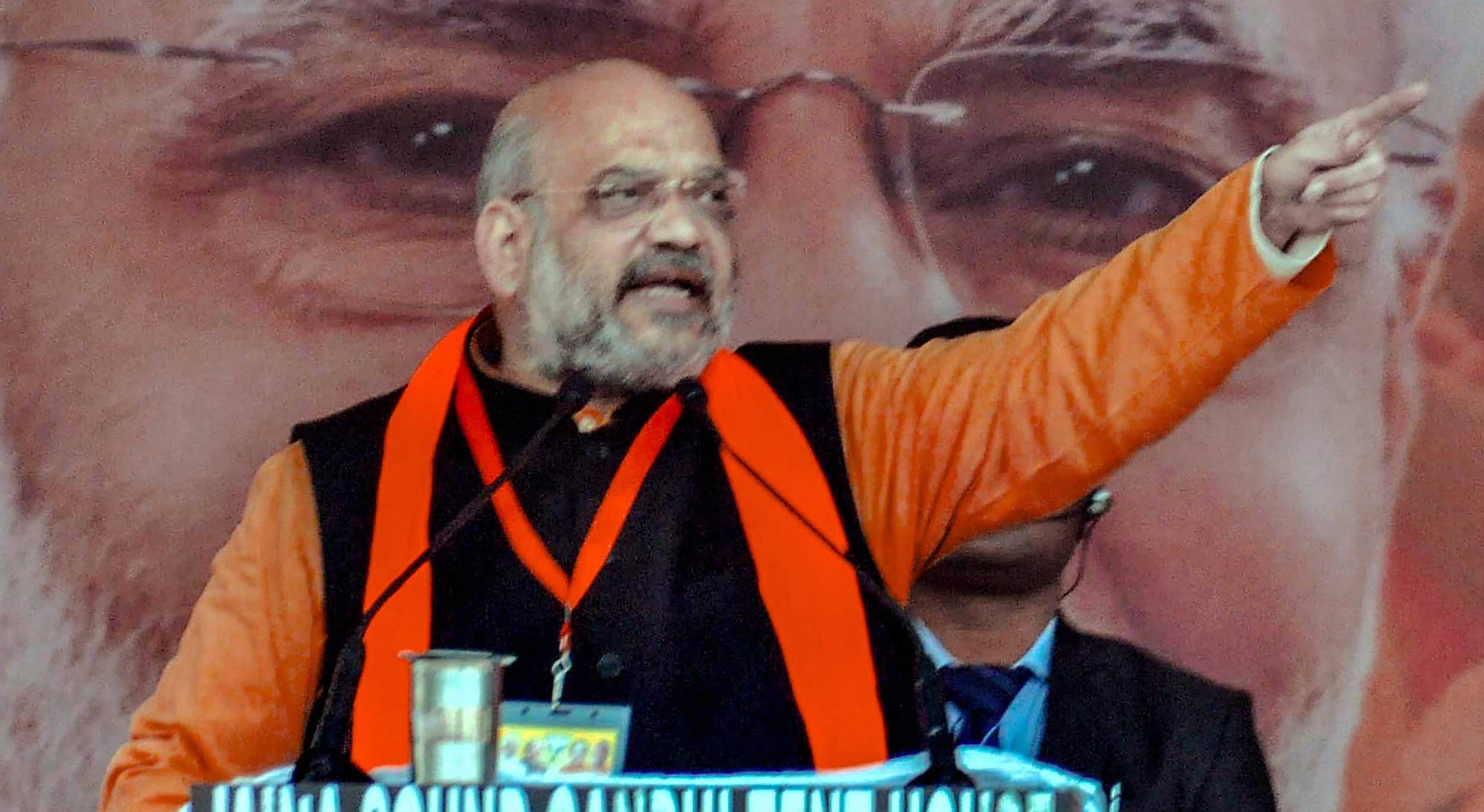 BJP national chief Amit Shah on Saturday claimed Narendra Modi was the world’s most popular leader while a “small party worker” like himself had risen to be its president as he sought to make a distinction between his cadre-based organisation and others.

“The cadres are more important in our party than the leaders,” Shah said in Dehradun while addressing a meeting of booth-level workers from Uttarakhand’s Haridwar and Tehri Garhwal districts.

“The BJP workers are its backbone. The workers in other parties bank on their leaders to win elections. But the BJP banks on its booth-level workers. This is why even a small party worker like me becomes its national president. The BJP also makes a poor chaiwallah the Prime Minister of the country,” he told the party workers.

The meeting, attended by Uttarakhand chief minister Trivendra Singh Rawat, had been called to review preparations for the Lok Sabha elections due this summer.

“Today, the BJP has the most popular leader in the world,” Shah added, referring to Modi.

Modi has often said he was a tea-seller before he joined active politics, a claim Opposition leaders have dubbed a gimmick to gain the sympathy of the country’s poor ahead of the 2014 parliamentary elections.

Shah claimed that Opposition leaders had grown pale after stand-in finance minister tabled the interim budget in Parliament on Friday.

“The face of the Congress president (Rahul Gandhi) also turned pale to hear the budget speech of Piyush Goyal. The target of the Modi government is to eradicate poverty from the country. But their target is to grab power,” Shah said.

Shah also took a swipe at the planned Opposition alliance for the elections, saying it wouldn’t succeed in BJP-ruled Uttarakhand.

“Who will attend a public meeting of Chandrababu Naidu? Is there anybody interested in hearing Mamata Banerjee?” he said.

Naidu, the Telugu Desam Party chief who heads the government in Andhra Pradesh, has been trying to form an anti-BJP alliance with the Congress.

Mamata, Trinamul boss and Bengal chief minister, had last month hosted a mega rally of more than 20 Opposition parties in a bid to form a grand alliance to topple the BJP government at the Centre.

Shah also targeted Bahujan Samaj Party chief Mayawati and Samajwadi Party president Akhilesh Yadav. “Bua (aunty) and Babua (kid), who didn’t like seeing each other’s face in the past, have now joined hands to defeat the BJP. But they will not succeed in their plan,” he said, referring to the Uttar Pradesh alliance the rival-turned-friends have formalised for the 2019 general election.

In 2017, when the BSP and the Samajwadi were still rivals, Akhilesh, Samajwadi patron Mulayam Singh Yadav’s son, would ridicule Mayawati by calling her his Bua. He has not used the term even once after the heartland twins reached a seat-share deal for the coming elections.

As for Mayawati, she would refer to Akhilesh as Mulayam’s “Babua”.

Shah held a similar meeting of booth-level workers in Amroha district in western Uttar Pradesh where he claimed that criminals had fled the region ever since Yogi Adityanath took over as chief minister.