Check out numbers for transfers to states, GST collections and income tax 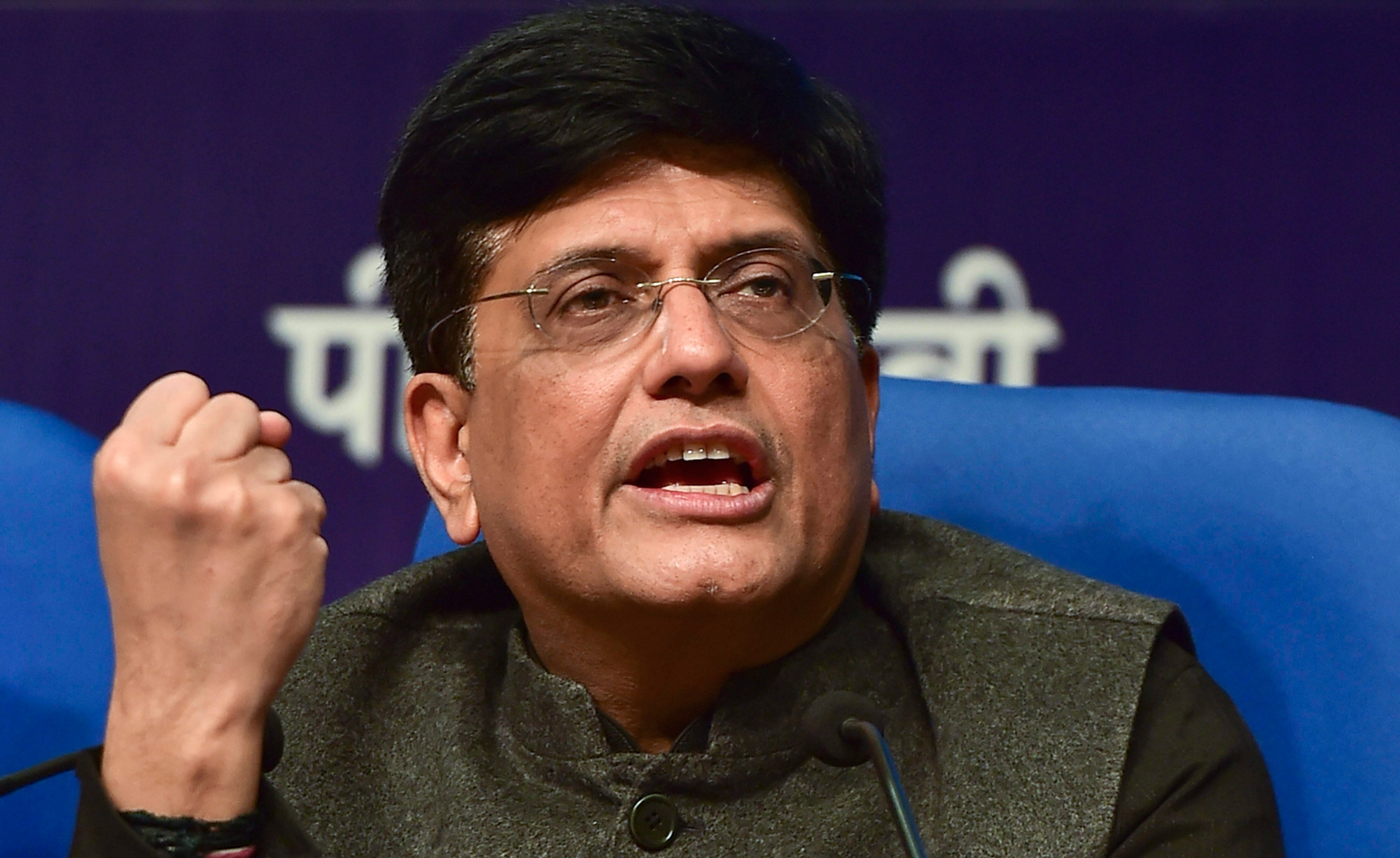 Finance minister Piyush Goyal tried to make people happy with his maiden budget ahead of the Lok Sabha polls, but ended up serving on a platter ammunition that chief ministers such as Mamata Banerjee, Arvind Kejriwal, H.D. Kumaraswamy and N. Chandrababu Naidu are likely to make full use of in the hustings.

The campaign managers of the opposition parties — champions of federalism, which talks about more power for the state governments — will be happy with the numbers tucked in the receipt budget that contain details of the earnings of the government, after deducting the share it forgoes for the states.

One of the pet peeves of the champions of the federal cause has been that the Centre takes it all and leaves very little for the states. With Goyal’s budget papers, the likes of Mamata and Kejriwal can buttress their claims with numbers.

The numbers show that the transfer from the Centre to the states for 2018-19 is around Rs 27,000 crore less than what finance minister Arun Jaitley, on medical leave in the US, had proposed in his budget last February.

This roughly translates into a loss of more than Rs 1,000 crore for the bigger states and the Opposition-led state governments would not accept the cut silently.

This cut will raise questions. Not just the cut, the budget arithmetic will also throw up difficult posers for Goyal, whose speech lasted for 105 minutes, the longest for an interim budget, so far.

And a closer look at the numbers throw up the answer. The receipt side clearly reveals that despite the tall claims by the Narendra Modi-government, the collections from the much-hyped goods and services tax (GST) have been around Rs 1 lakh crore less than the projections Jaitley had made in his budget speech. If one falters on the revenue side, the share for the states has to be cut.

The poor show on the GST front will also become handy for Mamata and her counterparts in the Opposition-ruled states, as they will highlight how the projections went awry despite Modi’s claims of GST being a game-changer.

The contentious tax — believed to be one of the main reasons behind the BJP’s falling approval ratings among the trading community — will surely haunt the saffron camp in the poll season.

Those in charge of budget preparations in the finance ministry must have had a tough time dressing up the receipt budget and the evidences are clear if the budget and revised estimates under the heads of corporation tax and collections through customs duty are looked at. The government is expected to earn a whopping Rs 50,0000 crore more than its estimate as corporation tax, while customs duty collections will be higher by around Rs 18,000 crore.

This assumption revenue buoyancy — given last year’s overall economic condition in the country — may be questioned. Similarly, the arithmetic for the next year can also challenge the understanding of macroeconomists. Despite this year’s shortfall, the finance minister has projected the GST collection to grow by more than Rs 1 lakh crore in the next fiscal. Goyal is also hopeful of increases in corporation tax and income tax collection by around Rs 1 lakh crore each.

That means he is expecting a Rs 3-lakh-crore bonanza from three heads and that is likely to fund the Rs 75,000-crore largesse he announced for the farmers in his budget speech.

More than the question of whether the Rs 6,000-a-year dole that Goyal wants to distribute in villages will give any relief to farmers, the bigger issue is whether his revenue mobilisation target will be met.

Take for instance the collection goal that he has set for himself on the income tax front even after raising the full tax rebate to Rs 5 lakh a year. In his own assessment, the move will benefit around 3 crore people and would cost Rs 18,000-crore to the exchequer.

The calculations may send the income tax officials in a tizzy, as the sop is likely to cost much more if the collection details in various earning brackets are checked closely.

And finally, Goyal has said that fiscal deficit for next year is expected to be at 3.4 per cent of GDP after revising the target for this year to 3.4 per cent. Fiscal deficit is the difference between the government’s revenue receipts plus non-debt capital receipts and the total expenditure and that’s why is reflective of the total borrowing requirements.

Displaying his political prudence, Goyal did not impose any fresh taxes but increased expenditure. Now, if A represents expenditure and B represents earnings and C represents fiscal deficit, how can Goyal keep C the same next year after increasing A and reducing B (by knocking off over 3 crore tax payers from the net).

Amid allegations from the Opposition that the jittery ruling regime presented a budget to woo voters, team BJP — who produced an unprecedented Modi, Modi chant inside Parliament — said they were confident of winning the polls. If that happens, Goyal will have a difficult task defending these numbers. And in case the 2019 polls throw up a different mandate, the next finance minister will be burdened with the arithmetic of this interim budget.

Budget reinvents meaning of interim with tax and farm sops 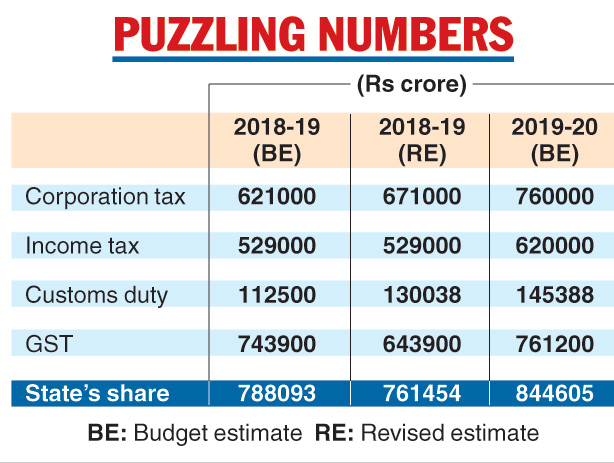