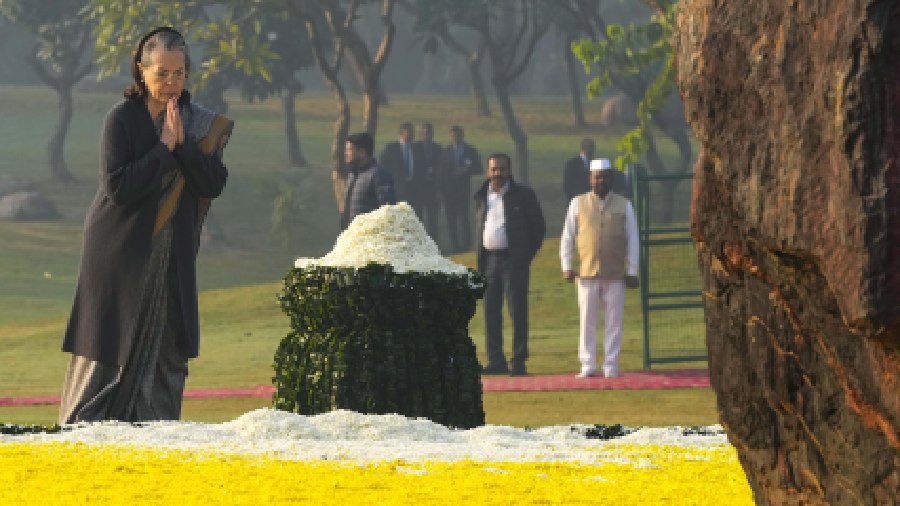 Tributes to our former PM Mrs. Indira Gandhi Ji on her birth anniversary.

"Paid floral tributes to the Iron Lady of India, former Prime Minister Smt Indira Gandhi Ji on her birth anniversary at Shakti Sthal. She will always be remembered for her indomitable spirit, courage and commitment towards a strong and united India," Kharge said on Twitter.

In another tweet in Hindi, he said, "Salutes to the 'iron lady' of India Mrs Indira Gandhi on her birth anniversary, an example of lifelong struggle, courage and efficient leadership." He also said that she sacrificed her life to preserve the unity and integrity of India and dedicated her life to the nation and Indians will remember her for her political determination.  Former Congress chief Rahul Gandhi also paid tributes to Indira Gandhi during his Bharat Jodo Yatra in Maharashtra.

He also shared a video of her life on Twitter.

She will always be remembered for her indomitable spirit, courage and commitment towards a strong and united India. pic.twitter.com/rKA2zinhmX

"She grew up in the freedom struggle, learnt from the great leaders of India, and was her father's darling. She was Durga for the country, and Kali for her enemies - fearless, bright, Priyadarshini...," Rahul said in a tweet in Hindi.

BJP MP Varun Gandhi also shared a picture of him with his grandmother. "Not just leadership, but generosity, not just power, but motherhood, tributes to the country's mother and my dear grandmother on her birth anniversary," he said in a tweet in Hindi.

The Congress also shared a video of Indira Gandhi's life and said, "Today, we remember the Iron Lady of India Late Indira Ji. Her role in the 1971 war was exemplary. She embodied service, patience, restraint and a decisive leadership."

The party also organised an event "Spirit of Unity" to observe the day which was attended by party president Kharge and Congress Parliamentary Party chairperson Sonia Gandhi. The special event is themed around '75 years of independence' and is being held at Indira Gandhi's memorial here.