The UP CM's reign has been marked by brutal rapes, murders, the recent poll violence, and Covid deaths the Allahabad HC termed 'not less than a genocide' 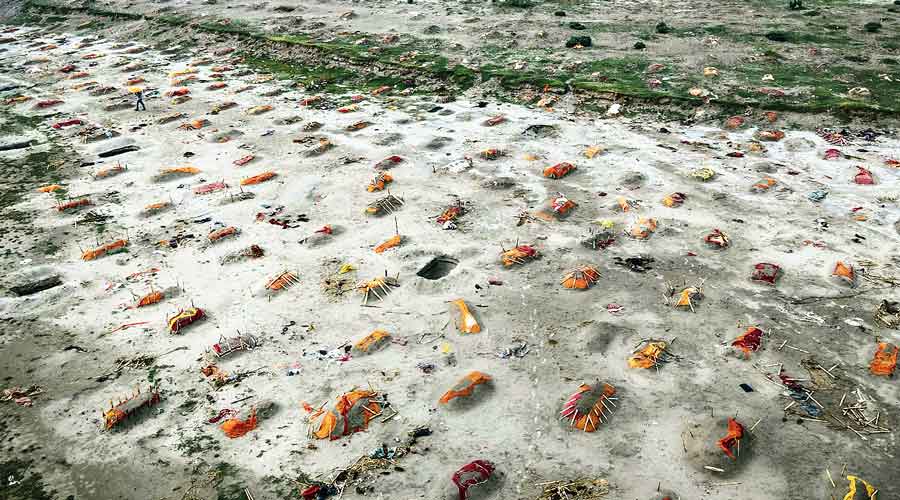 Bodies, some of them believed to be of Covid-19 victims, are seen partially exposed in shallow sand graves after rain washed away the top layer of sand on the banks of the Ganga in Shringverpur near Allahabad on May 20.
Getty Images
Piyush Srivastava   |   Lucknow   |   Published 16.07.21, 02:32 AM

At the peak of the second wave in May, Allahabad High Court had described the death of Covid patients in the state because of lack of oxygen supply as a “criminal act” and “not less than a genocide” by those in charge. The word “unprecedented” was at the time used mostly to describe the hundreds of bodies floating down the Ganga or buried in the sand on its banks.

Adityanath’s reign has also been marked by brutal rapes and murders in Unnao and Hathras, and violence at last week’s block pramukh elections that too was described as “unprecedented” by the Opposition. 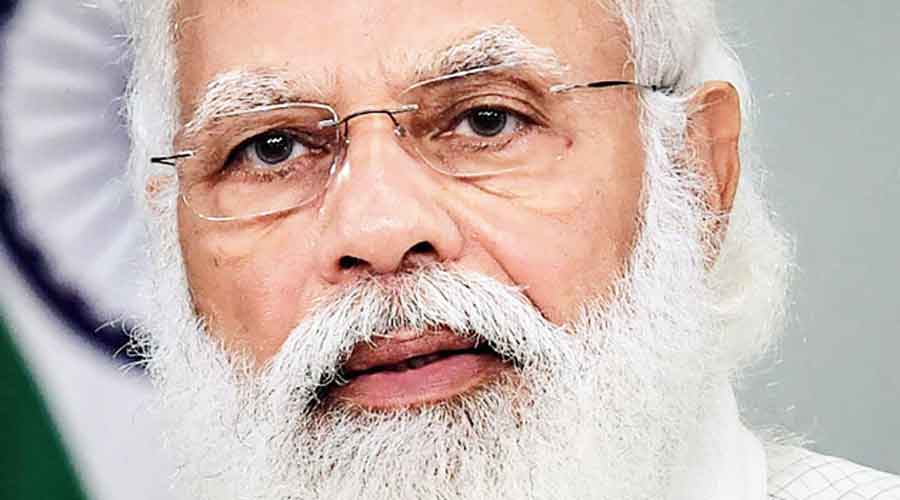 “The mutant coronavirus attacked dangerously with full force but Kashi and Uttar Pradesh efficiently faced such a huge crisis. The way Uttar Pradesh controlled the second Covid wave and stopped its spread was unprecedented,” Modi said on the Banaras Hindu University grounds during a trip to his parliamentary constituency of Varanasi.

“Yogiji is moving fast in the direction of forging a modern Uttar Pradesh. There is rule of law in Uttar Pradesh. Mafia raj and terrorism, which were out of control in the past, are now in the grip of the law. Those who targeted sisters and daughters cannot escape the law.”

The latest report of the National Crime Records Bureau lists 59,853 crimes against women and 7,444 cases of child sexual abuse in Uttar Pradesh in 2019, the highest in the country on both counts.

Modi’s praise for Adityanath comes at a time hoardings have been put up in Delhi showing the two of them and declaring Uttar Pradesh the “No. 1” state — a rare instance of large-scale promotion of a chief minister outside his turf.

Yet Adityanath’s chair had appeared shaky recently after only 30 per cent of the BJP-supported candidates won the zilla panchayat and block development council seats — the top two tiers of the panchayat system — while Samajwadi-supported nominees won 45 per cent. 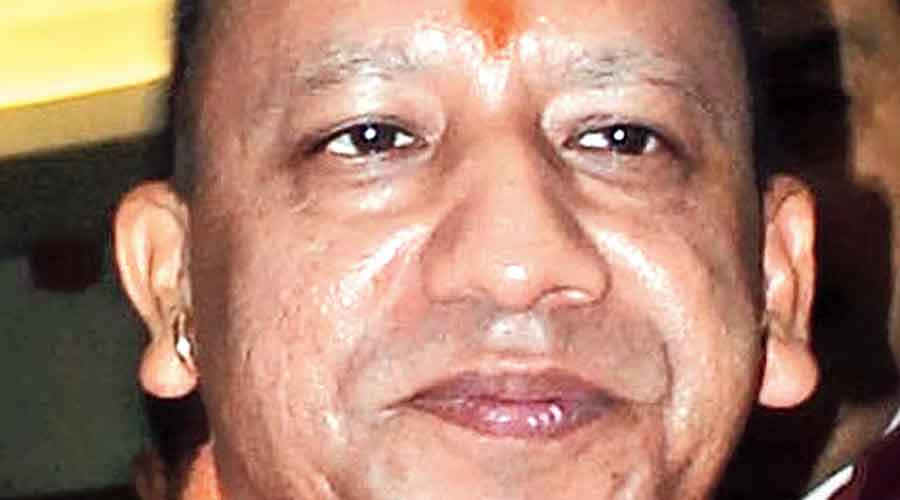 The chief minister was summoned to Delhi in late June, with sources claiming he was asked to explain the defeat as well as his highhanded functioning that was triggering dissidence and his Covid mismanagement that was giving Modi a bad press globally.

However, the BJP later managed to win 66 zilla panchayat chairpersons’ seats out of 75 and 635 block pramukh seats out of 825 amid allegations of violence, intimidation and abductions of voters — all elected representatives.

This appears to have turned the tide for Adityanath, with the BJP leadership throwing its weight behind him in the run-up to the Assembly elections, due next March, which is expected to be a barometer for the 2024 Lok Sabha polls.

On Thursday, Modi devoted the bulk of his half-hour speech to hailing Adityanath, who sat on the dais and was seen clapping whenever the Prime Minister praised him.

“Many medical colleges are in various stages of construction in Uttar Pradesh. Work is in progress to build 550 oxygen plants. Today I inaugurated 14 oxygen plants in Varanasi alone,” the Prime Minister said.

Modi inaugurated or laid the foundation stones for projects worth Rs 1,500 crore for Varanasi, which included roads, sewers and beautification drives. He inaugurated a renovated convention centre that has been renamed from Lokmanya Tilak Hall to Rudraksh.

Modi claimed he was developing Varanasi while maintaining the pilgrimage city’s traditional sanctity.

“While keeping its uniqueness intact, Varanasi is moving fast on the path of development. Unprecedented development is going on, whether it’s the construction of the national highway or flyovers, removal of the knots of tangled electrical wires, solving the problems of drinking water or sewers, or the development of tourism. It’s our wish and priority to clean and beautify Mother Ganga,” Modi said.

Saurabh Tiwari, a Varanasi-based advocate who accuses the Modi and Adityanath governments of destroying Varanasi’s original character and has filed a case with the National Green Tribunal, said: “Varanasi’s alleyways have been destroyed and the sewers blocked in the name of beautifying the roads. Actually, they are more into commercialising the city.”

He added: “The Ganga was never so polluted in Varanasi. Untreated sewage is flowing into the river these days.”

“The permissible limit is 500 per 100ml of water,” Tiwari has said in his petition.

Billboards across Delhi fete Yogi and ‘No. 1’ UP