Imprisoned since 1991, this is the first time she has been out on parole for 30 days 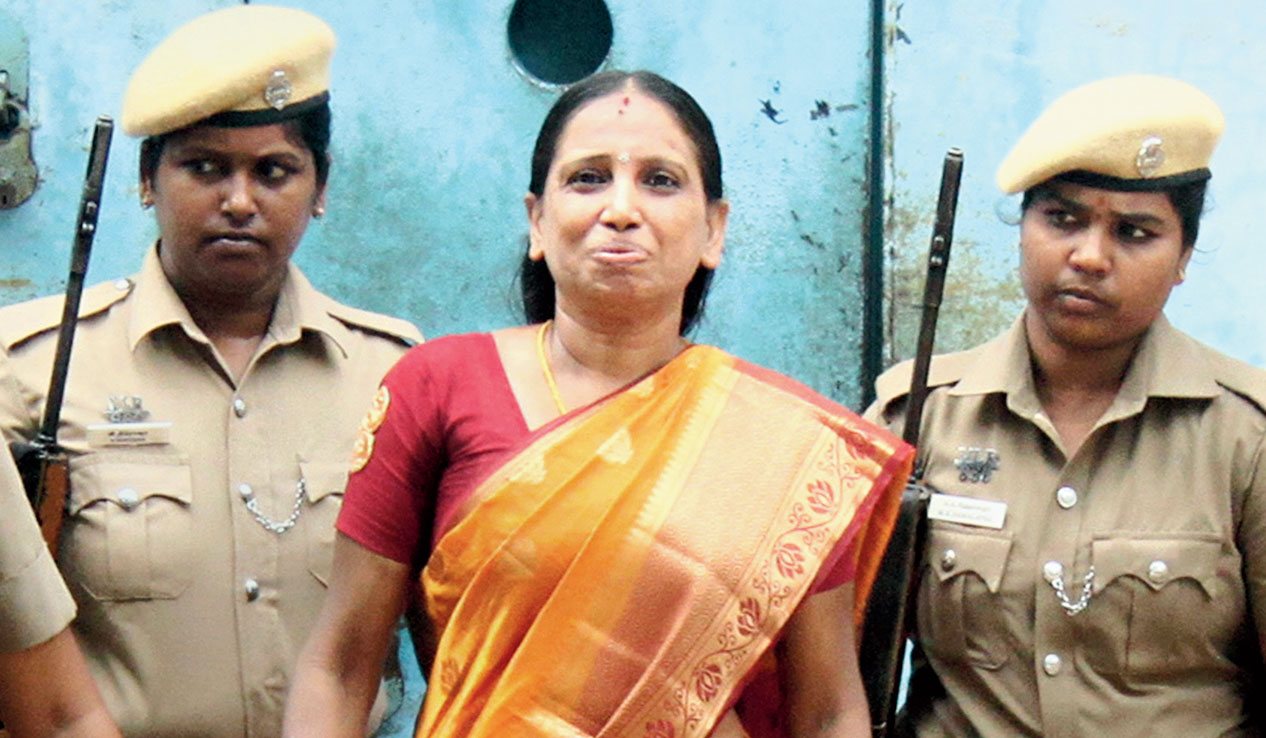 Nalini Sriharan, one of the seven convicts in the Rajiv Gandhi assassination case, was released from a prison in Tamil Nadu on Thursday on a 30-day parole amid tight security for her daughter’s wedding.

“She has been released on parole. The relief to her comes with several conditions,” a prison official told PTI.

The conditions of her parole include a bar on her from interacting with the media, political parties or personalities and an undertaking to keep good conduct.

She has to remain in Vellore district, more than 130km from Chennai. She will be staying in a location, which she had made known earlier to authorities amid security and she will also appear before a police station and sign a register, according to her legal counsels.

Earlier this month, Madras High Court had granted her leave after she argued her plea in person.

Nalini, lodged in the Special Prison for Women in Vellore for over 27 years, had sought six months leave to make arrangements for her daughter’s marriage.

Besides Nalini, six others, including her husband Murugan, a Sri Lankan national, are serving life imprisonment in the case related to the assassination of former Prime

Minister Rajiv Gandhi by an LTTE suicide bomber during an election rally at Sriperumbudur near here on May 21, 1991.