It could be due to the release of an excessive amount of pollutants in the drain, says forest department official 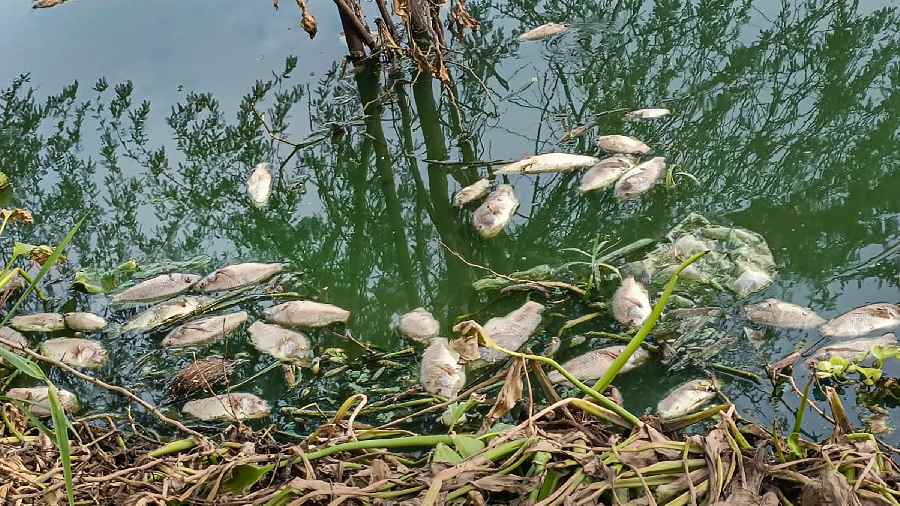 A huge number of fish have mysteriously died in the upstream stretch of the Najafgarh drain along the Delhi-Haryana border in the last few days, prompting the Delhi government to rush teams to the area to probe the incident.

Residents in the nearby Jhuljhuli village say fish in a pond in their village, around 150 meters from the drain, have also died.

The incident came to light on Saturday when a team of the forest and wildlife department was conducting a survey for tree plantation in the area.

"The number of dead fish could be in lakhs. It could be due to the release of an excessive amount of pollutants in the drain," a forest department official said on condition of anonymity.

The fish have died only in a five-kilometre upstream stretch of the drain between Rawta village and Dhansa dam in Haryana. The banks of the drain are littered with dead, rotten fish and the stench has filled the area, a spot inspection by PTI revealed.

No such incident has been reported at Najafgarh Jheel, the second largest water body in Delhi-NCR after the Yamuna.

Praveen Kumar, a resident of Jhuljhuli, said they have never seen something of this sort in the past.

"A massive number of fish have died. All the fish in the pond (in the village) have died too. It's been happening for the last three to four days," he said, pointing at the dead fish in the water body.

"We saw snakes scurrying out of the water and entering houses. We do not know what led to it. It's a mystery," Kumar, who works with the Delhi Police, said.

A senior official of the Delhi Pollution Control Committee (DPCC) told PTI that a team collected water samples from the drain on Sunday morning. Tests are being conducted to ascertain biological oxygen demand and dissolved oxygen levels and a report will be available in four to five days.

Biochemical oxygen demand (BOD) refers to the amount of oxygen consumed by bacteria and other microorganisms while they decompose organic matter in the water.

High BOD levels mean there is a high level of microorganisms in the water, and a high content of organic material that is broken down by the organisms.

If the BOD of a waste is high enough, the microbial population will quickly deoxygenate the water and render it unsuitable for other forms of marine life.

"However, it appears to be a natural event due to turbulence in water due to rain," the official said.

"But rain occurs every year. Why did it not happen in the past then?" asked Deepak Yadav from the village.

There is something that has disrupted the flow in the drain (upstream) and its ecology, he said.

Forest officials said there were reports that the dead fish were being collected to be sold in the open market which could put the health of people at risk.

The forest department is trying to get an autopsy of the fish done.

"There seems to be some discharge which has created a hazard for aquatic life," he said.

A team of the department has been sent to the spot to ascertain if some "unusual activity" has led to the mass death of fish.

The Najafgarh drain enters Delhi near Dhansa village and flows into the Yamuna. It is the largest drain in Delhi and accounts for around 60 percent of the wastewater discharged from the capital into the river.