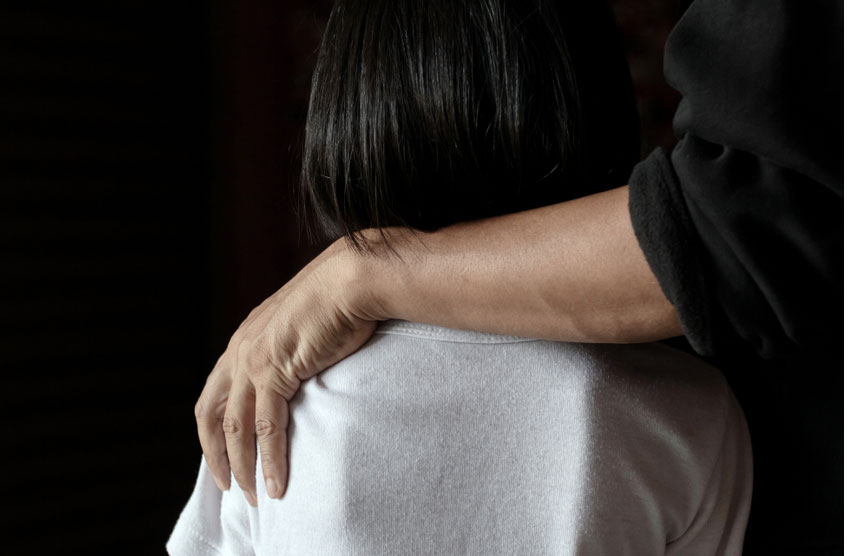 An FIR has been registered at Muzaffarpur’s all-women police station and raids are being conducted to arrest the accused: Maulana Maqbool and Muhammad Shoaib.
(Shutterstock)
Dev Raj   |   Patna   |   Published 10.11.19, 10:08 PM

A kangaroo court in Bihar allegedly blamed a pregnant 15-year-old girl, who had accused two men of repeatedly raping her, for her misfortunes and ordered the baby sold off and the money handed to her as “compensation”.

The alleged decision by the “community panchayat” at Katra in Muzaffarpur district, around 90km north of Patna, came to light after the girl, the daughter of a labourer, mustered the courage to approach police.

An FIR has been registered at Muzaffarpur’s all-women police station and raids are being conducted to arrest the accused: Maulana Maqbool and Muhammad Shoaib.

“The issue had been raging in our community panchayat since the beginning of this year, when the minor girl sought justice from it for being raped,” Muhammad Sadre, a member of the Katra Masjid Committee, told The Telegraph.

“She gave birth to a child last month. However, our panchayat held her responsible for her plight. It ordered that the baby be sold off and the money received given to her.”

He added: “As far as I know, negotiations were held with a family in Tajpur, in nearby Samastipur district, and the baby was to be sold to them for Rs 1 lakh. I could not intervene and don’t know whether the baby has been sold.”

Arun Kumar, mukhiya of the elected Katra panchayat, said the girl had approached him to intervene and secure justice for her.

“I told her that such crimes cannot be settled by a panchayat and advised her to go to the police. I also told her where she could get an application written for the police,” Kumar said.

“However, she chose to approach the mosque committee, which held its own panchayat a couple of times to settle the issue.”

Kumar had no clear answer why he had not taken the girl to the police himself.

After the community panchayat blamed her and ordered the baby sale, the girl approached the local police, who directed her to the district women’s police station.

An officer at the women’s police station said that various families of Katra used to send food to Maulana Maqbool, who stayed at the local mosque. Sometimes the families sent the girl to deliver food to him.

The officer alleged that one day Maqbool gave her some drug-laced sweets and raped her after she passed out.

“Her ordeal continued for around two months. The accused blackmailed her and threatened to kill her,” the officer said. “Later, a local youth, Shoaib, came to know about the situation and he too started raping her.”

Savita Devi, officer in charge of the women’s police station, said the girl had “come to us when all the other doors had been shut to her”.

“We have registered a case under the relevant penal code sections and also under the Protection of Children from Sexual Offences Act,” she said.

“We raided the village thrice but could not find the accused. We will put up posters about the accused.”

Senior officers said a DNA test was being considered to identify the biological father of the newborn.