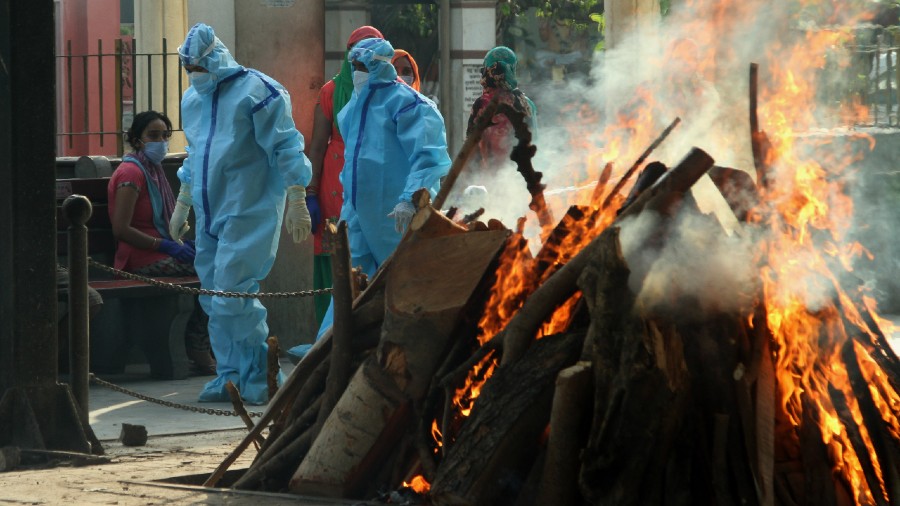 Mumbai has recorded its first death due to the Delta Plus variant of coronavirus with a 63-year-old fully vaccinated woman succumbing to it in July, a civic official has said.

Following her death, at least two of her close contacts have also been found infected with the Delta Plus variant, which is considered highly infectious, he said.

It is the second death due to this variant in the state as it had claimed the life of an 80-year-old woman from Ratnagiri district on June 13. That woman had not taken even a single dose of the Covid-19 vaccine, officials said.

In the latest case, the woman, a resident of eastern Mumbai suburb of Ghatkopar died on July 27 while undergoing treatment in a hospital ICU. However, it was only on August 11 that the state government authorities came to know that she was infected with the Delta Plus variant which came to light in the genome sequencing report, the Brihanmumbai Municipal Corporation (BMC) official said.

The woman had taken both the doses of Covishield vaccine, but tested coronavirus positive on July 21 with synonyms like dry cough, loss of taste, bodyache and headache, he said.

She was put on oxygen support and given steroids and Remdesivir as part of the treatment, the official said, adding that she did not have any travel history or history of reinfection.

Six close contacts of the deceased woman have also tested coronavirus positive. After their samples were sent for whole genome sequencing, two of them were found to have been infected with the Delta Plus variant, and the result of others is awaited, he said.

Two days back, the Maharashtra government had said that as many as 20 new cases of the Delta Plus variant were detected in the state on Wednesday alone and seven of them were in Mumbai.

With this, the number of patients found infected with this variant in the state had increased to 65, said a statement issued by the health department. Out of the newly detected cases, seven were in Mumbai, three in Pune, two each in Nanded, Gondia, Raigad, Palghar, and one each in Chandrapur and Akola districts, it had said.