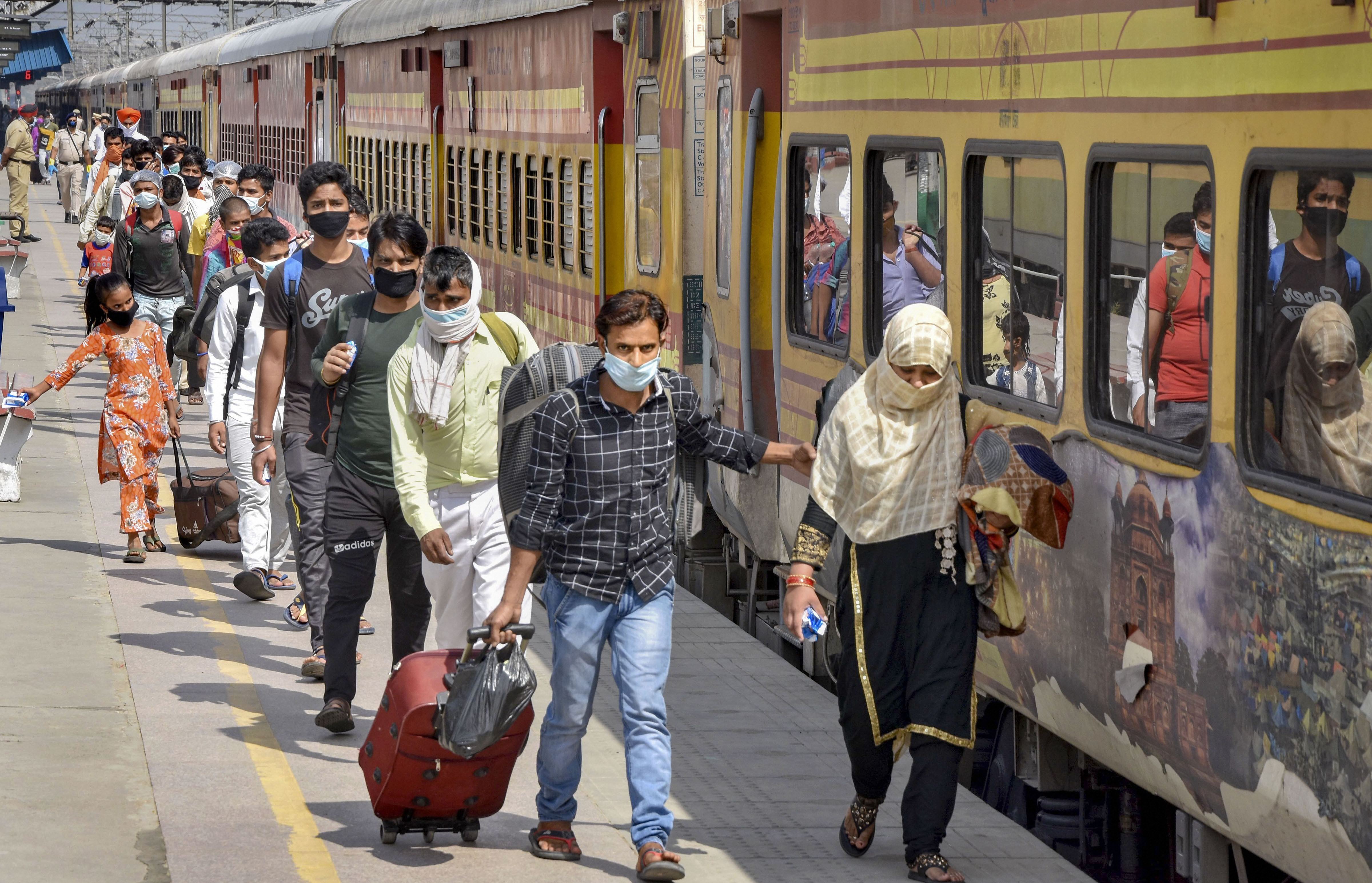 The Railways on Wednesday said it has run 115 Shramik Special trains since May 1 and ferried home over one lakh migrants stranded in various parts of the country due to the coronavirus-induced lockdown.

Of the 42 trains which have been planned for Wednesday, the railways has already run 22 of them. Twenty more trains are scheduled to run by tonight, it said.

Till Tuesday night, the national transporter had run 88 trains for the migrant workers who were stranded at their workplaces due to the coronavirus lockdown and wishing to go back to their homes.

All special trains have 24 coaches each with a capacity of 72 seats. But the national transporter is allowing only 54 persons in a coach to maintain the social distancing norms by not allotting the middle berth to any passenger.

The Karnataka government on Tuesday had cancelled 10 trains from the state which were planned over the next five days. However, it said three trains would depart from Bengaluru for Bihar as planned.

While the Railways has officially not stated how much it has spent so far on these services, which the government says has been shared on an 85:15 ratio with the states, officials indicated that the national transporter spent around Rs 80 lakh per service.

As on Tuesday morning, Gujarat was the originating station for around 35 of these trains, followed by Kerala with 13.

Among the receiving states, Bihar has accepted 13 trains, with 11 more currently on the journey and six in the pipeline, the data accessed by PTI shows.

Neighbouring Uttar Pradesh has received 10 such trains and five more are on their way and 12 in the pipeline, as per the data.

The West Bengal government has, however, given clearance to only two trains—one each from Rajasthan and Kerala—and they are on their journeys to the state.

Jharkhand has accepted four trains, while five are on their way to the state. Two more Shramik Special trains are in the pipeline.

Odisha has received seven trains and five are on their way to the state, with one more in the pipeline, the data shows.

Earlier, the railways drew flak from Opposition parties for making these services chargeable.