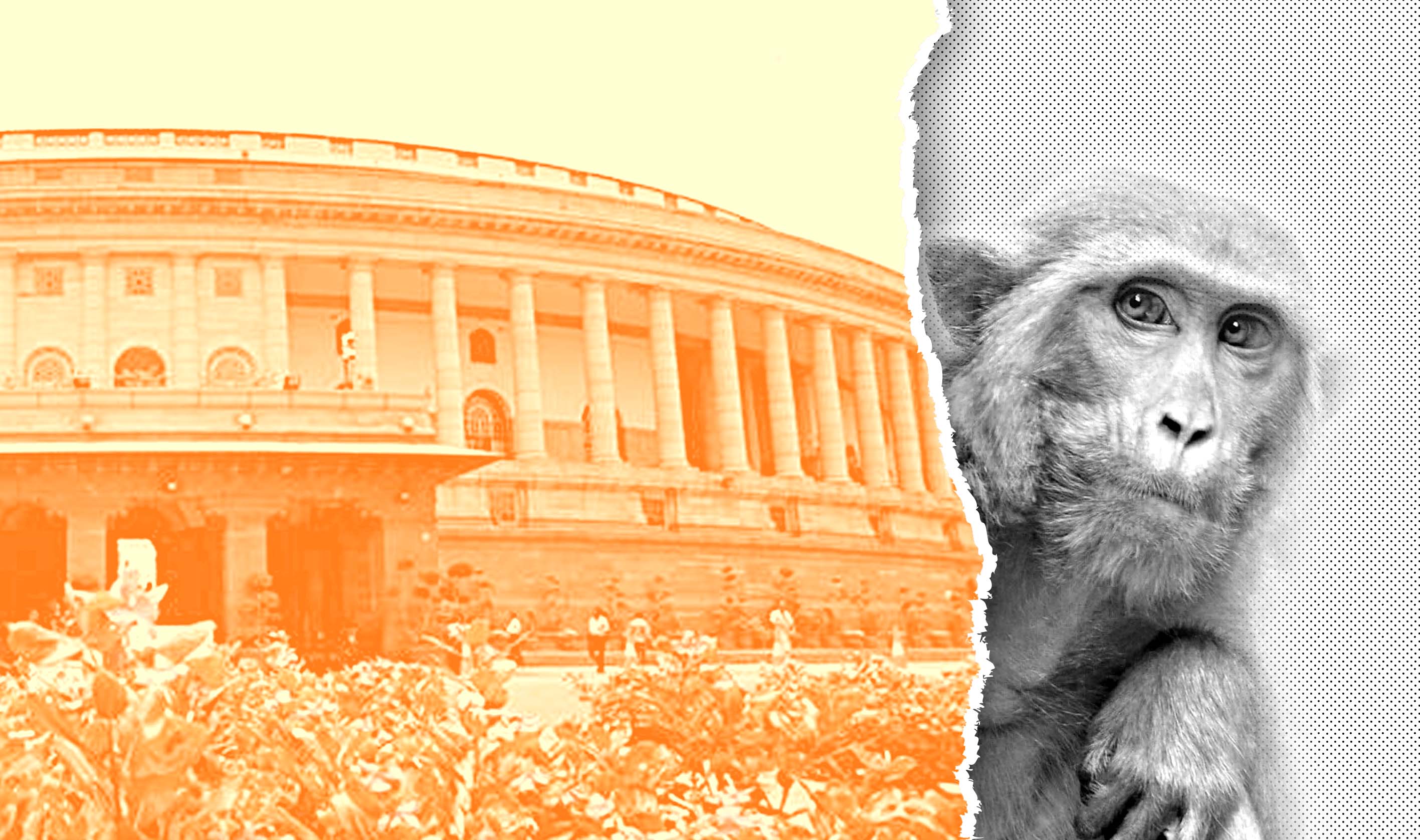 Delhi's lawless monkeys have struck again, leaving the seats of power shaken. So much so that the Lok Sabha secretariat has issued an advisory on how the harried MPs can avoid them inside the Parliament complex.

MPs across the board are heaving a collective sigh of relief. “It’s good the Lok Sabha secretariat has finally decided to address the monkey baat,” a Congress MP quipped, taking a dig at Prime Minister Narendra Modi’s Mann ki Baat radio programme.

No eye contact, no teasing — the secretariat has listed a number of dos and don’ts for MPs to tackle monkeys. We tell you how you can use the list when dealing with human beings as well.

Advice to MPs: When you see a monkey, leave it alone