On March 9, 2018, the high court had granted interim protection from arrest to Congress MP in the case 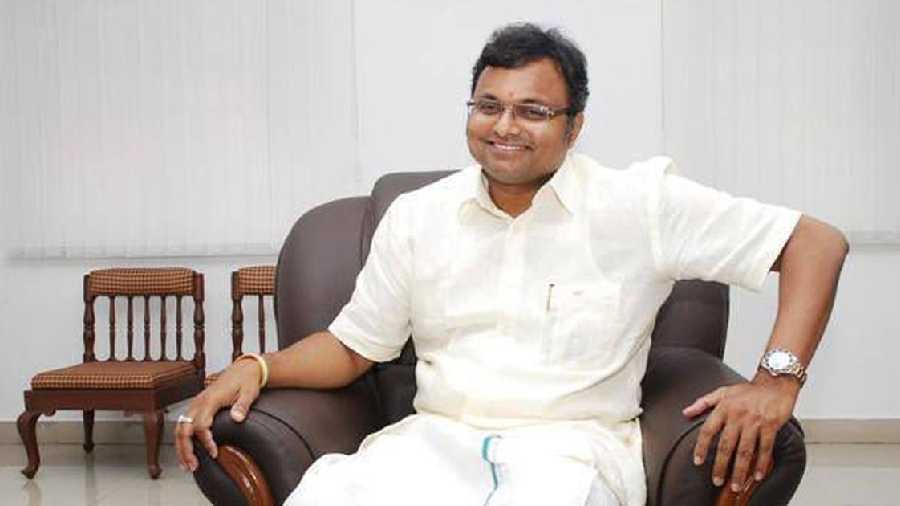 The Supreme Court on Wednesday allowed an application of Congress MP Karti Chidambaram, seeking an open court hearing of his petition to review the top court's last month's verdict upholding the sweeping powers of Enforcement Directorate's (ED) relating to arrest, investigation, and attachment of property under the PMLA Act.

A bench of Chief Justice NV Ramana and Justices Dinesh Maheshwari and CT Ravikumar, which considered the review application of Chidambaram in chambers said, "The application for an oral hearing is allowed. List the matter in the Court on August 25, 2022".

Chidambaram has also filed an application seeking a stay of the operation of the July 27, verdict.

In his review petition, he has said that the verdict has an error apparent and is against the provisions of the Constitution.

The top court had on Tuesday in a verdict on the application of provisions of Benami Transactions (Prohibition) Amendment Act, 2016 observed that its judgement on the Enforcement Directorate's powers under the Prevention of Money Laundering Act (PMLA) to take possession of a property before trial in exceptional cases leaves scope for arbitrary application.

A three-judge bench headed by Chief Justice N V Ramana has said that the ratio concerning Section 8(4) laid down by the PMLA judgement needs further explanation.

In its July 27 verdict, the apex court has said that the direction under Section 8(4) for taking possession of the property in question before a formal order of confiscation is passed should be an exception and not a rule.

Section 8(4) allows the ED to take possession of the attached property at the stage of confirmation of provisional attachment made by the adjudicating authority.

"In Vijay Madanlal Choudary & Ors v. Union of India, this court dealt with confiscation proceedings under Section 8 of the Prevention of Money Laundering Act, 2002 (PMLA) and limited the application of Section 8(4) of PMLA concerning interim possession by the authority before the conclusion of the final trial to exceptional cases.

"The court distinguished the earlier cases in view of the unique scheme under the impugned legislation therein. Having perused the said judgment, we are of the opinion that the aforesaid ratio requires further expounding in an appropriate case, without which, much scope is left for arbitrary application," the bench, also comprising Justice Krishna Murari and Justice Hima Kohli has said.

On July 27, the top court upheld the ED's powers relating to arrest, attachment of property involved in money laundering, and search and seizure under the PMLA that were challenged by multiple petitioners including politician Karti Chidambaram.

Observing that it is a common experience world over that money laundering can be a "threat" to the good functioning of a financial system, the apex court upheld the validity of certain provisions of the PMLA, underlining it is not an "ordinary offence".

The Centre has been insisting money laundering is an offence that is committed not only by unscrupulous businessmen but also by terror organisations, posing a grave threat to national security.

The top court had said authorities under the 2002 Act are "not police officers as such" and the Enforcement Case Information Report (ECIR) cannot be equated with an FIR under the Code of Criminal Procedure (CrPC).

It had said supply of an ECIR copy in every case to the person concerned is not mandatory and it is enough if ED, at the time of arrest, discloses the grounds of such arrest.

The petitioners in the case had raised the issue of the contents of ECIR not being disclosed to the accused.

The court had passed the verdict on a batch of over 200 petitions filed by individuals and other entities questioning various provisions of the PMLA, a law which the opposition has often claimed has been weaponised by the government to harass its political adversaries.

The court said section 45 of the PMLA, which deals with offences to be cognisable and non-bailable and have twin conditions for bail, is reasonable and does not suffer from the vice of arbitrariness or unreasonableness.

"The challenge to the constitutional validity of section 19 (power to arrest) of the 2002 Act is also rejected. There are stringent safeguards provided in section 19. The provision does not suffer from the vice of arbitrariness," the top court had said in its 545-page judgement.