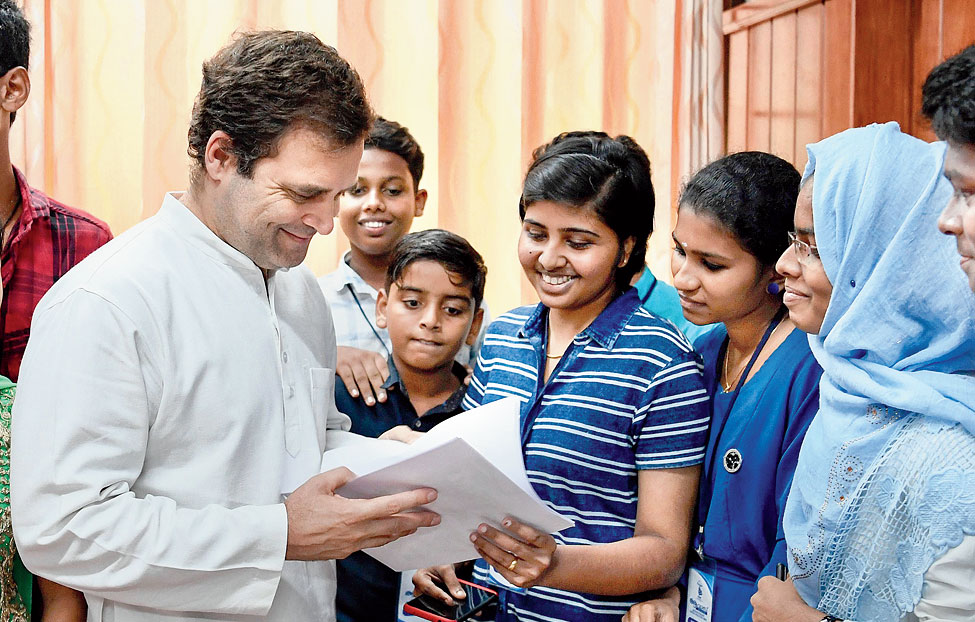 Congress chief Rahul Gandhi on Saturday said Narendra Modi’s Lok Sabha election campaign was filled with “lies, poison and hatred”, stepping up his attack on the Prime Minister on the second day of his thanksgiving trip to Wayanad.

Rahul, who is on a three-day visit to the Kerala constituency that elected him to the Lok Sabha, addressed party workers at Kalpetta, Kambalakkad, Panamaram, Mananthavady Pulpally and Sulthan Bathery.

A large number of workers of the Congress-led UDF, women and children thronged the route at all the places and the six receptions Rahul addressed.

Rahul had on Friday accused Modi and the BJP of spreading hatred and intolerance. On Saturday, he said Modi “uses hatred, anger and lies”, which are his “weapons”.

“At the national level, we are fighting poison. Modi’s campaign was filled with lies, poison, hatred and divided the people of the country. He used lies in the election.... The Congress stood for truth, love and affection,” he said, addressing the crowd at Kalpetta.

Bathery, where the last roadshow of the day was held, saw the maximum participation, with people waiting to catch a glimpse of their MP they had elected by a massive margin of about 4.31 lakh votes.

“My doors will be open for all, regardless of any ideology or political affiliation,” Rahul said.