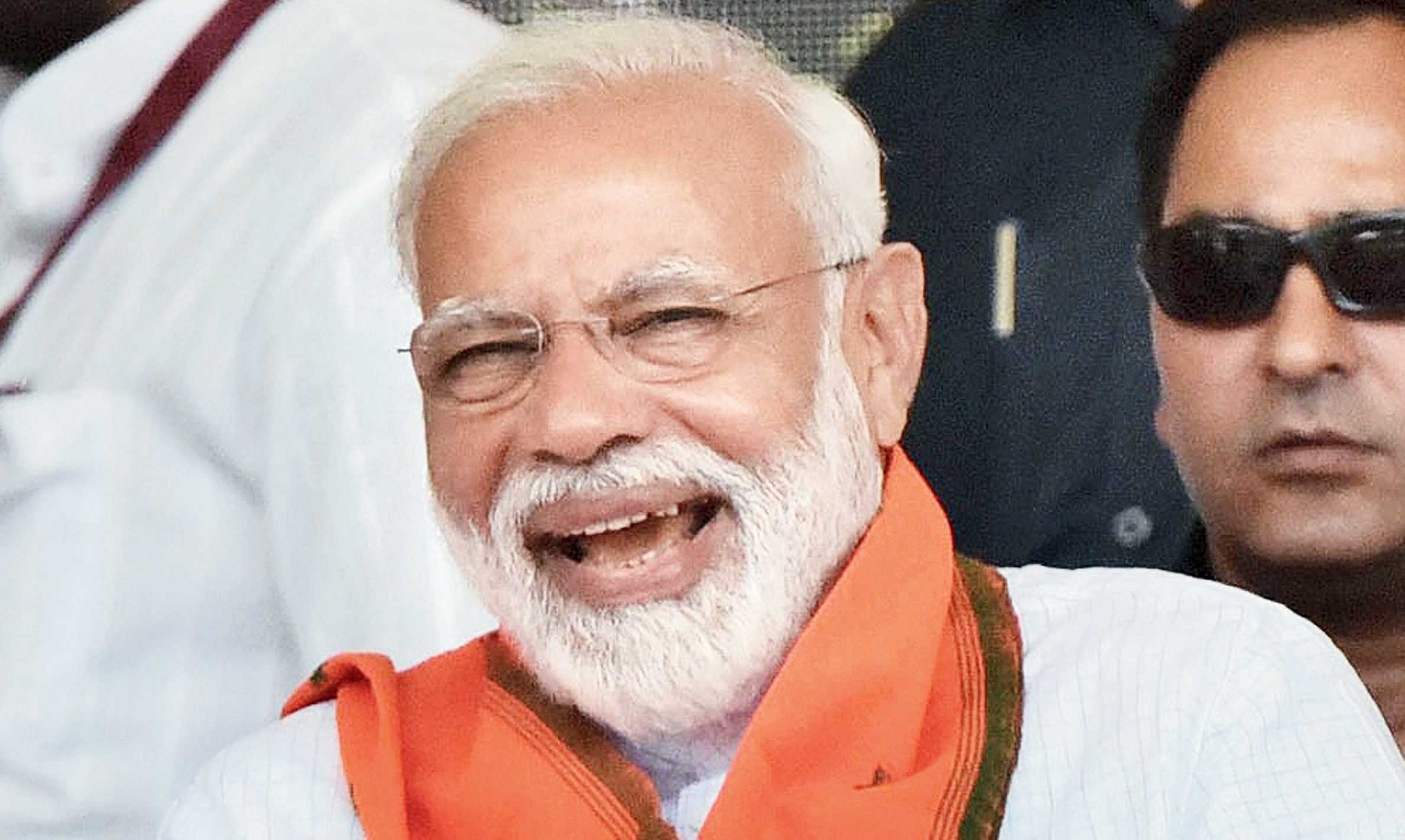 Prime Minister Narendra Modi on Saturday compared the Opposition’s “vote bhakti” with his “desh bhakti”, accused the Congress of conspiracy to link Hindus with terrorism and yet again sought votes in the name of the military action on Pakistan.

Addressing a campaign rally in Bihar’s Araria, 225km east of Patna, the BJP leader said: “Everyone knew that the terrorists had come from Pakistan during the 26/11 attack. But the then Congress government, instead of taking action against Pakistan, conspired to target Hindus. All this is nothing but the politics of vote.”

Around 42 per cent of the electorate of Araria, located in the Seemanchal region of Bihar, are Muslims. The BJP lost the seat in the 2014 Lok Sabha elections and also in the 2018 bypoll.

Modi claimed that while the Opposition did “vote bhakti”, he believed in “desh bhakti (patriotism)” and so his government acted tough whenever Pakistan created trouble in India.

“We conducted the surgical strike after the Uri incident and the air strike after (the) Pulwama (terror attack),” the Prime Minister said.

Modi dared his political opponents to seek proof of the surgical and air strikes, and claimed that after the first two phases of the Lok Sabha elections, the voters had shut the mouths of Opposition leaders.

Modi said “rumours” were being spread that the government would tinker with the reservations for SCs, STs and OBCs, and sought to allay fears by saying that the existing quotas would not be touched.

The Prime Minister claimed that his opponents could offer the benefits of quota to only their vote bank. “They have tried to do that in the past too,” he said.

The BJP is banking on a possible division of votes in Araria along religious lines.

In a recent audio clip, the purported voice of BJP candidate Pradeep Singh is heard instructing a supporter to play the Hindutva and nationalism cards to polarise voters. Pradeep, a former MP of Araria, has called the tape “fake” and accused the Opposition of hatching a conspiracy against him.

Voting in Araria and four other seats in Bihar — Jhanjharpur, Madhepura, Supaul and Khagaria — will be held on April 23.