Modi slams 'dynastic corruption', says it's part of political culture in some states

His remarks came ahead of the first phase of voting in the Bihar assembly election, where the BJP-JD(U) alliance has been targeting Tejashwi Yadav 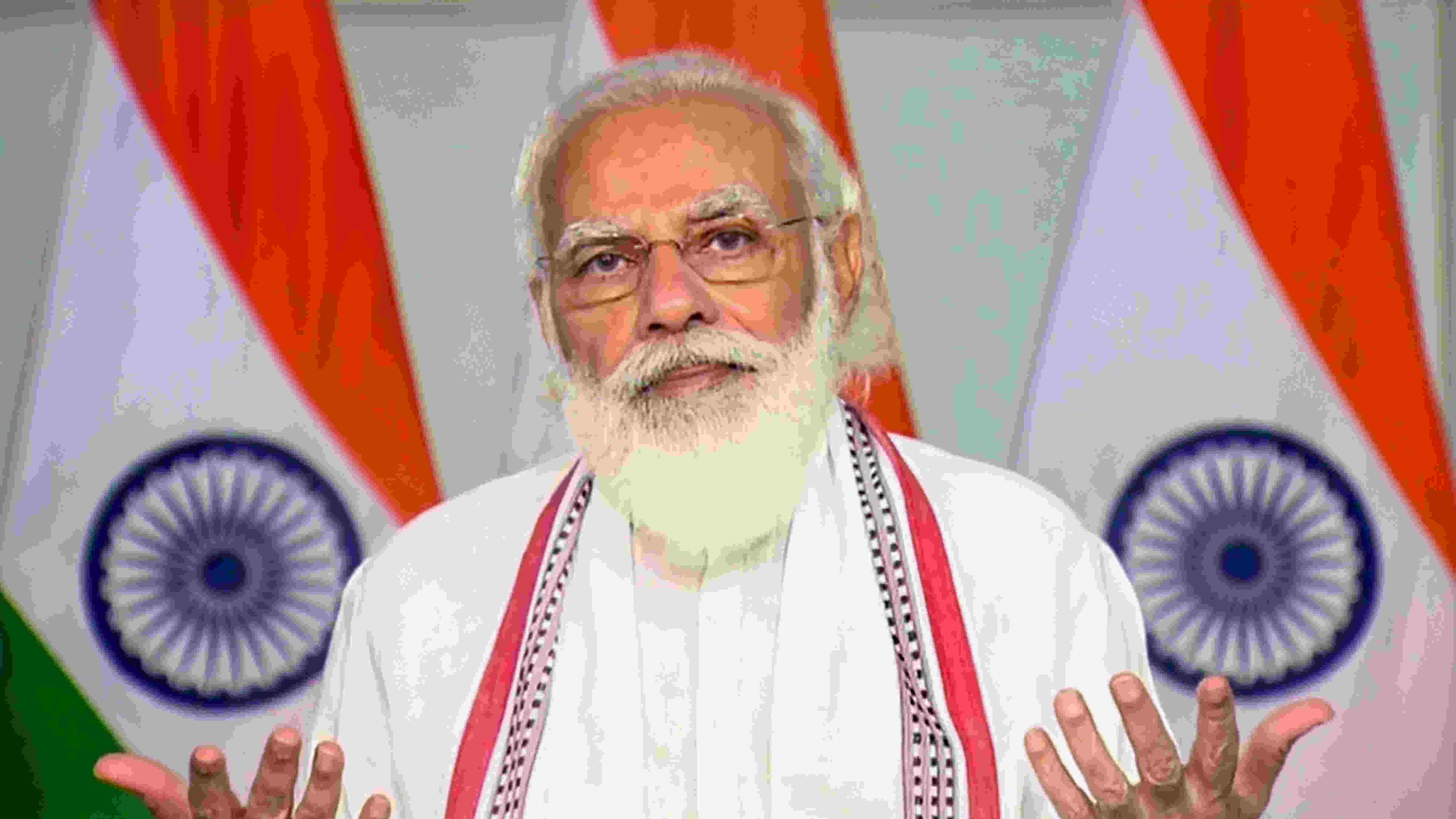 Prime Minister Narendra Modi during the inauguration of the National Conference on Vigilance and Anti-Corruption, via video conferencing, in New Delhi.
PTI
Our Bureau, Agencies   |   New Delhi   |   Published 27.10.20, 07:49 PM

Prime Minister Narendra Modi on Tuesday batted for strong action against "dynastic corruption", saying it has become a part of the political culture in some states and has emerged as a formidable challenge that is hollowing out the country.

Inaugurating a three-day national conference on vigilance and anti-corruption organised by the CBI, the prime minister said that inaction in a single corruption case forms the foundation for future scams and corruption.

"Dynastic corruption, as in corruption transferred from one generation to another, has grown over decades to become a formidable challenge before the country," he said

"During the past decades, we have seen that when one generation of corrupt people is not punished adequately, its subsequent generations indulge in corruption with more impunity," he said.

When a generation sees that a corrupt person in the family is let off without or very little punishment, their courage to indulge in corrupt activities grows manifolds, he said.

"Because of this, it has become a part of the political culture in some states. Corruption running through generations and the dynasty of corruption are hollowing out the country like a termite," Modi said.

His remarks came ahead of the first phase of voting in the Bihar assembly election, where the BJP-JD(U) alliance has been targeting Tejashwi Yadav, the chief ministerial candidate of 'Mahagathbandhan', over corruption cases against his jailed father and RJD leader Lalu Prasad.

When suitable action is not taken in corruption cases, it becomes normalised in society, the prime minister said.

"People know, the media knows that a person has made crores of rupees through corrupt means, but they also start taking it normally.

"This situation is a major obstacle in the growth of the country. It is a hindrance to a prosperous and self-dependent India," he said.

The prime minister said there is a need to have systemic checks, effective audits, capacity building and training against corruption.

"Fighting corruption is not a job of a single agency but is a collective responsibility," Modi said.

During the conference, senior officials of the government, including the Home Secretary, the Comptroller and Auditor General, and the Finance Secretary, will discuss crucial issues related to investigation challenges in foreign jurisdiction, matters linked to vigilance and corruption, amendments in Prevention of Corruption Act among others.

The national conference organised by the CBI coincides with the 'Vigilance Awareness Week', which is observed in the country annually from October 27 to November 2.

"Activities in this conference would be focused on vigilance issues aimed at raising awareness and reaffirming India's commitment to the promotion of integrity and probity in public life through citizen participation," a government statement said.