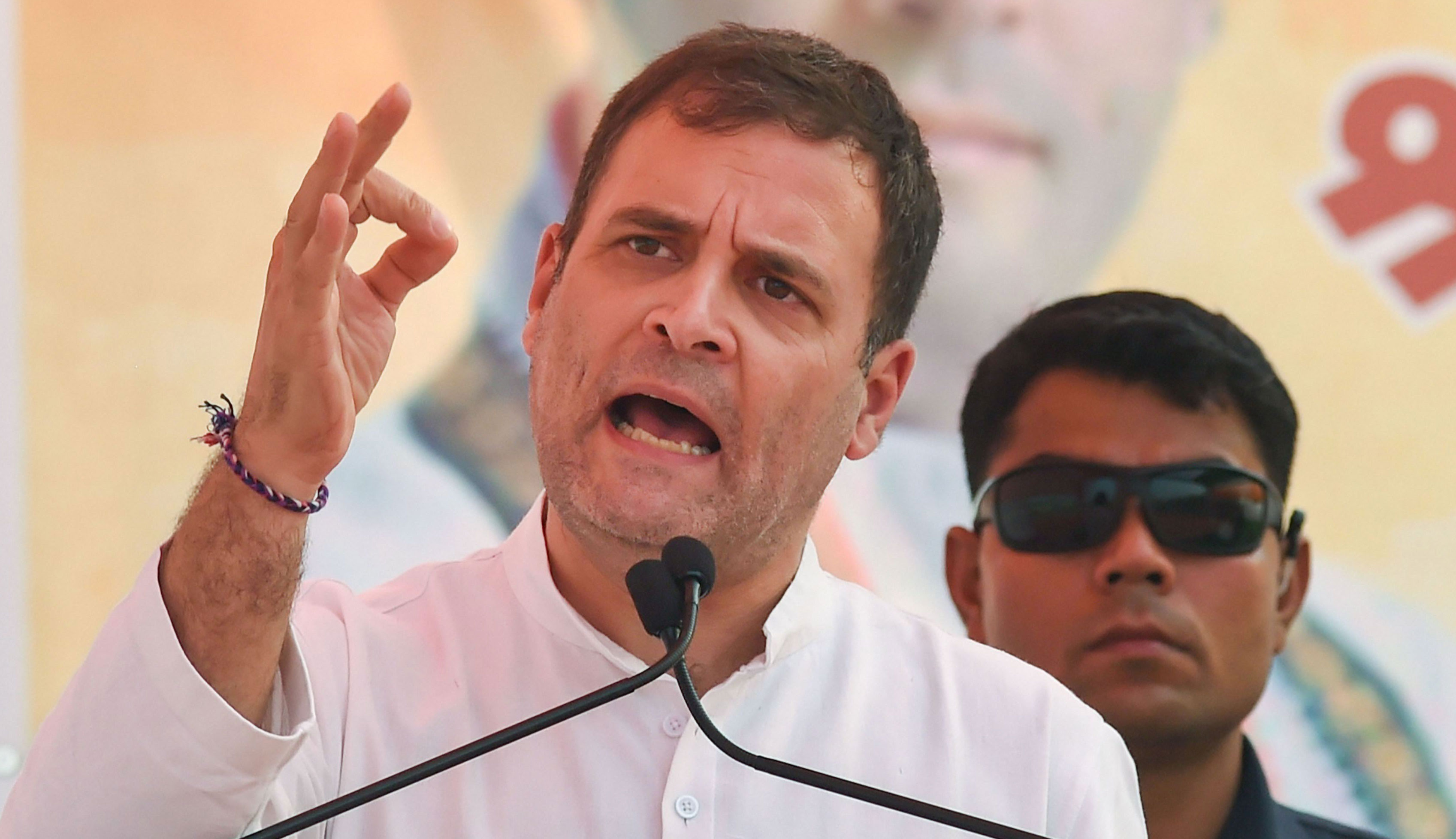 Rahul Gandhi on Monday described Prime Minister Narendra Modi as a “loudspeaker for Adani-Ambani” and insisted that the economic downturn cannot be reversed without money being put in the pockets of the poor, something he said the Congress’s proposal for a minimum income guarantee envisaged.

The Adanis and Ambanis are among the biggest corporate houses in India. Rahul cited how the government had “recently waived tax for corporate houses, giving them a relief of Rs 1.4 lakh crore”.

“No matter how much money you give them, the economic downturn cannot be reversed unless you put money in the pockets of the poor,” he argued.

“You have to enhance the purchase power of the people in the villages. That’s what Nyay (Nyuntam Aay Yojana, the minimum income scheme the Congress had promised ahead of the general election) sought to do. Money in the hands of the poor triggers economic activity.”

The former Congress president’s assertion came on a day Abhijit Banerjee, one of the economists the party had consulted before promising Nyay, was awarded the Nobel Prize for economics along with two others.

Rahul had been fascinated by the idea of Nyay and had built the party’s entire general election campaign around it. But many among the Congress’s senior leaders had been sceptical of the proposal, some of them dismissing it as “crazy”.

It was clear on Monday that neither the intra-party reservations nor the rout in the Lok Sabha polls had cooled the Wayanad MP’s enthusiasm for a minimum income guarantee programme.

Rahul recalled that a top economist had told him that one of the main reasons for the high economic growth between 2004 and 2014 was the anti-poverty Mahatma Gandhi National Rural Employment Guarantee scheme. The UPA government had introduced the programme, which provides for up to 100 days’ paid work a year to every rural household.

“Give whatever relief you want to your rich friends, unemployment will keep rising. Wait for six months and see what happens in India,” Rahul said.

“The economy is in ruins; job losses are rising. The entire country will rise against Modi if this economic slowdown continues.”

Rahul mounted a scathing attack on Modi, saying: “You can’t run the government for long by only fooling the people, by making only false promises. The economy is in ruins; factories are shutting down; the youth are crying out for jobs and the government is offering only lies, lies and lies. Big or small, you destroyed all the traders and industrialists. You talk of patriotism and sell the country’s assets to rich cronies.”

He added: “Be it Modi or (Haryana) chief minister Manohar Lal Khattar, they work for 15 rich people and ensure that the media do not show the truth. A contract has been awarded — the media won’t talk of unemployment…. Modi himself changed the Rafale contract but that won’t be discussed. There is an inspector raj, tax terror — but no discussion.”

While Rahul has been publicly critical of the media’s role earlier too, his tirades over the past two days appears to reflect a deep sense of frustration after the humiliating defeat in the general election.

He had said soon after the debacle that every institution had joined hands to prevent the Congress from coming to power. The Congress stopped participating in TV debates after the results were declared.

One feature of Rahul’s campaign in Maharashtra and Haryana over the past two days has been his authoritative declaration that the Congress would deliver on the promises he was making.

He used to say the same thing as Congress president, and his continuation in the same vein shows he is aware of his supremacy in the party.

“I don’t make false promises. You go to Madhya Pradesh, Rajasthan, Chhattisgarh, Karnataka, Punjab and see what I said was delivered,” he told a rally. “Whatever I will say from here will be delivered.”