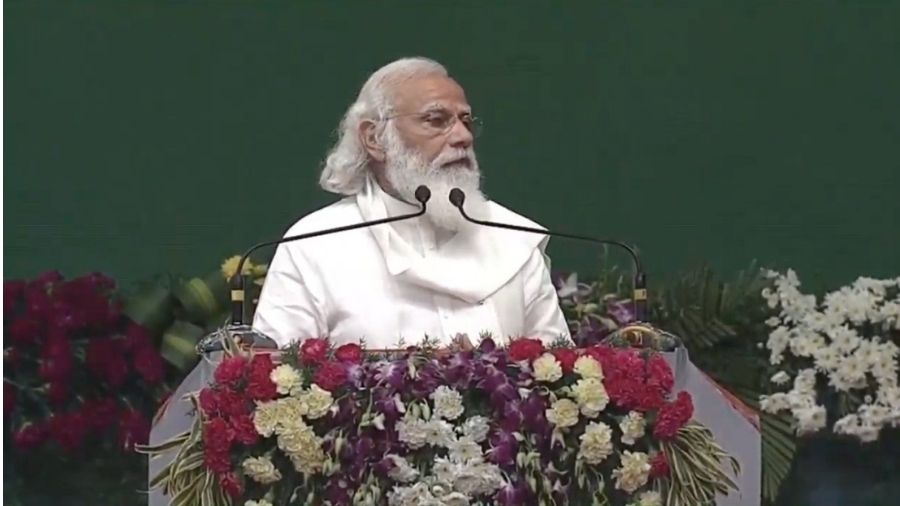 Prime Minister Narendra Modi on Sunday inaugurated the Chennai Metro Rail Phase-I extension and laid the foundation stone for several other infrastructure projects in different sectors, including railways, in Tamil Nadu, describing them as symbols of innovation and indigenous development.

He also said the decade was going to belong to India, adding the entire world was looking at it with positivity.

At a grand event at the Nehru Indoor Stadium here, he flagged off the 9.01 km service from Washermanpet to Wimco Nagar in North Chennai, completed at a cost of Rs 3,770 crore.

With this extension, the PhaseI covers a total length of 54.05 km and people can travel from the north Chennai locality to the airport in the south using the Metro rail.

He also laid the foundation stone for the Discovery Campus of IIT Madras, which will be built at nearby Thaiyur at an estimated cost of Rs 1,000 crore in the first phase over an area of 2 lakh sqm and the extension, renovation and modernisation of the Grand Anicut Canal System.

In his speech on the occasion, the Prime Minister said the infrastructure projects inaugurated were symbols of innovation and indigenous development.

Asserting that this year's union budget showed the government's commitment to reforms, Modi said: "The world is looking at India with great enthusiasm and positivity. This decade is going to be India's because of the hard work of 130 crore Indians."

He also highlighted the importance of conservation of water, saying it was not a national issue alone but a global one. "Per drop more crop," he added.

The venue, the sprawling Nehru Indoor Stadium premises, and the entire Periamet neighbourhood in the heart of the city came under a three-layered security blanket.

Traffic diversions and heavy deployment of police personnel were made as part of security measures for the Prime Minister's brief visit to the state this year.

Several youngsters at the venue sported T-shirts hailing the chief minister and many raised slogans praising Modi and Palaniswami.

Earlier, the Prime Minister arrived at the airport here, and then flew in a chopper to INS Adyar from where he drove to the function venue.

All along the way, a good number of supporters and the public turned up to greet the Prime Minister as artistes played traditional musical instruments to welcome him.

Modi waved at the people who waited on the kerb to have a glimpse of the leader.