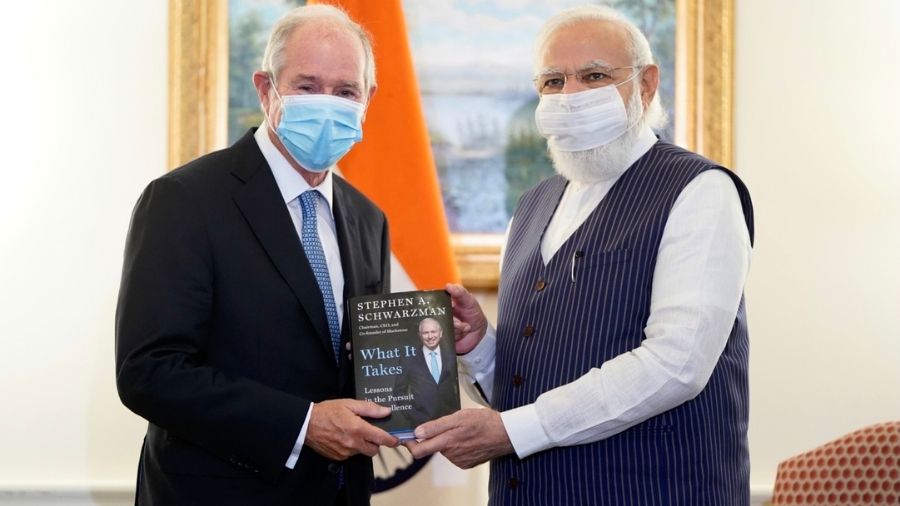 Top American CEOs and business leaders during their meetings with Prime Minister Narendra Modi here were appreciative of the recent reform measures in India and felt that there were significant investment opportunities in the country, Foreign Secretary Harsh Vardhan Shringla has said.

Modi, who arrived here on Wednesday on an official visit to the US during which he will hold the first face-to-face meeting with President Joe Biden on Friday, held separate meetings with top American CEOs and business leaders on investment in India on Thursday. Modi met Vice President Kamala Harris on Thursday.

Through the morning, had extensive discussions with top CEOs and business leaders on investment in India. They were appreciative of India's reform trajectory. Closer economic linkages between India and the USA benefit the people of our nations, Modi said in a tweet.

These CEO's included Shantanu Narayen from Adobe and Vivek Lall from General Atomics, Cristiano E Amon from Qualcomm, Mark Widmar from First Solar and Stephen A Schwarzman from Blackstone.

There is a clear message from the business leaders of their appreciation of the recent reform measures in India that has made India a more business-friendly environment, liberal investment rules across different sectors and they felt that there were significant investment opportunities in India, Shringla told reporters after the meetings.

The prime minister discussed 5G connectivity and the Digital India flagship programme with Amon, the CEO of Qualcomm.

The CEO was very very optimistic about India. He called it the number one growth destination for companies in the world, Shringla said.

In his meeting with Narayen, the Adobe CEO, the Prime Minister discussed education technology, startups, innovation, animation for the youth. There was a lot of discussion on how technology can benefit younger people, particularly students, school going students, he said.

Modi in a tweet said that Narayen is a great friend of India.

"I sat down with him to discuss interesting ideas relating to ed-tech, supporting Indian start-ups and boosting innovation. Shantanu expressed keenness to take the joys of video and animation to every child in India," Modi said.

Through the morning, had extensive discussions with top CEOs and business leaders on investment in India. They were appreciative of India’s reform trajectory. Closer economic linkages between India and USA benefit the people of our nations.

In his meeting with Lall, Chief Executive of General Atomics, the discussions centred around India's recent drone policy, including the Production Linked Incentive (PLI) scheme.

Drone is an upcoming sector in India and it is of particular interest to the youth. Interacted with Mr Vivek Lall of General Atomics Global Corporation and spoke about how India is ushering a paradigm shift in drones policy, seen in our PLI scheme and reform measures, Modi tweeted after the meeting.

During his meeting with Stephen Schwarzman, the CEO of Blackstone Group, investment opportunities in India, including those arising due to the National Infrastructure Pipeline and National Monetisation Pipeline were discussed.

The Blackstone Group has a very large presence in India and is a very significant investor in India.

He (Schwarzman) referred to India as the number one performing country in the world, said the foreign secretary.

His commercial success and intellectual prowess are admirable. We talked about India's investment potential and why our country is one of the world's most attractive destinations for investment, Modi said in a tweet after the meeting with the Blackstone CEO.

"We discussed the importance of semiconductors and the need for a reliable and geographically diverse supply chain," he said.

I also expressed Qualcomm's continued support for India's transition to 5G and a digitally empowered society, as well as its semiconductor supply chain initiatives. 5G represents a substantial opportunity for India and we look forward to working with the government, India's technology-forward startup community and local industry to make it a reality, Amon said.