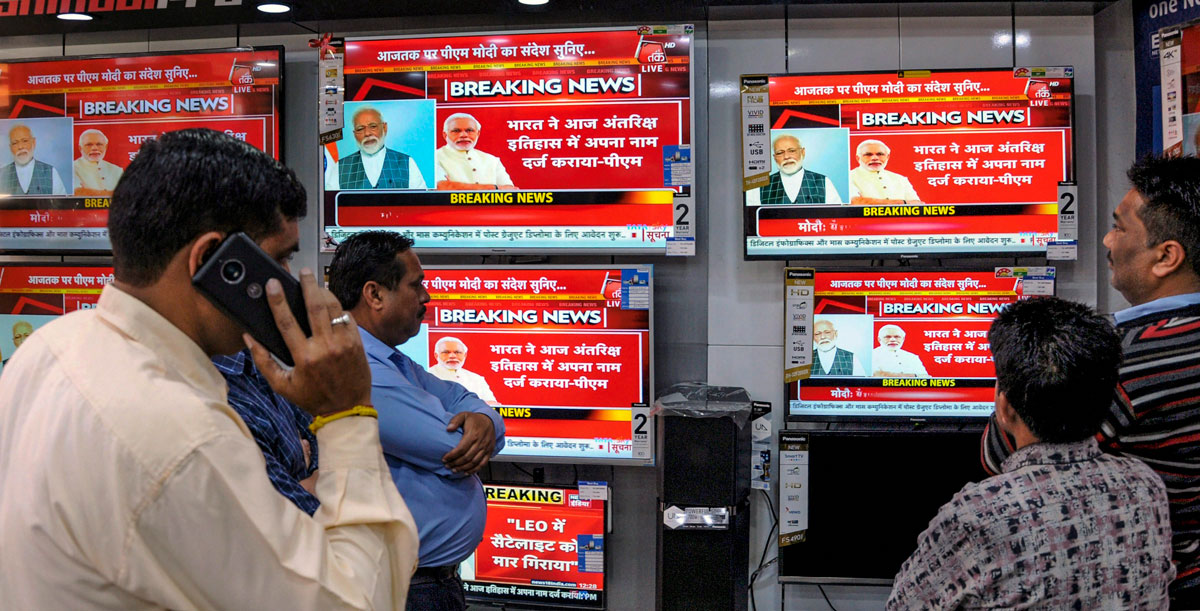 The Election Commission has set up a committee of officers to examine a complaint that Prime Minister Narendra Modi violated the model code of poll conduct on Wednesday by announcing the successful anti-satellite missile test.

The complaint came in a letter that CPM general secretary Sitaram Yechury wrote to chief election commissioner Sunil Arora. “Such a mission should normally be announced to the nation and to the world by the relevant scientific authorities like the DRDO,” Yechury wrote.

“I am sure that the entire country would like to know the special reasons why the Election Commission permitted the achievements of Indian scientists to be politically coloured during the course of the general elections.”

Through the day, the poll panel did not respond to questions from journalists. Late in the evening, it announced that a committee of officers would immediately examine the complaint and submit its report.

Spokesperson Sheyphali Bhargava Sharan said the committee would be headed by deputy election commissioner Sandeep Saxena, who heads the model code of conduct division. The number of members, the names of other members and the deadline for their report has not been revealed.

Bengal chief minister Mamata Banerjee was scathing. “Today’s announcement is yet another limitless drama and publicity mongering by Modi desperately trying to reap political benefits at the time of election. This is a gross violation of Model Code of Conduct,” the Trinamul boss tweeted.

“There is no great urgency in conducting and announcing the mission now by a government past its expiry date. It seems a desperate oxygen to save the imminent sinking of the BJP boat. We are lodging a complaint with the Election Commission,” she tweeted.

Former chief election commissioner T.S. Krishnamurthy told The Telegraph the model code is meant to provide a level playing field and the ruling party cannot make statements that could give them undue advantage in the elections.

“This does not prevent the Prime Minister from talking on matters of national security. It is for the EC to decide if his speech has content that can have undue influence on elections. I don’t find anything in what he said as a violation.”

Chapter 5 of the model code of conduct prohibits a minister and authorities from announcing “any financial grants, in any form, or, make promises thereof, or, lay foundation stones etc. of projects or schemes of any kind; or, make any promise of construction of roads, provision of drinking water facilities etc., which have the effect of influencing voters in favour of the party in power” after elections have been announced.

The chapter also clarifies in paragraph 5.1.4: “But enforcement of Model Code cannot be given as an excuse for not commissioning of the public utility schemes which are at the stage of completion or for allowing them to remain idle. Commissioning of such schemes can be done by civil authorities without any fanfare or ceremonies and without associating political functionaries, though the political functionaries may attend the functions as ordinary participants.”