Mahesh Sharma known to have a reputation for sexist and sectarian comments, described Priyanka Gandhi as 'Pappu ki Pappi' 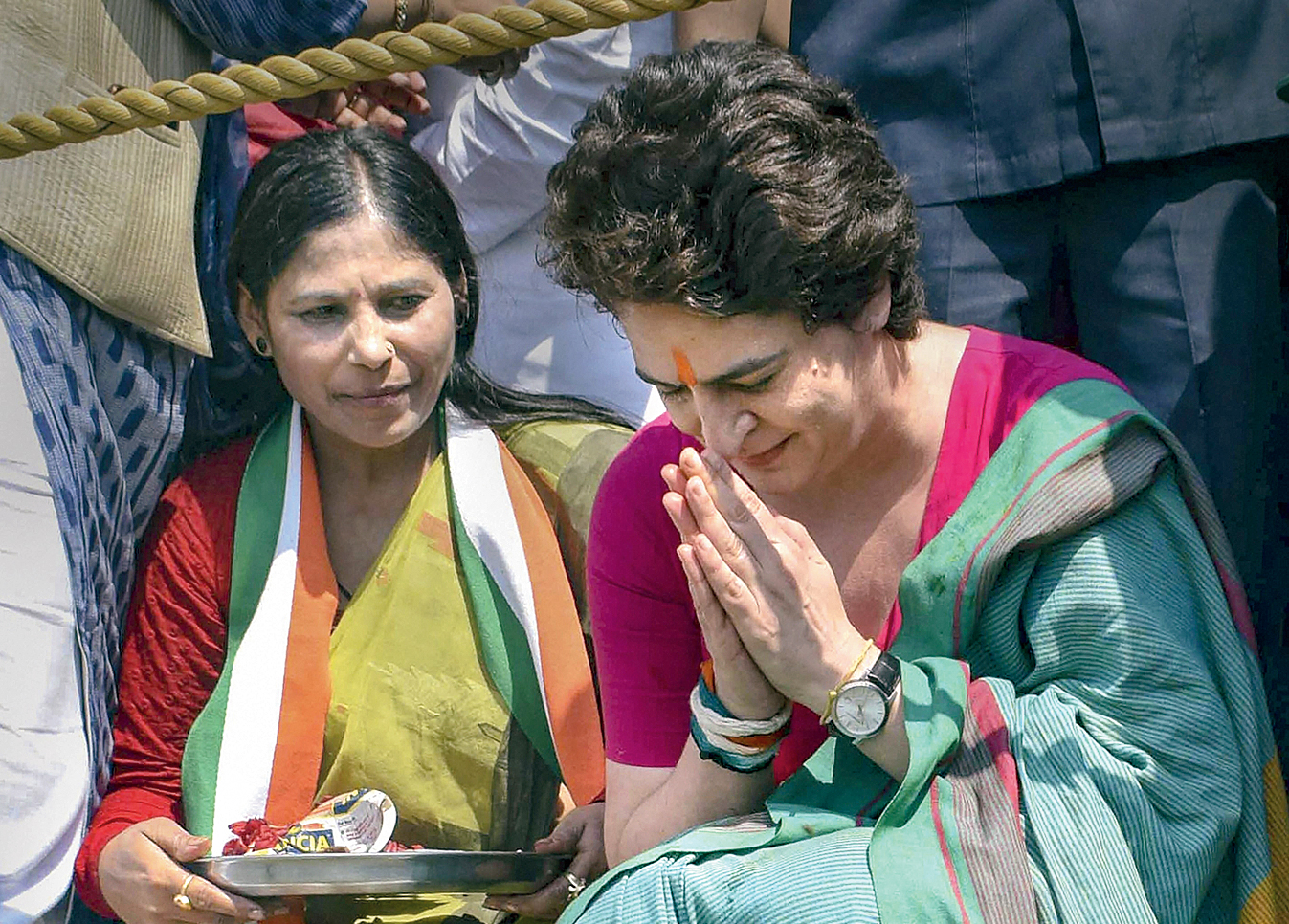 Priyanka offers prayers at Triveni Sangam on Monday at the start of her three-day Ganga Yatra from Chhatnag in Allahabad to Assi Ghat in Varanasi.
(PTI)
Piyush Srivastava   |   Lucknow   |   Published 18.03.19, 10:15 PM

“Pappu remained Pappu. I was in Parliament that day, and Modiji (Prime Minister Narendra Modi) was in the front row, when Pappu said he wanted to become Prime Minister,” Sharma told a rally in Bulandshahr, 500km northwest of Lucknow.

“Mayawati and Akhilesh Yadav were there (campaigning against Modi) and now the Pappi of Pappu too has entered (the scene).

Sharma has a reputation for sexist and sectarian comments. He had a few years ago said that women going out at night was not compatible with Indian culture, and that “women of three generations cook food in the same kitchen” in India while “in Europe, a 16-year-old leaves home”.

On another occasion, he had asserted that former President A.P.J. Abdul Kalam was a nationalist and humanist “despite being a Muslim”. 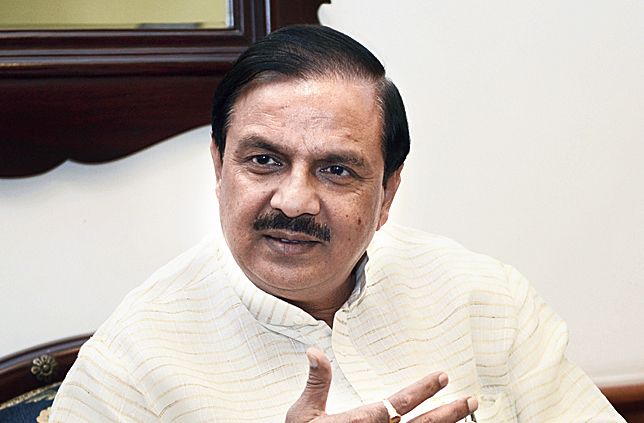 The Bengal chief minister had campaigned for a Trinamul Congress candidate in an Assembly by-election in Mathura in 2012, helping her nominee win.

Sharma said: “Brothers, earlier it was (Jawaharlal) Nehru, then Rajiv Gandhi, then Sanjay Gandhi, then Rahul Gandhi, then Priyanka Gandhi. And maybe there’s another Gandhi inside who too will come out.”

He seemed to have forgotten Indira Gandhi — as well as Maneka Gandhi and Varun Gandhi, who are BJP parliamentarians.

“Have you (the Nehru-Gandhi family) obliged the country? If you (the people) look beyond them, you will see our sher (lion), babbar sher (lion with a thick mane) Narendra Modi, standing in front of you,” Sharma added.

He added: “The way Sharma is making weird remarks against our leaders is proof that the BJP and Modi know they would lose the election. They have touched a new low in politics in sheer frustration.”

Earlier in the day, Sharma had termed God a fool for creating people but failing to arrange for their welfare and livelihood.“An MP cannot reach every village. The MP cannot make everybody happy. Even God cannot do this. If there’s anyone who is truly a fool, it’s God,” he told his supporters in a hall in Bulandshahr.

“He sent us to Earth; so it was his responsibility to take care of our children’s food and education. He should have arranged for bread, clothing, housing, employment and education.”