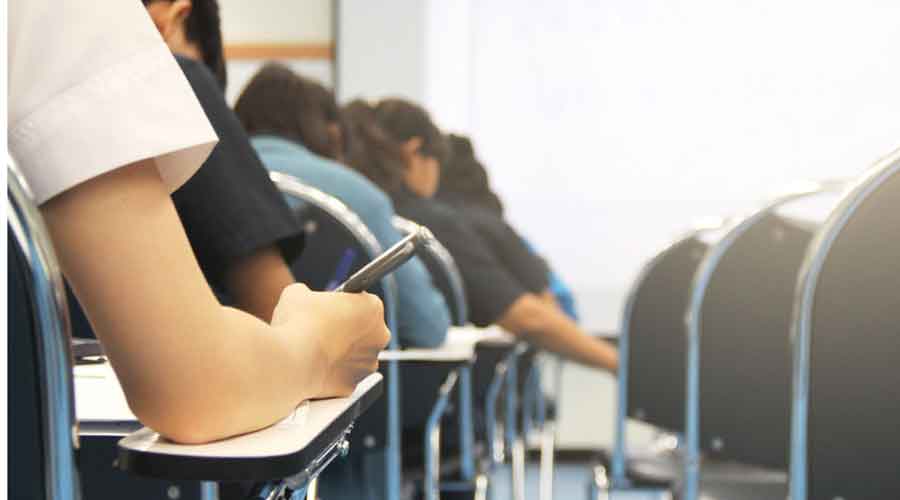 The ministry of human resource development (now known as the ministry of education) had in 2018 launched the Study In India programme, showcasing its top higher educational institutions to the world to achieve the enrolment of 2 lakh foreign students by 2023.
Shutterstock
Basant Kumar Mohanty   |   New Delhi   |   Published 11.06.21, 01:31 AM

India has made minimal progress in the first two years of launching an effort to increase the number of foreign students to two lakh by 2023.

The All India Survey on Higher Education (AISHE) for 2019-20 released on Thursday found that there were 49,348 foreign students enrolled in institutions in India against 47,427 in the 2018-19 academic year.

The ministry of human resource development (now known as the ministry of education) had in 2018 launched the Study in India programme, showcasing its top higher educational institutions to the world to achieve the enrolment of two lakh foreign students by 2023. The government selected top-ranked 160 higher educational institutions under the programme to create additional seats for foreigners.

The survey report, based on the feedback from educational institutions, stated that foreign students came to India from 168 different countries. However, 64 per cent of the students were from 10 countries that included Nepal (28.1 per cent), followed by Afghanistan (9.1 per cent), Bangladesh (4.6 per cent) and Bhutan (3.8 per cent).

He said popularising and promoting Indian higher education abroad was necessary. Without that, prospective students and their parents would remain unaware of the benefits of studying in India. To this extent, schemes such as the Promoting Indian Higher Education Abroad (PiHEAD) launched during the late 90s, or the Study in India programme launched recently, can play a critical role in generating awareness and in facilitating the identification and admission of foreign students.

“However, to attract international students in a large number, we shall have to invest heavily in improving quality and promoting excellence in our higher education. It is the promise, prospect and assurance of quality education that serves as the magnet,” he said.

“Even though tuition and living costs in India are much cheaper than the developed countries, the students are expected to meet the total cost out of their pockets as we are unable to offer them opportunities to earn while learning to support their expenses. We have also not been able to offer income and employment opportunities to international students that they are able to access liberally in many other countries,” he said.

N. Sai Balaji, a research student in Jawaharlal Nehru University, said many public universities, including the JNU, have increased their tuition fees for foreign students in the last two years.