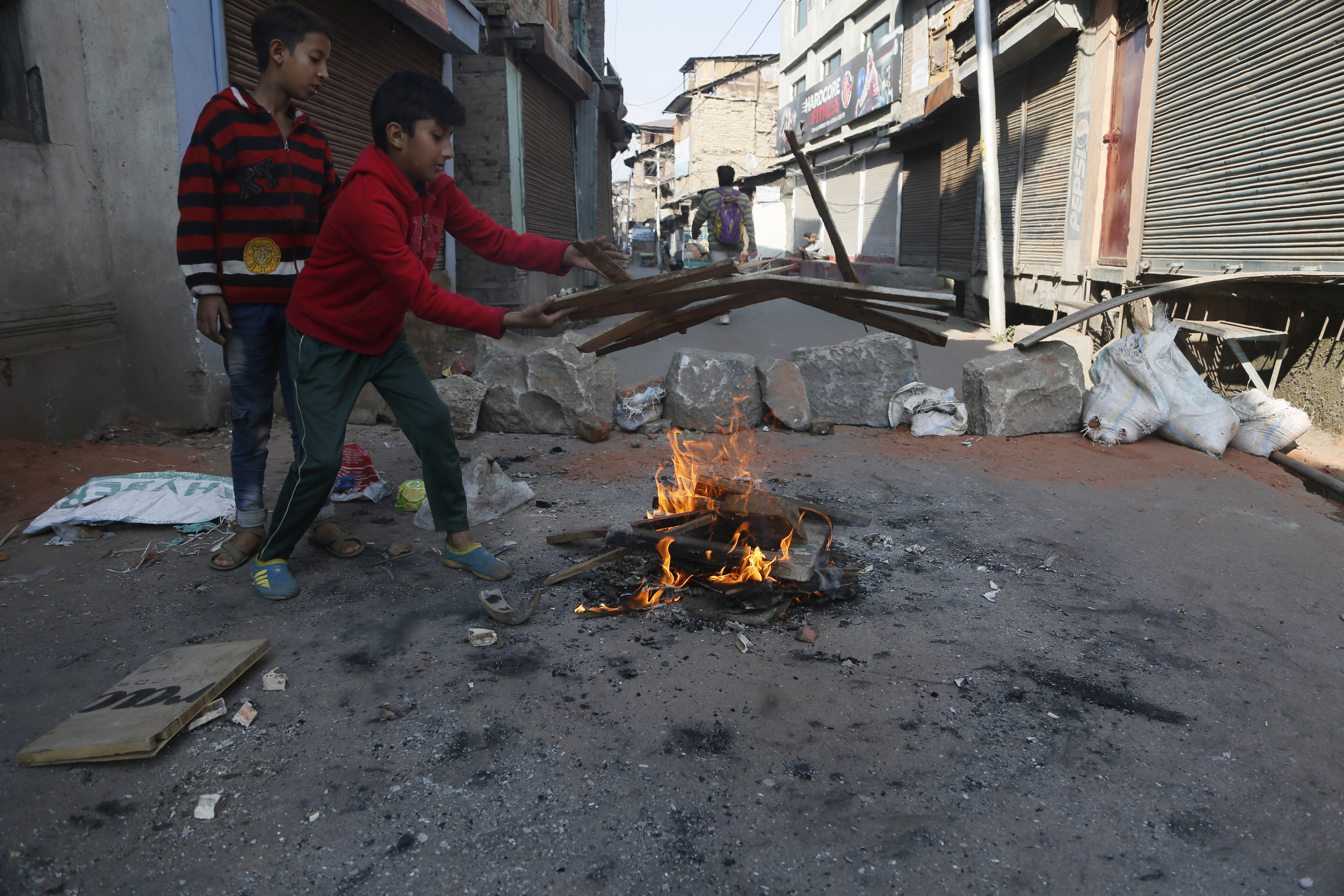 Parvez Ahmad, 28, had lost count of the days and nights he had spent attending to Sanjiv Kumar, 24, an apple trader battling for life at a Srinagar hospital after a suspected militant attack in Shopian.

“All I can say is that I have been here since the day he was admitted. I’m here round the clock; I didn’t move out of the hospital for a moment,” Parvez told this correspondent.

The Telegraph had first met him on October 24, nine days after the attack. He was still there when this newspaper visited the SMHS Hospital again on October 31.

“I’m not doing him any favour,” Parvez said. “We are all humans, and I will stay here as long as it takes him to recover.”

Sanjiv, a Punjab resident, is a victim of the militants’ attempts to drive non-Kashmiris out following the revocation of the state’s special status, seen by many Kashmiris as a ploy to settle outsiders in the Valley and reduce them to a minority.

Over the past three weeks, the militants have killed 11 non-Kashmiris — including five workers from Bengal — and injured several more.

Many Kashmiris like Parvez are, however, willing to lend a helping hand to the outsiders in their hour of crisis, upholding ties built over decades, despite their own fears over Delhi’s game plan and the sufferings unleashed by the clampdown.

After remaining critical for days, Sanjiv’s condition has improved lately. On October 31, he was cracking jokes with his family members.

Parvez, the local partner of Charanjit and Sanjiv, had rushed both to a Pulwama hospital. Charanjit died on the way and Sanjiv was later shifted to Srinagar.

Reshu Toda, Sanjiv’s brother-in-law who arrived from Punjab along with three other relatives a day after the attack, said that if the patient survived it would be thanks to the efforts of Parvez.

“Parvez did not leave us for a minute all these days. He did not go to his home even once. We know nothing about this hospital; it is he who takes care of everything,” Toda had said on October 24.

While Sanjiv’s family members were taking turns attending to him during the nights, Parvez was by his side every night.

“I don’t allow them to spend a penny on his medicines. I told them we would discuss that when he recovers. Money is not an issue but survival is,” Parvez had said.

“An army colonel visited us a few days ago and offered some Rs 25,000 but I did not accept it. The state has given Rs 50,000 to the family, but the money is lying with them.”

Sanjiv had been coming to the Valley in connection with the apple trade for the past two years, while Charanjit had been visiting for longer. A relative of Parvez said the family looked on the two men as their own.

An apple grower in Shopian said many in the community had over the years developed close ties with the non-local apple traders, who were now panicky after the recent attacks.

The Rs 10,000-crore fruit industry has become a casualty of the government’s decision to scrap the state’s special status. Militants, protesters and even some of the growers have asked the community to stop exporting the fruit to mainland India in protest.

Eventually, the militants seem to have permitted the growers to carry on with the trade but warned them against involving non-Kashmiris. Officials said 5.88 tonnes of fresh fruit had been transported out of Kashmir in the past three months.

“It’s only a third of the produce. If the situation persists, the industry will suffer massive losses,” an official said.