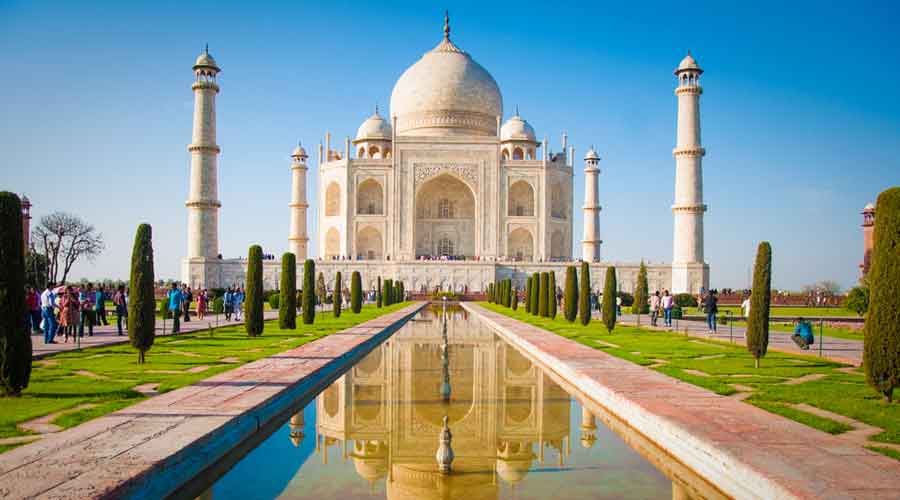 Members of a Sangh parivar outfit allegedly entered the Taj Mahal with a saffron flag on Sunday, Vijaya Dashami, and prayed to Shiva on the premises of the Mughal mausoleum.

The Hindu Jagaran Manch — a moderately well-known group across northern and western India that holds discussions on religion and culture and is not known for activism — has posted purported videos of the act.

Gaurav Thakur, president of the outfit’s Agra unit, told local reporters: “The Taj Mahal was originally Tejo Mahalaya — a Shiva temple. I have prayed to Shiva at the Taj Mahal at least five times in the past few years and will continue doing so until the government agrees to hand the monument over to Hindus.”

The claim that Shah Jahan built the 17th-century tomb to his queen Mumtaz Mahal over the remains of a temple is part of a pattern. Ever since the Supreme Court handed over the disputed Ayodhya plot to Hindus last November, demands for the removal of Islamic structures allegedly overlying temples have gained ground in Mathura and Varanasi, too.

Additional chief secretary (home) Awanish Awasthi did not respond to a text message asking whether Thakur and his men would be booked.

A police officer in Lucknow said that flags — and inflammable substances, incense sticks, even pens — were banned at the Taj because of security reasons.

“The youths can be booked for breach of security and promoting enmity between religious communities if the charges are true,” he said, asking not to be identified.

In the video, Thakur is seen sitting on a bench on the Taj compound with his eyes closed while another man stands behind him holding a saffron flag. A third man is seen recording the two on his mobile phone. A fourth person would have shot the video.

“Some youths are seen in a video taking selfies with the Vijaya Dashami flag,” state BJP media-in-charge Maneesh Shukla said. “It’s not the RSS flag.”

The RSS is known to hold marches with its flag on Vijaya Dashami.

Sateyndra Sonkar, a local RSS leader in Agra, said: “The flag the youths were carrying was not the RSS flag.”

Rahul Yadav, a CISF commandant, said: “We are not aware when it happened and are trying to verify the authenticity of the video. Action will be taken if the charges are found true.”