300 starve to death in Sikkim since December 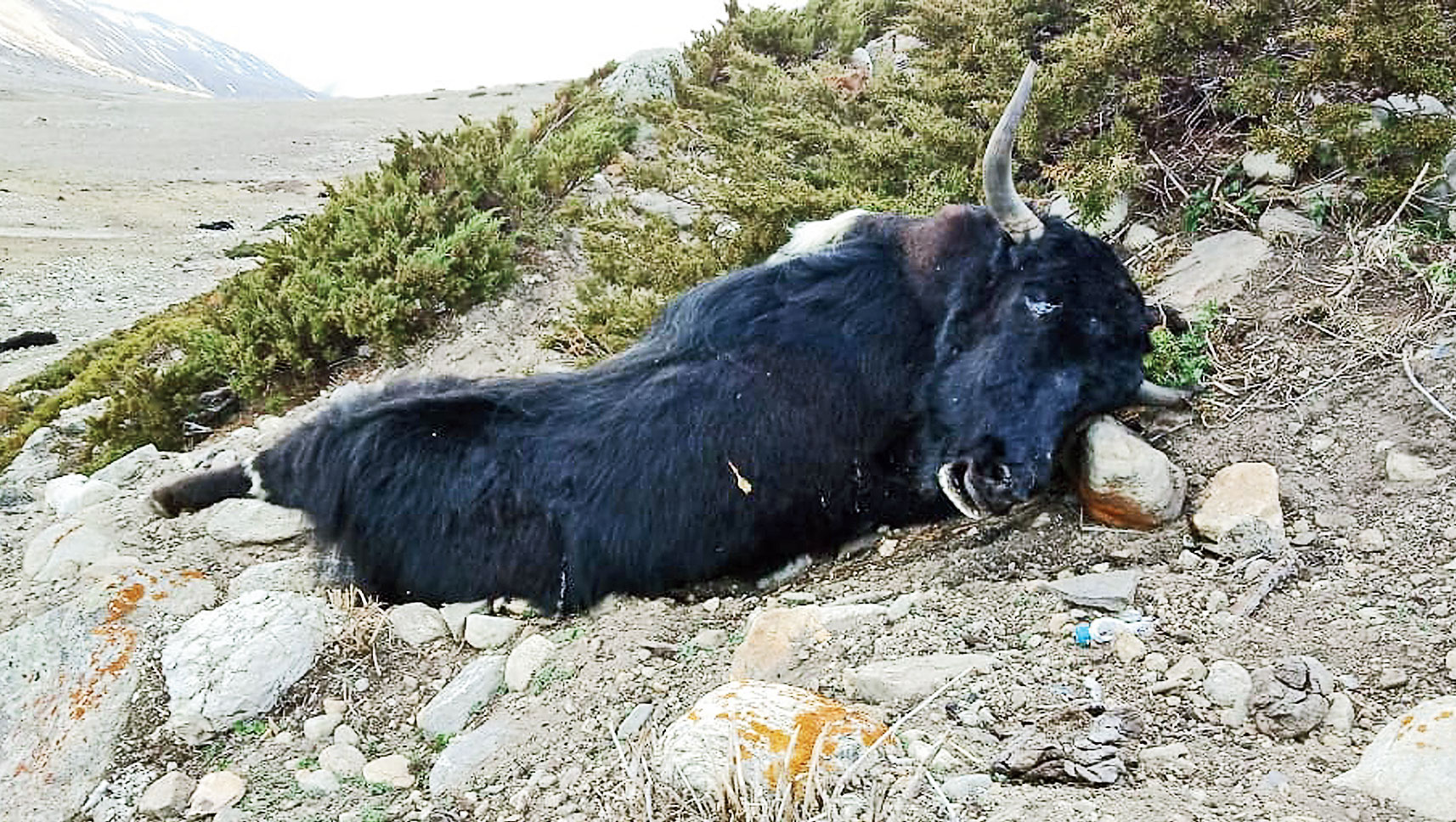 About 300 yaks have starved to death since December in Muguthang and Yumthang in North Sikkim district, with heavy snowfall having cut the region off for months.

District officials said on Saturday they had found the carcasses “four-five days ago” after the snow melted and the region became accessible again.

“About 250 yaks were found dead in Muguthang and another 40 to 50 in Yumthang,” collector Rajesh Kumar Yadav said.

The yaks belonged to about 25 families of herders from the two places, located at altitudes above 15,000 feet. “When the snowfall started in December, the people came down (to the lower reaches) while the yaks remained there,” Yadav said.

“The road was reopened only about four-five days ago. A team from the animal husbandry department has gone to the area with fodder to feed the surviving yaks and to carry out a survey.”

A team of veterinarians too has arrived in the region to treat the surviving yaks, Yadav said.

Yaks are employed to ferry supplies for the army and border police posted at high altitudes where there are no roads. Local people said the animals die of starvation every year, but not on such a large scale.

“I think the last time yaks died in such large numbers was 13-14 years ago,” said Palzer Lachenpa, the pipon (elected headman) of the dzumsa (traditional local government) in Lachen town.

He added: “I fear that the death toll is much higher than the one given to you by the officials.”

Lachenpa said the snowfall had been “getting thinner and thinner” over the past 10 years or so, but this year’s snowfall was “very heavy”.

“I suspect the herders were lulled into thinking that this year too there would be less snowfall, so they didn’t stock enough fodder for their yaks,” he said.

Lachenpa appealed to the administration to provide adequate relief to the herders since their yaks are their means of livelihood.

“The heavy snow this time has also damaged the roofs of houses, particularly in the Thangu valley,” he said.

Yadav said a report on the yak deaths would be submitted to him by Monday. “After that, we will start compensating the herders,” he said.

“A family will receive Rs 30,000 for every dead yak. However, a family will only be compensated for up to three dead yaks.”