Leaders of parties like TMC, AAP and the Left assemble at NCP chief's home on Yashwant Sinha's call 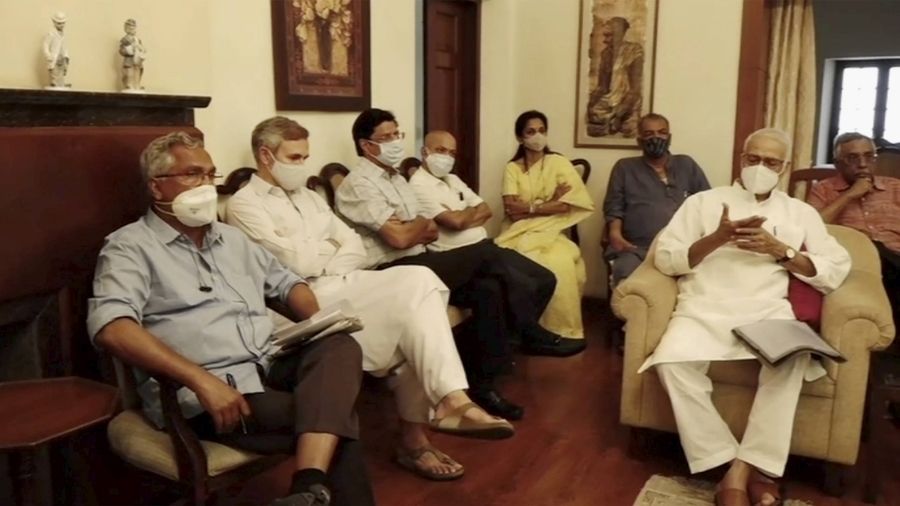 Leaders of several Opposition parties including the TMC, SP, AAP, RLD and the Left assembled at NCP chief Sharad Pawar's residence here on Tuesday and discussed various issues facing the country, amid heightened speculation about the possibility of a third front against the ruling BJP.

Leader of the Communist Party of India-Marxist (CPI-M) Nilotpal Basu, who attended the meeting, said it was not a political meeting but an interaction among like-minded people.

"Issues like Covid management, 'attack' on institutions and unemployment were discussed at the meeting," he said.

"The meeting was called by Yashwant Sinha, not Sharad Pawar, this was not a political meet," reasserted Majeed Memon, a leader of Pawar's NCP.

"There are talks that the meeting was for a third front without the Congress, which is not the truth. There is no discrimination. We called all like-minded people. We also invited Congress leaders. I called Vivek Tanha, Manish Tiwari, Abhishek Manu Singhvi, Shatrughan Sinha for the meeting. They couldn't come. It's not true that we didn't invite Congress," he stressed, when mediapersons inquired about the absence of the congress in the meeting.

The meeting lasted over two hours.

Other prominent personalities who arrived at Pawar's residence to attend the meeting were Javed Akhtar and KC Singh.

Sources close to Sharad Pawar, as quoted by ndtv.com, said neither he nor his party had put out any invitations. "This is a highly overrated and speculative meeting," they said.

Earlier in the day, a senior Nationalist Congress Party (NCP) leader, on the condition of anonymity, said though Pawar is hosting the meeting, it has been organised by Yashwant Sinha who is the convenor of the Rashtra Manch.

Sinha formed the Rashtra Manch, a political action group, in 2018 that targeted the BJP-led government's policies.