Police are trying to establish the identity of the deceased 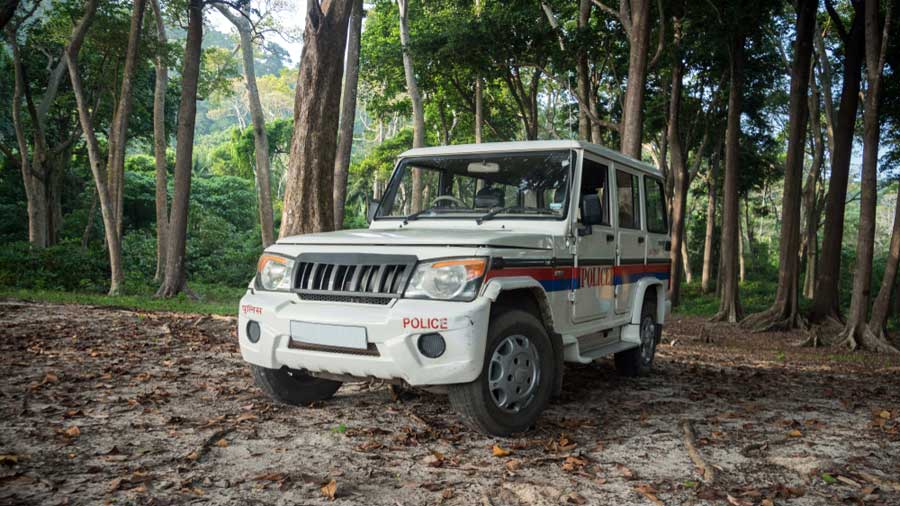 Wayanad superintendent of police G Poonguzhali told a channel that rebels had fired at Thunderbolt anti-Maoist forces on a routine patrol around 7am.
Representational Shutterstock picture
K.M. Rakesh   |   Bangalore   |   Published 04.11.20, 12:14 AM

A Maoist was killed in a gunfight with police commandos near a tribal hamlet at a reserve forest in Wayanad on Tuesday morning.

Police have confirmed the death of the insurgent and are trying to establish the identity of the deceased.

Wayanad superintendent of police G. Poonguzhali told a channel that rebels had fired at Thunderbolt anti-Maoist forces on a routine patrol around 7am.

“There was a gunfight and one person has died. The rest of them escaped. There were six of them,” the officer said.

Five men escaped into the Padinjarathara forest a few kilometres from the Meenmutti waterfalls, a tourist destination.

Police sources said the deceased Maoist was aged around 35 and appeared to be from neighbouring Tamil Nadu. The police have recovered a bolt-action rifle from the spot.

Wayanad has for long been used as a corridor by Maoists for inter-state movements between Kerala and border areas of Karnataka and Tamil Nadu.

Kalpetta MLA C.K. Saseendran told reporters that the Maoists were the first to open fire. “From what the police officers have told me, the Maoists opened fire, forcing the police to retaliate,” said the CPM lawmaker.

Locals at Valaramkunnu, 2km from the battleground on the Wayanad-Kozhikode border, told reporters that Maoists had been frequenting the area for long.

According to them, the last time Maoists had surfaced in the area was about two months ago when they collected dry rations from locals and left. Cadres from various Maoist groups active in the region usually collect rations from local people and at times also seek money.

The latest killing took place more than a year after the gunning down of Maoist leader C.P. Jaleel at Lakkidi in the same district and about 30km from the spot where the gunfight took place on Tuesday.

Four Maoists, including a woman, had been killed inside the Attapady forests in Palakkad district in October 2019 in an operation that lasted two days. The Adivasi Action Council had then claimed all four had agreed to surrender when the police commandos gunned them down.

The Opposition Congress has consistently attacked the Left Democratic Front government over such “encounters”, or extra-judicial killings.

Tuesday’s incident in Wayanad drew criticism from Kerala Congress president Mullapally Ramachandran who termed it a “fake encounter”.“This is the tenth fake encounter against Maoists after the LDF came to power. This needs to be subject to a comprehensive investigation,” he said.

“The so-called Maoists in Wayanad are not like the powerful groups you see in other states. I strongly believe that shoot at sight is a wrong policy when it comes to dealing with them,” Ramachandran told reporters in Kollam.

The encounter killing of Jaleel, who headed a Maoist group called Kabini Nadukani Dalam, had kicked off a huge controversy with his family and supporters alleging cold-blooded murder.

Jaleel was shot dead when he and his accomplices had gone to a holiday resort in Lakkidi seeking cash and food for 10 group members. The police had then claimed that Thunderbolt forces intercepted them and Jaleel was killed in retaliatory firing.

The subsequent magisterial inquiry had on October 10 this year ratified the police theory and ruled out any conspiracy. Jaleel’s family had immediately rejected the report, alleging it had not taken into consideration the ballistic and forensic examination results.