LIC to go the IPO way, Sensex crashes by 998 points 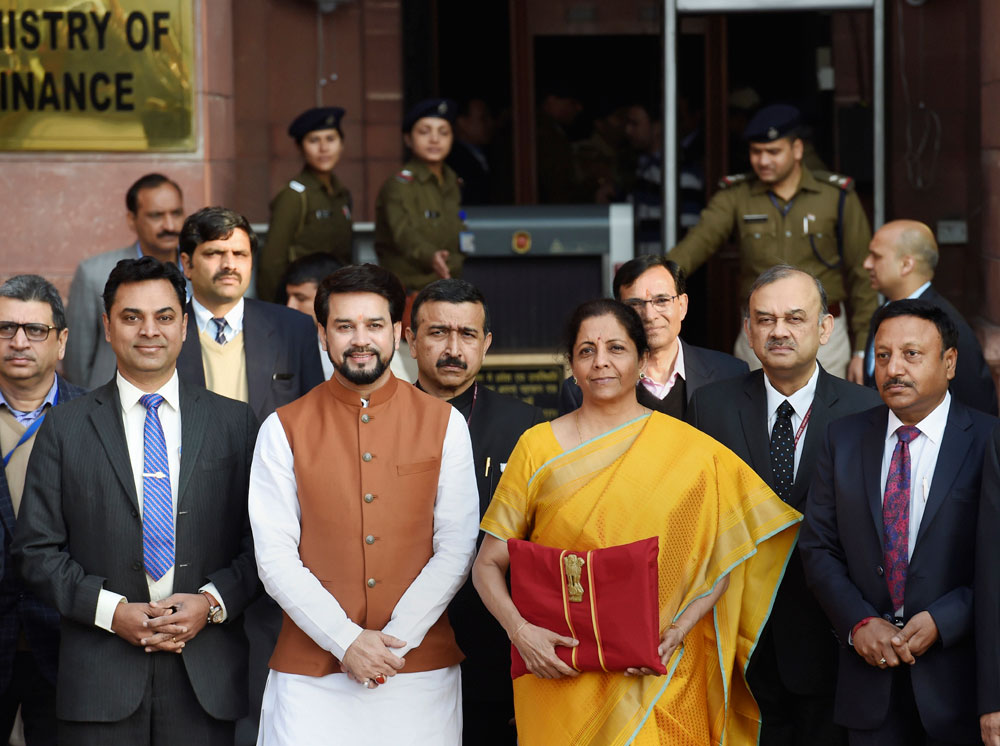 Finance Minister Nirmala Sitharaman released her budget for fiscal 2020-21, announcing a package of measures, including slashing income for lower earners, to stimulate the economy whose growth has slowed to an 11-year low.

Sitharaman said she planned to provide “significant relief” to individual taxpayers to increase purchasing power and to “simplify the tax law.”

“I propose to introduce a new personal income tax regime where rates will be significantly reduced for the individual taxpayer who forgoes certain exemptions,” she told the Lok Sabha on Saturday.

Income tax will remain at 30 per cent as before for those earning above Rs 15 lakh.

Taxpayers will be able to take advantage of the lower income tax rates by giving up certain deductions and exemptions. In addition, Sitharaman said she has abolished 70 tax exemptions to make it easier for taxpayers to file their returns. The lowering of the taxes will cost the exchequer around Rs 40,000 crore, she estimated.

The tax concessions weren’t enough to lift the stock markets. The BSE Sensex plummeted 988 points on Saturday to close below the key 40,000-mark, led by an intense broad-based sell-off after the Union Budget for 2020-21 failed to live up to market expectations.

Experts said the budget was below par considering investors had extremely high expectations from the government to revive the economy.

India’s Central Government fiscal deficit has been revised to 3.8 per cent for the current financial year 2019-20, up from the 3.5 per cent originally targeted. The government has set the target for the 2020-21 year at 3.5 per cent.

The cash-strapped government in a bid to raise more money for public coffers plans to sell part of its stake in the 100-per-cent publicly owned Life Insurance Corporation through an initial public offering.

The budget has targeted divestment of Rs 2.1 lakh crore for the next financial year. The government expects to obtain Rs 90,000 crore from stake sales in banks, finance institutions. The government also is targeting a Rs 89,600 crore dividend from the Reserve Bank of India and public sector banks.

Sitharaman said the government was committed to doubling the income of farmers by 2022. To help toward that end, she announced the allocation of Rs 2.83 trillion for agriculture and related activities, such as establishment of cold-storage chains to transport perishables. It will also encourage farmers to use unutilised land for developing solar energy farms. The government is earmarking Rs 61,500 crore on its rural employment programme in the next financial year.

The government in the budget has allocated Rs 1.15 lakh crore in food subsidies for the next financial year. It has set fertiliser subsidy at Rs 71,300 crore. Some Rs 61,500 crore will be spent on the rural employment programme.

Cigarettes and other tobacco-based products will become more expensive as the government is planning to raise excise duty on all such items.

The government will make up to Rs 15 lakh crore worth of agricultural credit available as part of an expansion of the National Bank for Agriculture and Rural Development refinance scheme.

The amount of deposits insured in case a bank fails is being raised to Rs 5 lakh from the existing 1 lakh, a figure in place since the early 1990s.

Sitharaman said the government will axe the dividend distribution tax to “further make India an attractive destination for business.” Now the dividend from an investment in a company will be taxed in the hands of the recipient, at whichever tax rate the person falls under.

The government will also defer tax imposed on the Employee Stock Option Plan (ESOP) for up to five years to help start-ups keep their talented workers and boost start-up companies.

To tackle climate change, the government will provide Rs 4,400 crore, Sitharaman said, adding that, “there are some thermal power plants which are very old, and their emissions are very high. Such plants will be advised to close

Budget 2020: Govt proposes to sell part of its holding in LIC through IPO