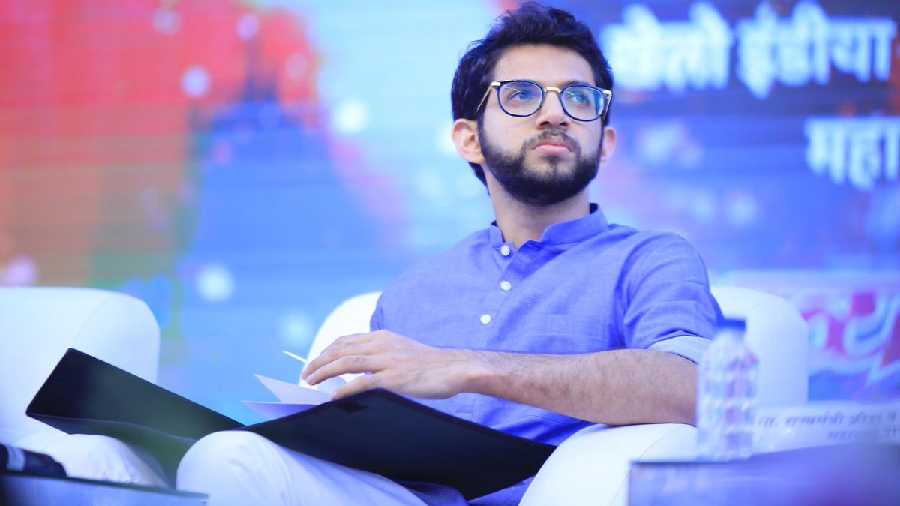 The Congress's Bharat Jodo Yatra led by Rahul Gandhi continued on the fifth day of its Maharashtra leg in Nanded district on Friday and will later enter neighbouring Hingoli district, where Shiv Sena (Uddhav Balasaheb Thackeray) leader Aaditya Thackeray will take part in it.

Thackeray is scheduled to join the foot march around 4 pm along with Leader of Opposition in the state Legislative Council Ambadas Danve and Sena legislator Sachin Ahir, the Congress has said.

The yatra that began on September 7 from Kanyakumari in Tamil Nadu, entered its 65th day on Friday. It had reached Deglur in Maharashtra's Nanded from neighbouring Telangana on November 7 night and has been in the district for five days.

The yatra had taken the night halt at Vitthalrao Deshmukh Karyalay in Pimpalgaon Mahadev in Nanded's Ardhapur. It resumed from Dabhad on the Nanded-Hingoli Road in Ardhapur on Friday morning. In the second half of the day, the yatra will resume from Choramba Phata and reach Hingoli at night.

After the yatra resumed around 6 am, Gandhi was greeted by the people on the road. The Congress leader met the local residents and interacted with them on the way.

On Thursday evening, Gandhi had addressed a rally in Nanded. Congress president Mallikarjun Kharge, Nationalist Congress Party (NCP) leaders and actor Sushant Singh were present there. Gandhi is scheduled to address his second public rally on November 18 at Shegaon in Buldhana district.

The Bharat Jodo Yatra, the Congress's mass contact initiative, will traverse through 15 Assembly and 6 parliamentary constituencies in the state during its 14-day sojourn. It will cover a distance of 382 kms across five districts before entering Madhya Pradesh on November 20. PTI MR NP

Sule, others join Rahul in yatra