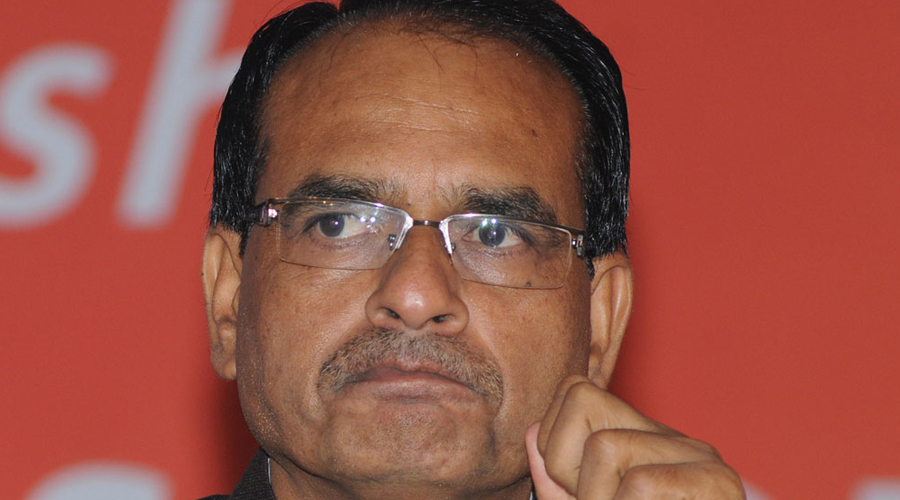 The CM made the announcement during the Narmada Jayanti programme held in Hoshangabad on Friday.
Telegraph file picture
Our Bureau And Agencies   |   Bhopal   |   Published 20.02.21, 04:28 PM

Madhya Pradesh Chief Minister Shivraj Singh Chouhan has announced that Hoshangabad city in the state would be renamed as Narmadapuram and a proposal to that effect would be sent to the Centre.

He made the announcement during the Narmada Jayanti programme held in Hoshangabad on Friday evening.

While addressing a gathering on the banks of Narmada, Chouhan asked whether the government should change the name of Hoshangabad, to which the people present there replied in the affirmative.

"What should be the new name?" Chouhan asked, and the people replied, "Narmadapuram!"

The chief minister then said, "We are now sending a proposal to the Centre to change the name of Hoshangabad as Narmadapuram."

The state government will not allow "cement-concrete structures" to be built along the Narmada river, he said, adding that sewage treatment plants are also being constructed in the cities located on its banks.

Sharma had earlier made the demand to change the name of Hoshangabad.

"This is a historic moment. Narmada is the lifeline of Madhya Pradesh. Hoshangabad was so far named after an attacker Hoshang Shah, but will be known after the lifeline Maa Narmada, which is a matter of happiness. I thank the CM for making this announcement by respecting the public sentiments," he said.

However, state Congress spokesman Bhupendra Gupta termed the announcement as the ruling BJP's ploy to divert the attention of people from important issues like inflation and rising prices of fuel.

"BJP only changed the names related to the Mughals, but not of those linked to the British rulers. Why the name of Minto Hall (old Vidhan Sabha building) has not been changed? This is just to divert the attention. Instead, it should focus on development and give relief to people," he said.