Tabrez, who was eventually sent to judicial custody, died of his injuries on Saturdayafter being taken to 2 hospitals 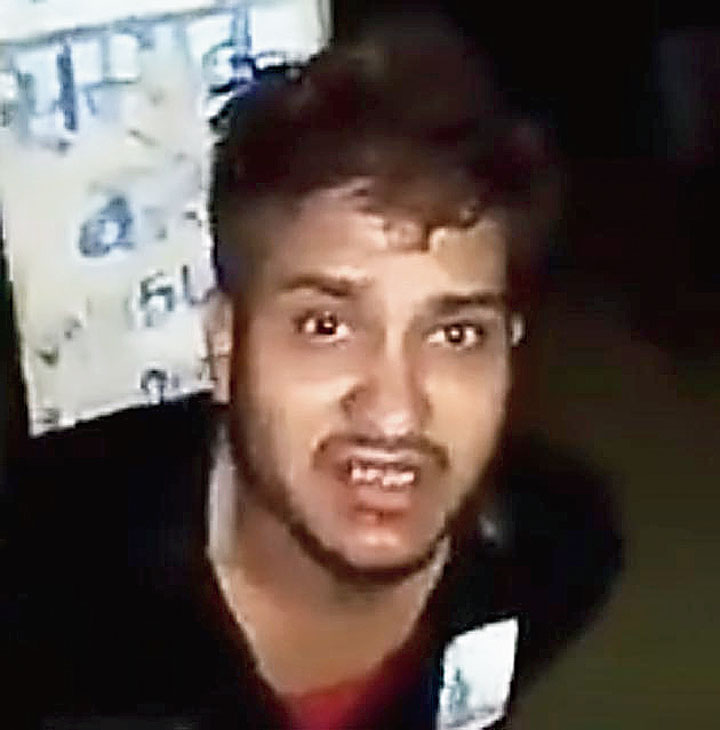 A newly married welder, who died after a lynch mob pounced on him last week near Jamshedpur on suspicion that he was a thief, was forced to chant “Jai Shri Ram” and “Jai Hanuman”, suggests footage that has emerged since then.

Tabrez Ansari, 24, who works in Pune and was home for the Id holidays, was waylaid by the mob while he was returning on a bike from Jamshedpur on June 18, Tuesday.

Tabrez was caught with two others on the suspicion that they had stolen a motorcycle, a purse, a voter identity card and a cellphone at Dhatkidih village within the Seraikela police station limits, around 35km from Jamshedpur in Jharkhand, a state where lynchings tied to beef had been reported earlier.

The other two escaped but around 15 villagers tied Tabrez to a cement pole and thrashed him with sticks through the night, police sources said. On Wednesday morning, the villagers handed over Tabrez, along with the allegedly stolen goods, to the police and told them he had fallen and injured himself.

Tabrez, who was eventually sent to judicial custody, died of his injuries on Saturday morning after being taken to two hospitals.

On Sunday, police arrested Pappu Mondal, 23, who had allegedly led the mob. The arrest was executed on a complaint from the wife of Tabrez, whom he had married in April.

Seraikela sub-divisional police officer Avinash Kumar claimed Tabrez had not told the police about the beating and that they came to know of it after his family produced two video clips.

One of the clips, recorded in daylight, shows Tabrez being beaten mercilessly with sticks. In the second clip, filmed at night, voices can be heard ordering Tabrez, tied to the pole, to chant “Jai Shri Ram” and “Jai Hanuman”. Tabrez tries to do as ordered but the mob is heard telling him to chant them again.

It is unclear why the police, who say they were not told of the beating, could not figure out that Tabrez had been tortured. The clip recorded at night shows him in great distress and severe pain.

According to Jamshedpur-based social worker Aurangzeb Ansari, Tabrez was working in Pune, he got married in April and had come home for Id. Aurangzeb said Tabrez had no known criminal record. Tabrez’s wife has said her husband was innocent.

On Friday night, Tabrez’s condition deteriorated in jail. Police sources said the jail administration sent him to Seraikela Sadar Hospital, where he died around 10am on Saturday.

His family members, police sources said, felt he was still alive and insisted that he be referred to a better hospital. He was referred to Tata Main Hospital, where doctors on emergency duty declared him brought dead.