Kejriwal 2.0: Bystander in Delhi riots, will not criticise the centre 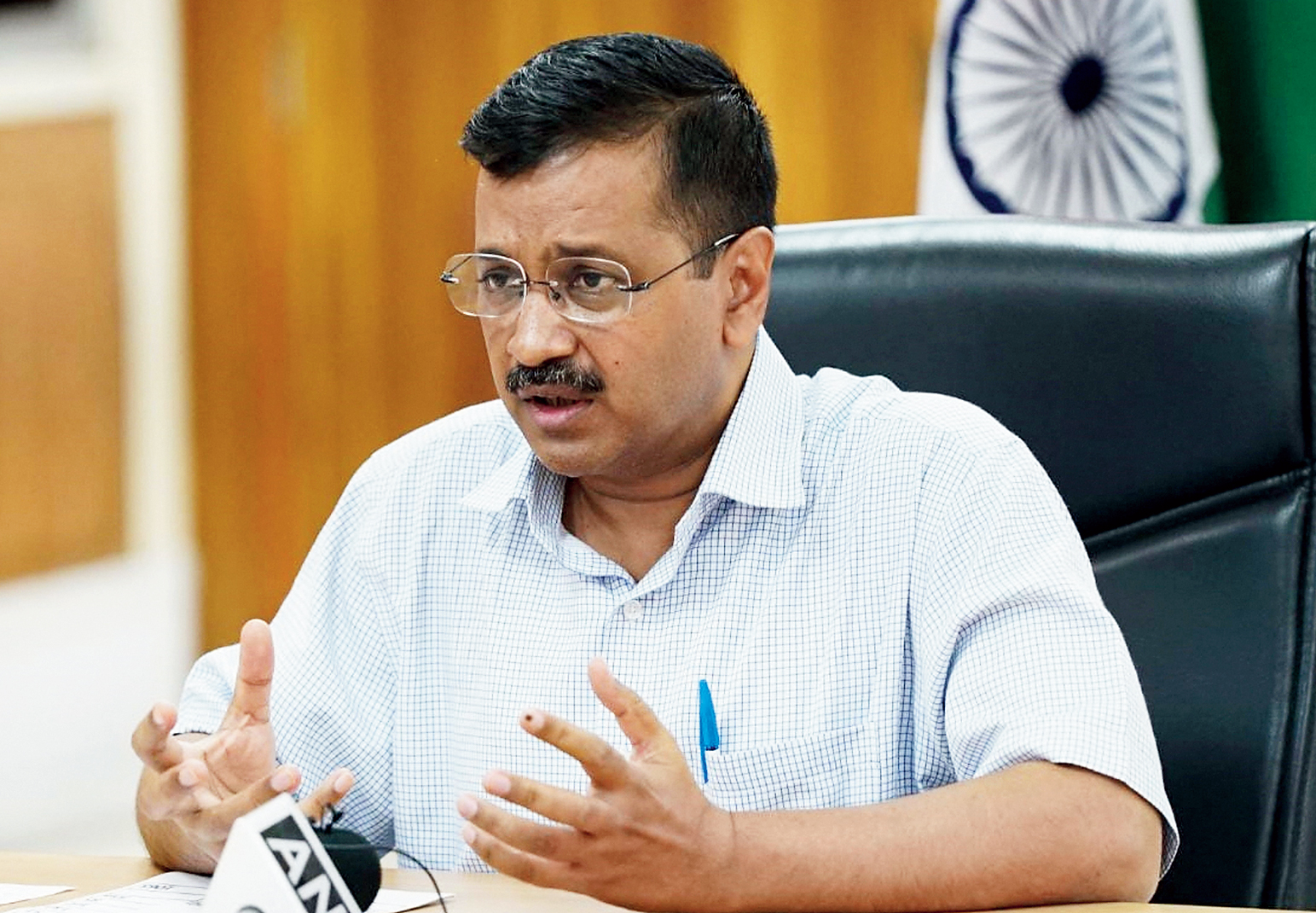 On December 15, 2015, Delhi chief minister Arvind Kejriwal had tweeted: “Modi is a coward and a psychopath.”

On April 11 this year, his post on Twitter said: “PM has taken correct decision to extend lockdown. Today, India’s position is better than (that of) many developed countries because we started lockdown early. If it is stopped now, all gains would be lost. To consolidate, it is imp to extend it.”

While the two tweets referred to different contexts — the first had come after an alleged CBI raid on the Delhi chief minister’s office — the gulf in their tone does reflect how far Kejriwal has travelled politically since the days he was constantly duelling the Centre.

The anti-corruption activist who had embraced the tag of “anarchist” and projected himself as an alternative to the politics of money and muscle had begun toning down his rhetoric against Prime Minister Narendra Modi after successive electoral defeats in 2017 — in the Delhi civic polls and in Punjab and Goa.

But while the frequency of his attacks on Modi reduced, Kejriwal was still capable of taking a stand on communalism, comparing Modi to Adolf Hitler in 2019 after an attack on Muslims in neighbouring Gurgaon.

By the time of the February Assembly polls this year, however, he had successfully reinvented himself as a benevolent Hindu leader, reciting the Hanuman Chalisa on TV and steering clear of the protests against the new citizenship regime.

Since then, Kejriwal’s brand managers have had him talking and acting almost like Modi.

“You are not going to see Arvind fighting with the lieutenant governor (Anil Baijal) for PPEs (personal protection equipment for healthcare workers); he will get it done through CSR (corporate social responsibility donations). Arvind 2.0 will not play a game with no political returns,” an Aam Aadmi Party strategist told The Telegraph.

During the late February communal riots that followed Kejriwal’s crushing Assembly poll victory, the Delhi government was largely a bystander. Kejriwal visited the riot-hit areas only after Delhi High Court ordered him to.

It was around this time that he granted sanction for the prosecution of CPI leader Kanhaiya Kumar and other former JNU students for sedition — after having sat on the police’s request for a year.

He gave the sanction despite his government’s probe not just failing to find evidence of the accused raising slogans for Kashmir’s “liberation” from India, but also asserting that the video evidence against them was doctored.

In March, as the coronavirus-prompted lockdown threw lakhs of day labourers out of work, not once did Kejriwal criticise the Centre’s handling of the crisis or seek aid for the workers.

As tens of thousands of migrant workers set off on foot for their homes hundreds of miles away, shunning the free food and shelter offered by the Delhi government, Kejriwal appeared to blunder.

With the BJP government in Lucknow offering buses to take the migrants home, Kejriwal tried to facilitate the exercise by running buses from different parts of Delhi to the state’s boundary with Uttar Pradesh.

For this act, the Centre suspended senior Delhi bureaucrats, accusing them of violating the lockdown. Still, Kejriwal did not speak a word.

Eventually, after several healthcare staff contracted Covid-19 and many of their colleagues threatened to quit, Kejriwal made the first critical comment on April 4, saying the Centre had not given Delhi a single PPE kit.

Yet, after a video conference between Modi and the chief ministers on April 11, Kejriwal was among the first to laud the planned extension of the lockdown, ahead of many of his BJP counterparts.

He was again quick off the blocks when Modi formally announced the lockdown extension on April 14, solemnly promising to implement the protocol fully.

Aam Aadmi Party sources tried to explain their leader’s thinking by citing feedback that four in five Indians supported the Prime Minister despite the hardships of the lockdown claiming about half as many lives as the virus.

“Arvind’s political capital has fallen with the Delhi riots and the exodus of migrants. Delhi is still doing much better than most states, and our shortcomings in ensuring access to rations for the poor have not become a national issue. Nor is Arvind being cursed as much as Bihar

chief minister Nitish Kumar. But it seems only the chief ministers of Kerala and Maharashtra might come out of the crisis with a positive vibe among their voters,” a party source said.

“His (Kejriwal’s) strategy now is to play safe, and supporting the lockdown is an indication of that. The possible fallout of not doing so can be far greater than any show of good governance by the Delhi government.”

The source added: “He (Kejriwal) is setting himself up for Prime Minister. By (projecting himself as) thinking national, saying things that the Prime Minister is supposed to say, he is putting himself three steps ahead. His target is the Hindu electorate across castes in north India. We are fighting for that 80 per cent vote.”

The Delhi government and the Centre had been caught napping when the Tablighi Jamaat congregation took place in the heart of the capital, beside a police station, while restrictions on movement were in place.

Kejriwal’s government later evacuated the building and got FIRs lodged against the organisers and the Tablighis who had allegedly misbehaved with officials. But it has largely remained silent on the attacks on Muslims stemming from the vilification campaign against the congregation.

On Tuesday, Kejriwal condemned any kind of sectarianism but in general terms.

“It saddens me that in the time of the pandemic, there are still people who are trying to create a divide between Hindus and Muslims,” he tweeted.

“I observe on social media that even in times when the whole world is in distress, people are trying to create a rift between the two communities, by posting hate videos and content.”

A party leader explained: “The Delhi government’s hard line on the Tablighi Jamaat reaffirms that Arvind is against Muslim extremism. While attacks by Hindutva goons are happening, we are letting the police handle that. It’s better to do it the (Maharashtra chief minister) Uddhav Thackeray way, where you speak out against incitement without going after specific incidents.”

He added: “The RSS wants Arvind to say ‘Don’t beat Muslims’ so that it can immediately twist it to suggest he is an apologist for Muslims. This won’t help Muslims.”