Congress president does not take questions on the party's way forward 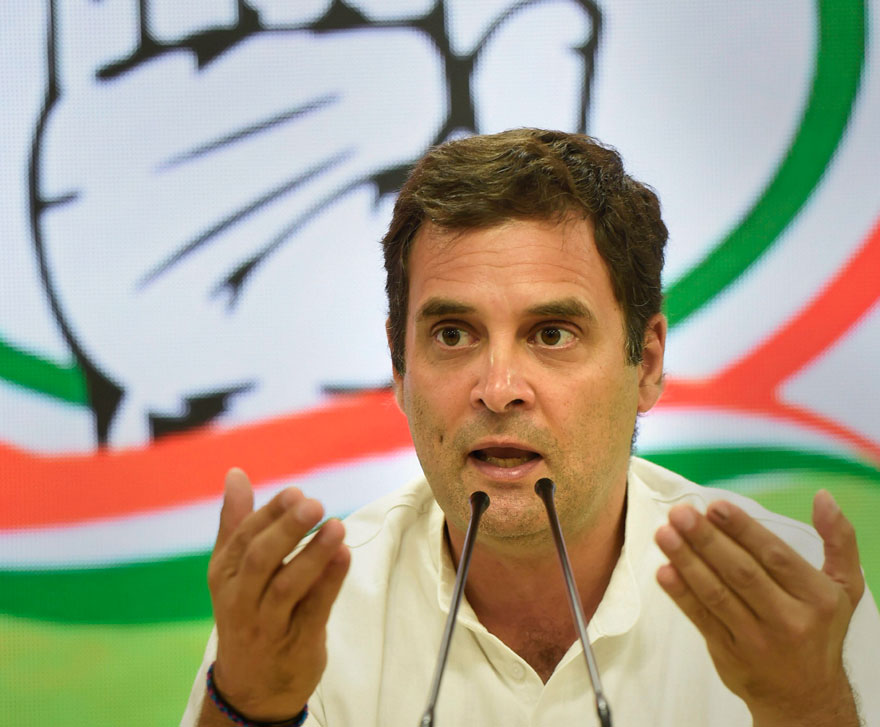 Congress chief Rahul Gandhi today conceded defeat but said that the Congress's outlook and that of Narendra Modi's are 'to different visions'.

“These are two different visions but we will have to accept that in this election Narendra Modiji and BJP have won,” he said.

He also conceded defeat in Amethi and congratulated Smriti Irani, who was leading by 40,055 votes. The EC website had not declared her the winner at that time.

Rahul did not take questions on the Congress' path forward. He said he did not want to “colour the decision of the people of India” by getting into a long conversation on what went wrong. “What matters today is that the people of India have decided that Narendra Modi is going to be the prime minister and as an Indian I fully respect that,” Rahul said.