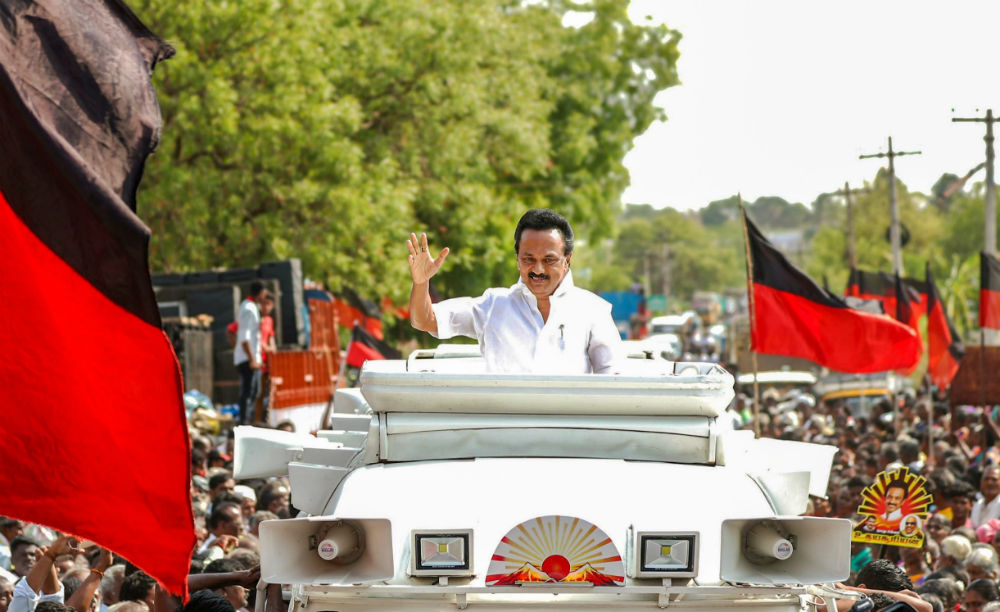 The DMK was leading in 23 seats till results came in. The Congress was ahead in eight.

Even during the Modi wave of 2014, Tamil Nadu resisted being swayed toward BJP. BJP won just one seat, with Pon Radhakrishnan winning the Kanyakumari seat. It was Jayalalithaa’s party AIADMK that swept the elections in the state of about 7 crores, winning 37 of the 39 seats. DMK which had won 18 seats in 2009, and Congress which won eight seats couldn’t even get a chance to open their account in 2014. The 2019 elections is again a contest between AIADMK and DMK, but with Jayalalithaa with no longer around to shepherd the party and with rebellion in the party DMK looks to making inroads in AIADMK bastions, especially in Tamil Nadu’s western districts.

AIADMK, led by chief minister Edapaddi Palaniswami and his deputy O Panneerselvam, has struck an alliance with Modi-Shah while on the other side M Karunanidhi’s son MK Stalin leads the fight in alliance with eight parties including Congress, MDMK and CPI.