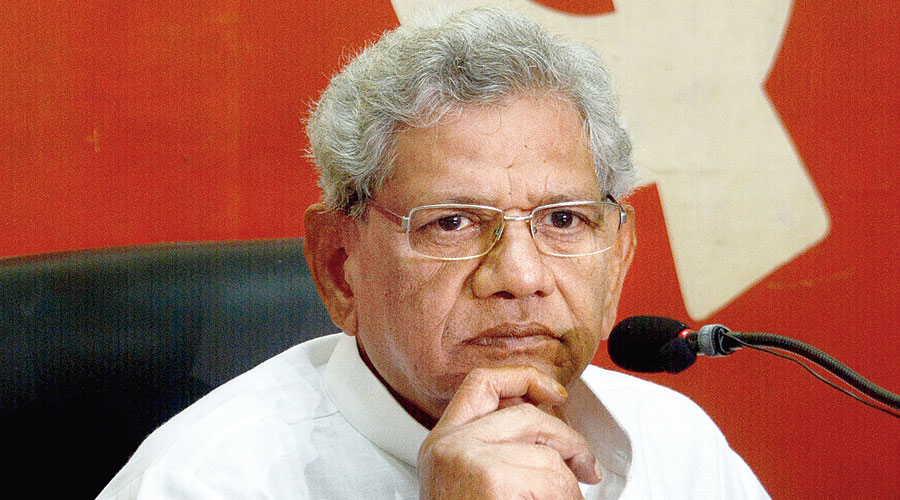 The political row over the Left government's decision to amend the Lok Ayukta Act refused to die down in Kerala as the opposition Congress leader V D Satheesan on Saturday wrote to CPI(M) general secretary Sitaram Yechury seeking his intervention in the matter.

Satheesan, who recently requested Governor Arif Mohammed Khan not to give assent to the proposed ordinance amending the decades-old law, said the objective of the Marxist party government was to undermine the Lok Ayukta in the state. In his letter, the Leader of Opposition in the state assembly urged Yechury to recall his own arguments in Rajya Sabha in 2011 and 2013, stressing the need to make the Lok Pal "autonomous, transparent, comprehensive, and independent" of political control. "Unfortunately, the proposed ordinance to amend the Kerala Lokayukta Act, 1999 is in stark contradiction to the progressive stance taken by your party and your good self on strengthening Lok Pal/ Lok Ayukta to combat corruption," he said.

Alleging that the ordinance puts the political morality of the CPI (M) at stake and would reduce the party to mere political rhetoric to "eyewash" the common public, the Congress leader also said the existing Act, enacted during the erstwhile communist government led by EK Nayanar, had stringent provisions to combat corruption. "This amendment literally removes the Lok Ayukta's tooth and nail. It's perplexing how an executive could serve as an appeal authority for a decision made by a former Supreme Court judge or Chief Justice of the High Court," he asked.

Charging that the hastiness in bringing this ordinance was "suspicious", he also said there seemed to be no other reason except that the Lok Ayukta is about to take up cases against the Chief Minister and the Higher Education Minister. "It is vividly clear that this amendment is a shield to guard against any unfavourable decisions from the Lok Ayukta," Satheesan claimed.

Pointing out that the Lok Ayutka was the only tool left to question executive corruption and nepotism and rendering the Lok Ayukta toothless would only serve as a catalyst for corrupt public servants to engage in widespread corruption, he also wanted Yechury to direct the state government to refrain from moving forward with this "extremely regressive legislation".