According to sources, S. Gurumurthy, co-convenor of the Swadeshi Jagran Manch, is at the centre of the big fight that has erupted 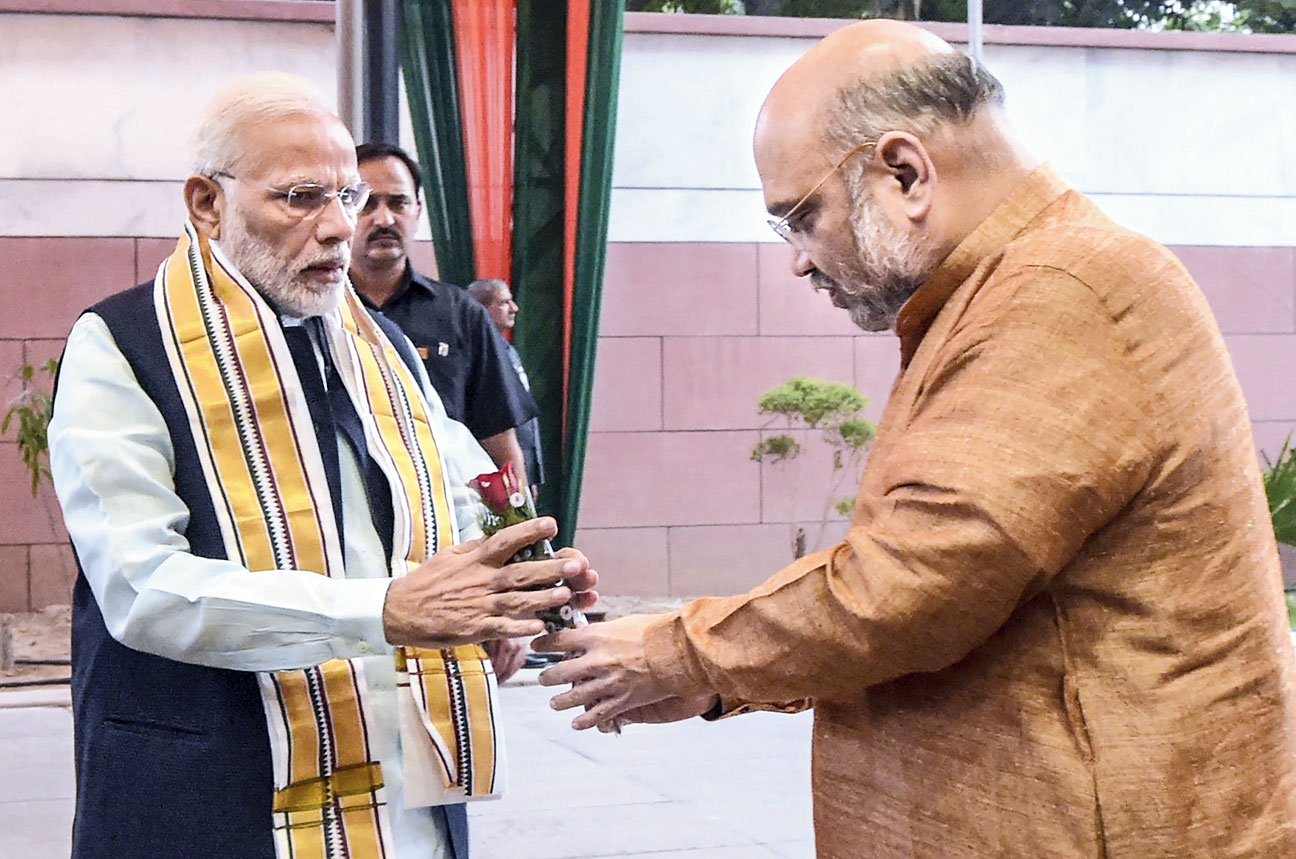 Prime Minister Narendra Modi is likely to announce on Friday a package of financial measures designed to boost the fortunes of micro, small and medium enterprises (MSMEs) that will include the provision of fast-track loans and a 5 per cent interest subsidy on credit to small firms that export goods.

The government’s insistence on a speedy flow of credit to small and medium businesses and other contentious issues had snowballed into a spat between the finance ministry and the RBI, which has expressed serious reservations about relaxing its credit appraisal rules.

According to sources, S. Gurumurthy, co-convenor of the Swadeshi Jagran Manch, who was nominated as a member of the RBI board earlier this year, is at the centre of the big fight that has erupted over the demand for a relaxation in rules to shovel credit to MSMEs.

RBI deputy governor Viral Acharya articulated the RBI’s stand on the issue in a speech last Friday when he slammed the government’s short-term horizon on decision-making, likening it to the “duration of a T20 match”.

“As elections approach, delivering on proclaimed manifestos of the past acquires urgency; where manifestos cannot be delivered upon, populist alternatives need to be arranged with immediacy…. This myopia or short-termism of governments is best summarised in history by Louis XV when he proclaimed ‘Apres moi, le deluge! (after me, the deluge)’.”

Acharya’s highly critical speech was delivered three days after a stormy meeting of the RBI board that ended inconclusively after sharp disagreements on a range of issues. The government has already threatened to invoke Section 7 of the RBI Act, which empowers it to direct the RBI to announce measures that it finds unpalatable.

One of the big issues that will be debated at the November 19 meeting of the RBI board is the central bank’s decision to impose lending restrictions on 11 state-run banks saddled with a stack of bad loans that have severely strained their risk-bearing capacity.

It is not known if Modi’s grand announcement on Friday will become another bone of contention with the RBI.

The government is also mulling a provision to make it mandatory for state-run firms to buy 25 per cent of their requirements from small businesses, up from the existing norm of 20 per cent that most public-sector units are unable to meet.

Officials said the government was trying to push banks to approve funding up to Rs 1 crore through online applications without businessmen having to visit bank branches.

The government would like banks to process the application within hours and disburse the money within weeks, but bankers are doubtful whether that tight a timetable could be met.

“Our fear is that if this were to turn into another loan mela, recovery could be a challenge,” said the director of a leading state-run bank, which will participate in the 100-day “outreach programme” that will cover 100 districts.

Raghuram Rajan, former RBI governor, had submitted a note to the parliamentary standing committee recently in which he red-flagged the growth in risky loans to small and medium businesses.

Rajan had said another bad loan crisis was looming within the banking system because of the manner in which banks were being persuaded to shovel loans without any collateral to farmers and small and medium companies — two target groups the Modi government has been trying to woo as it prepares for next year’s general election.

“Credit targets are sometimes achieved by abandoning appropriate due diligence, creating the environment for future NPAs (non-performing assets). Both MUDRA loans as well as the Kisan Credit Card, while popular, have to be examined more closely for potential credit risk,” Rajan said in his note.

He also described the Credit Guarantee Scheme for medium, small and micro firms, which is run by Sidbi, as “a growing contingent liability” which “needs to be examined with urgency”.

The scheme had over 25 lakh cumulative guarantee approvals in 2016-17 with an aggregate loan amount of over Rs 1.25 lakh crore.

Earlier this year, a study by Sidbi and credit bureau Cibil had cautioned that risky loans worth Rs 1.2 lakh crore to small businesses could create NPAs worth some Rs 16,000 crore by next March.

“However, at the insistence of the RBI, the lending norms are not being diluted. Companies or entrepreneurs with bad debts or with dodgy financial antecedents are unlikely to be cleared for loans,” said Amit Mukherjee, a merchant banker specialising in East Asian funds.

The timing of the package --- just ahead of elections to key Assemblies and a general election early next year -– has fuelled bankers’ fears that the latest loan carnival is driven by political compulsions and sacrificing economic prudence.

However, finance ministry points out that the MSME sector with 63 million units and 111 million workers accounts for 45 per cent of India’s manufacture and 40 per cent of its exports. It has contended that tardy credit flows to this sector could choke growth in the economy and stall creation of jobs