Its governor should not resign, but hang in there and guard the financial citadel 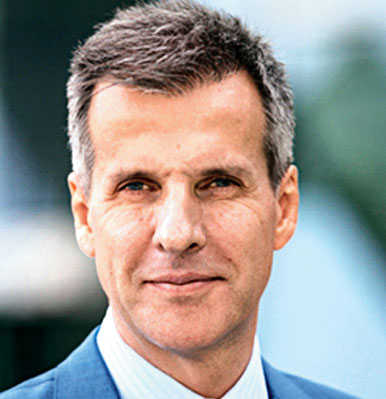 Martín Redrado, the Argentine central bank governor who resigned in 2010, precipitating a constitutional crisis
Telegraph file picture
The Editorial Board   |   Published 02.11.18, 01:56 AM

When the deputy governor of the Reserve Bank of India, Viral Acharya, trotted out the analogy of Martín Redrado — the Argentine central bank governor who resigned in 2010 precipitating a constitutional crisis — he was drawing a parallel with the manner in which the Centre has been trying to trammel the independence of India’s central bank. Mr Redrado had refused to buckle under pressure from the Argentine government and turn over $6.6 billion from the central bank’s reserves to the national treasury which would be used to underwrite bonds that the government desperately needed to float. The Redrado episode prefaced Mr Acharya’s recent hard-hitting speech that was delivered just days after a tense meeting of the RBI’s central board of directors where the RBI governor, Urjit Patel, refused to bow to pressure from the finance ministry to remove lending restrictions placed on 11 state-owned banks. The Centre has also been clamouring for immediate transfer of surplus profits of the RBI and a relaxation of the debt default recognition rules in the case of troubled power companies. The standoff snowballed into a crisis when the government threatened to invoke Section 7(1) of the RBI Act, which empowers it to direct the central bank to obey its directive despite its reservations about the course of action. Section 7 has never been invoked even though it has been in the statute book. The two sides have hunkered down for a bruising battle with the threat of Mr Patel’s resignation à la Mr Redrado hanging in the air.

In a short statement, the finance ministry has affirmed its faith in the autonomy of the central bank “within the framework of the RBI Act”. Significantly, the statement has made no reference to its Section 7 directives which makes it unclear whether or not the government will show some scruples and resist the temptation to flatten opposition from Mr Patel and his cohorts. The unfinished agenda will be taken up by the central board on November 19. Both sides need to wrap up decisions without a public airing of bellicose positions. The truth is that the RBI’s autonomy is a many-splendoured myth. Several governments have had famous run-ins with the men on Mint Road and have had their way. Benegal Rama Rau resigned as governor in 1957 after a feud with the then finance minister, T T Krishnamachari, over the imposition of a stamp duty on bills that had been surreptitiously introduced. P Chidambaram had a testy relationship with both Y V Reddy and D Subbarao. Neither chose to resign. Mr Patel needs to hang in there and guard the financial citadel.