Letter to Modi not an appeal but expression of disgust 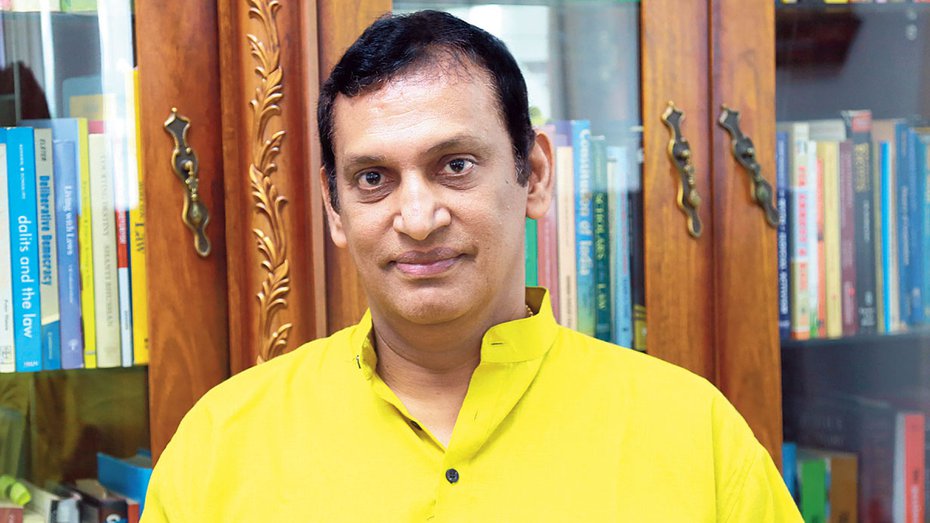 Kaleeswaram Raj and Thulasi K. Raj said in the open letter to Narendra Modi: “What you have negated is not simply the text of the fundamental law, but the very history which created this sovereign secular republic. You have essentially insulted the movement for independence.”
Telegraph file picture
K.M. Rakesh   |   Bangalore   |   Published 18.12.19, 11:12 PM

In the season of appeals, a father and his daughter have written a letter to the Prime Minister, specifically stating that it is not an appeal but “an expression of disgust, fear and anxiety”.

Shredding the Centre’s defence of the Citizenship (Amendment) Act and the National Register of Citizens, advocates Kaleeswaram Raj and Thulasi K. Raj said in the open letter to Narendra Modi: “What you have negated is not simply the text of the fundamental law, but the very history which created this sovereign secular republic. You have essentially insulted the movement for independence.”

Kaleeswaram Raj had successfully argued in the Supreme Court in favour of decriminalising adultery, assisted by Thulasi K. Raj. On Wednesday, he told The Telegraph in reply to a question why they wrote to Modi.

“Right from demonetisation to Kashmir and Jamia, one finds a Supreme Court reluctant to make a timely and effective intervention, even in issues fundamentally and drastically impacting our democracy,” the senior advocate in the Supreme Court said.

“The court’s failure to act as the guardian of the Constitution in critical times conveys the lesson that political issues need to be resolved politically, rather than judicially. This prompted us to express what we felt,” he added.

In the letter, the two lawyers did not mince any words. “The Act is not only authoritarian and fanatic, but also an egregious folly in as much as it negated the very tenet of secularism. India can no longer pretend to be secular, despite its captivating Preamble in the Constitution,” the lawyers wrote.

They added: “Let us be honest: even in the farthest of our dreams, we will not expect anything good from the present government. We are unable to request you to adhere to constitutional values since you have endorsed our conviction that your party does not believe in the ideology of the Constitution. This letter, therefore, is not an appeal, but it is an expression of disgust, fear and anxiety.

“If the present government can just carry on, with its typical pattern of indifference to our daily struggles and aggression towards dissent, then we realise that we need to reclaim the freedom, which you took away from us.

“We have lost the India which we were given with all its imperfections, yet the one about which we had our dreams, with the device of the Constitution. You are now robbing us of that Constitution as well.”

The lawyers accused the NDA government of misusing police and the military to suppress dissent.

“It’s a disappointment to see that the state has misused its police and military power to suppress democratic dissent. The way the government has treated the bold and enlightened youth at the universities is shameful,” they wrote.

“Universities are centres of free thought and expression, motivated by an innate curiosity and infinite quest for truth. The totalitarian regimes across the world, at all times, sought to dismantle this world of ideas. Your government was in the forefront of this transgression,” the lawyers added.

The letter touched upon the crackdown on rights activists, many of whom have faced arrest in the Modi regime, especially after the 2018 Bhima-Koregaon violence.

“The state has labelled every rational citizen who disagrees with it as an urban Naxalite. It has detained genuine and dedicated activists who sacrificed their lives for the cause of the downtrodden.”

The letter began by citing misgivings when the first NDA government assumed power in 2014 and went on to allege that the BJP had squandered an opportunity of transforming itself from the systematic “Hindutva rhetoric”.

“We recounted all the secular memories of the country, of the efforts to retain that fabric for more than 70 years since independence.”

“But the optimists in us wondered: What if the BJP proves all the liberals wrong? From a political party, which has systematically maintained a Hindutva rhetoric, it had an opportunity to transform into a government that could focus on real issues of politics and governance. It was in hold of a historic moment, with immense possibilities to positively alter the destiny of the nation,” the lawyers wrote.

“Now, the NDA-II government has managed to pass the Citizenship (Amendment) Act, which excludes Muslims from obtaining citizenship solely on the basis of religion. We were naïve. But what is upsetting is not this shared naivety, but the realisation that the Citizenship (Amendment) Act was not the beginning. It was rather a continuation of the war, which your dispensation began much earlier.”

The lawyers referred to Modi’s stress on cooperative federalism. “The rhetoric of cooperative federalism was simply discarded with the introduction of the National Register of Citizens, without consultation with the states. The manner in which the state has abused its power through the institutions ranging from the Reserve Bank, the Central Bureau of Investigation and the Enforcement Directorate is notoriously blatant. Your governance, or rather the lack of it, has devastated the economy irrecoverably,” the advocates wrote.

“Yours is a political party that talks about religion when people demand Roti, Kapda aur Makaan. The political executive has failed to meet the genuine and pressing concerns of the people, though it was irrationally aggressive against every word of dissent,” the letter added.

Referring to the economic mess, the advocates wrote: “No government in the world, in recent times, has been so imprudent to handle the country’s economy so unimaginatively. Your government betrayed the suffering of the poor by breeding hatred, intolerance and naked fanaticism. Every move, whether political or legislative, has been glaringly malicious.”

The lawyers identified as one of the lowest points the scrapping of Jammu and Kashmir’s special status and the incarceration of Valley politicians.

“In Kashmir, the state did not unleash a battle against terrorism. On the other hand, it was a surgical strike against the Indians in Kashmir.

“The members of Parliament from Kashmir continue to be unduly detained, prevented from attending Parliament on a most significant session, which deprived them from performing their constitutional duty. The detention was not only carried out at a personal level. It essentially fenced out a whole population from a significant democratic process in Parliament,” the lawyers added.