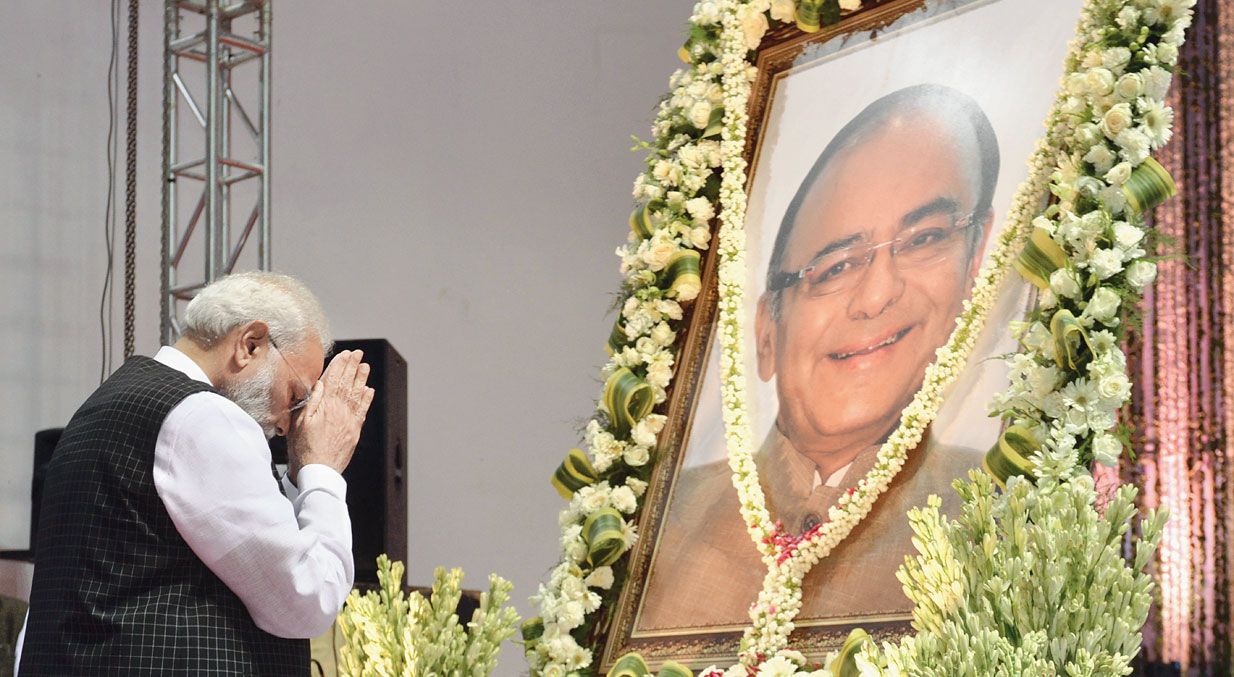 Prime Minister Narendra Modi and leaders across parties ideologically opposed to the BJP paid tribute to former finance minister Arun Jaitley on Tuesday, saying they had lost a “good friend” in his untimely passing.

Modi, who was abroad when Jaitley passed away, said he had never thought he would one day pay tribute to his “chhota dost” (young friend).

“I failed to meet him for the last time and this pain will forever remain,” Modi told the BJP-organised memorial meet at the auditorium of the Jawaharlal Nehru Stadium.

Glowing words came from the other side of the ideological divide too. “We have lost a friend. We need people like Arun Jaitley in a multiparty democracy like ours,” CPI general secretary D. Raja said.

“We have lost… a remarkable communicator, a committed pillar of his party and a friend to many, many people,” Congress leader Abhishek Singhvi said.