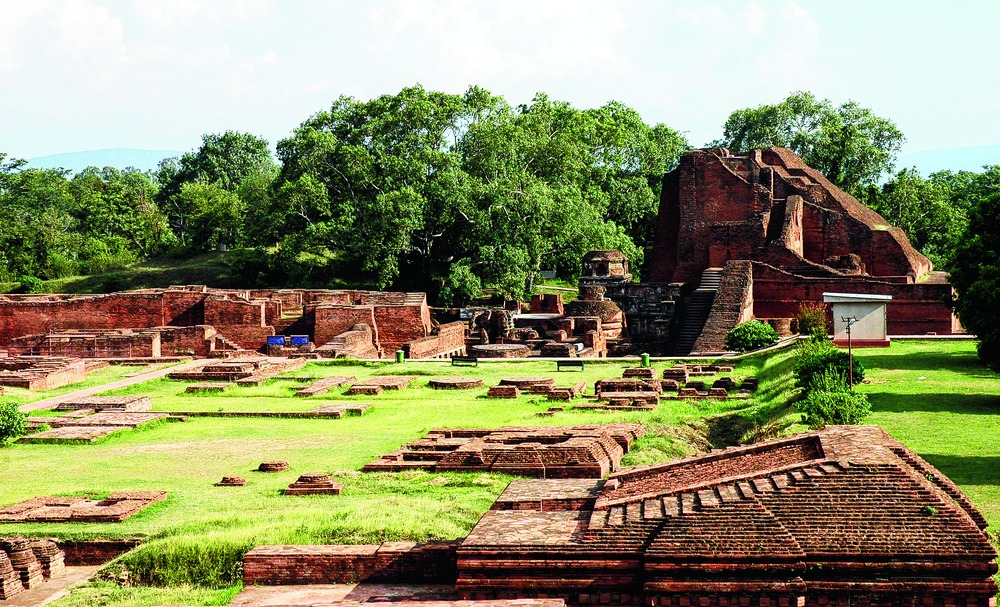 The images from space show that the university, which flourished between the 5th and 13th century, had its own water supply system via a 10km channel drawn from the Panchane river.

The water was collected in large tanks at the outskirts of the ancient educational institution.

The revelations were made by M.B. Rajani, assistant professor at the National Institute of Advanced Studies (NIAS), Bangalore, today. She delivered a lecture, on "Archaeological Landscape of Nalanda and Environs: Perspectives from Remote Sensing and GIS", at the Bihar Heritage Development Society in the presence of its executive director Bijoy Kumar Choudhary.

"Remote sensing and GIS imagery obtained from satellites as well as their geo-referencing indicate that the ancient university was spread over 10.7 sq km," Rajani said. "This entire area is dotted with mounds. The differences in topography, vegetation cover and the geometrical spread of modern settlements on some of the mounds indicate that they are having structures buried beneath them."

Rajani, who is a Homi Bhabha fellow at NIAS and also worked on a fellowship provided by the modern Nalanda University established at Rajgir, said images indicated presence of a very big monastery beneath Begumpur village north of the ruins.

Another large structure could be hidden under the Bargaon mound.

Her research has led to discovery of a 10km long "paleo channel" made by human interference to bring water from Panchane river in the neighbourhood to Dighi Pokhar tank, which is currently 1.05km long and around 300m wide. The pond could have been larger when the ancient university flourished.

Rajani is also using the accounts and maps provided by ancient and medieval travellers like Xuanzang (Hiuen Tsang) who visited Nalanda twice - in 637 and 642 AD - and Francis Buchanan who saw the ruins around 1812, and juxtaposing them against the satellite imagery.

The images indicate presence of at least six more temples and a couple of more monasteries close to the main ruins. "The satellite images show that there are several things outside the core and buffer zones of the Unesco world heritage monument. The remains expand way beyond the present protected area. We hope someday the buffer zone will be expanded to include them. In my opinion, if you draw boundaries around such structures, you are also inviting people to destroy structures outside them," Rajani said.

Experts suggest that already several structures of the magnificent ruins have been mined by people to obtain bricks and other construction material.

The work of Rajani is not yet over and she wishes to deploy "ground penetrating radars" around the Nalanda ruins to extract more information about the unexcavated structures.

Historians say Nalanda was ransacked by Turk ruler Qutbuddin Aibak's general Bakhtiyar Khalji around 1193. The ruins were systematically excavated in the 20th century.