Lancet does what Indian media won’t

'The people of Kashmir need healing from the deep wounds of this conflict, not subjugation to further violence and alienation' 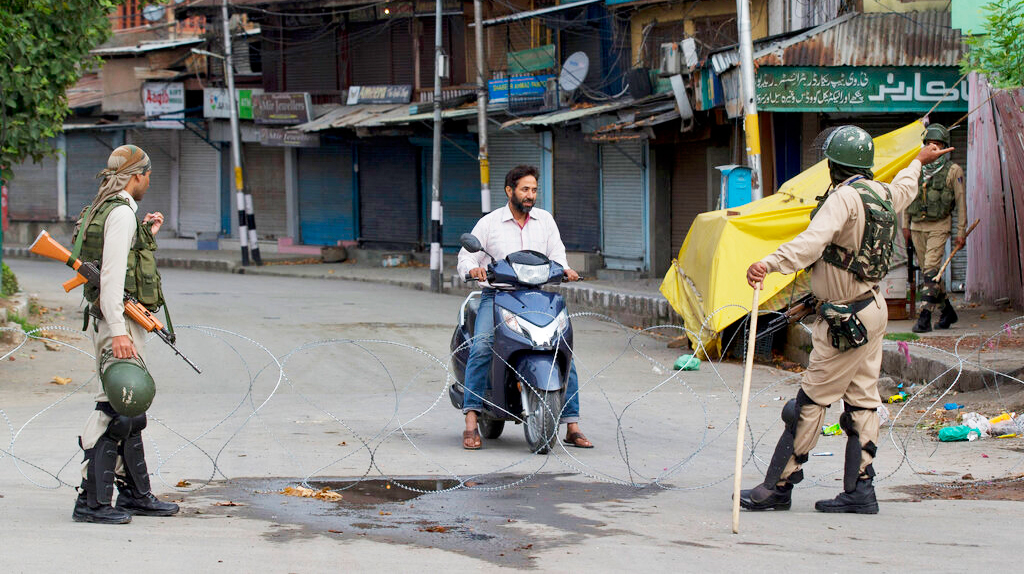 If nature abhors a vacuum, so does journalism.

The Lancet, an international medical journal, has referred to Prime Minister Narendra Modi’s “prosperity” justification for the changes in Jammu and Kashmir and said the people there first need healing, not subjugation and alienation. The journal has also raised concerns about the mental health, safety and freedoms of the people of the Valley.

The journal adds medical heft to a list of reputable foreign publications that have stepped up at a time large sections of the Indian media have been accused of unquestioningly peddling the government version on the lockdown in Jammu and Kashmir.

In spite of the risk of a backlash, which did break out in India soon after, even a medical journal abroad has found it pertinent to ask uncomfortable questions although much of the Indian media has fought shy of doing so. The Lancet has defended its articulation in an email to The Telegraph.

The backlash on social media in India was triggered by a commentary in The Lancet, which said: “Prime Minister Narendra Modi vows that his decision to revoke autonomy will bring prosperity to Kashmir. But first, the people of Kashmir need healing from the deep wounds of this conflict, not subjugation to further violence and alienation.”

Kashmiris have faced curfews, detentions and suspended telephone and Internet links since August 5. Although some restrictions have been eased, several are still in place.

The journal has cited how, despite decades of instability, some development indicators suggest that Kashmir is doing well compared with the rest of India. Life expectancy in Kashmir in 2016, for instance, was 68.3 years for men and 71.8 years for women, higher than the national averages.

However, the journal said, protracted exposure to violence has led to a “formidable mental health crisis”.

A study by the international humanitarian agency, Medecins Sans Frontieres, in two rural districts affected by the conflict had found that nearly half of Kashmir’s people rarely felt safe and that of those who had lost a family member to violence, one in five had witnessed the death.

“Therefore, it is unsurprising that people in the region have increased anxiety, depression and post-traumatic stress disorder,” The Lancet said.

The commentary has triggered a sharp debate in Indian medical circles, with many questioning the journal’s decision to comment on India’s internal affairs and others asserting that the issues it had raised were valid.

The Indian Medical Association (IMA), the country’s largest body of doctors, released a statement on Monday saying the journal had “committed breach of propriety in commenting on this political issue”.

“The Lancet has reacted to an internal administrative decision of the Government of India under the garb of concern for the health of Kashmiris,” the IMA said.

But The Lancet has cited how it regularly covers issues where politics and medicine intersect, since health is an important political issue in every society.

“We have expressed our profound concerns about the physical and mental health of Kashmiris, which we believe have been given insufficient attention so far,” the medical journal told The Telegraph via email.

The Lancet had earlier this month commented on how Jair Bolsonaro’s presidency in Brazil represented “the most serious threat to Brazil’s indigenous population” since the 1988 Constitution granted them the right to exclusive use of their land.

In June this year, the journal had said that Venezuelan President Nicolas Maduro’s strategy included “the control of food distribution and subsidising food handouts as a political weapon”.

The IMA position has been echoed on Twitter by some doctors in India. An Allahabad-based orthopaedic surgeon, Suresh Maurya, has called on Indian doctors to boycott The Lancet, a respected UK-based journal with a global readership.

“Lancet has no business with Kashmir,” posted Amit Gupta, an internal medicine specialist in Delhi. “Request all Indian authorities to immediately withdraw subscription to Lancet.”

But other doctors, including some within the IMA, have decried the IMA statement, highlighting that the journal had commented on major global political developments in the past.

“Regular readers know that it has a long tradition of commenting on major global political developments. You could differ with the view, but to question its mandate reveals ignorance,” Sanjay Nagral, a senior gastrointestinal surgeon in Mumbai, tweeted.

Some doctors believe the IMA office-bearers may have been influenced by “general public opinion”.

“I think this is just a jingoistic response which is likely to further pull down the credibility of the IMA itself,” a New Delhi-based doctor and a member of the IMA told this newspaper.

Another senior doctor who too requested not to be named said it was unfortunate that the journal had triggered such a response from the medical community. “It’s a bit like mass hysteria. One person says something, and others join in.”