Advertisement
Home / India / In finest hour, nobody came, why should they?

In finest hour, nobody came, why should they?

Lance Naik Nazir Ahmad Wani brought honour to his Kashmir hamlet. But no neighbour turned up at the Wani home 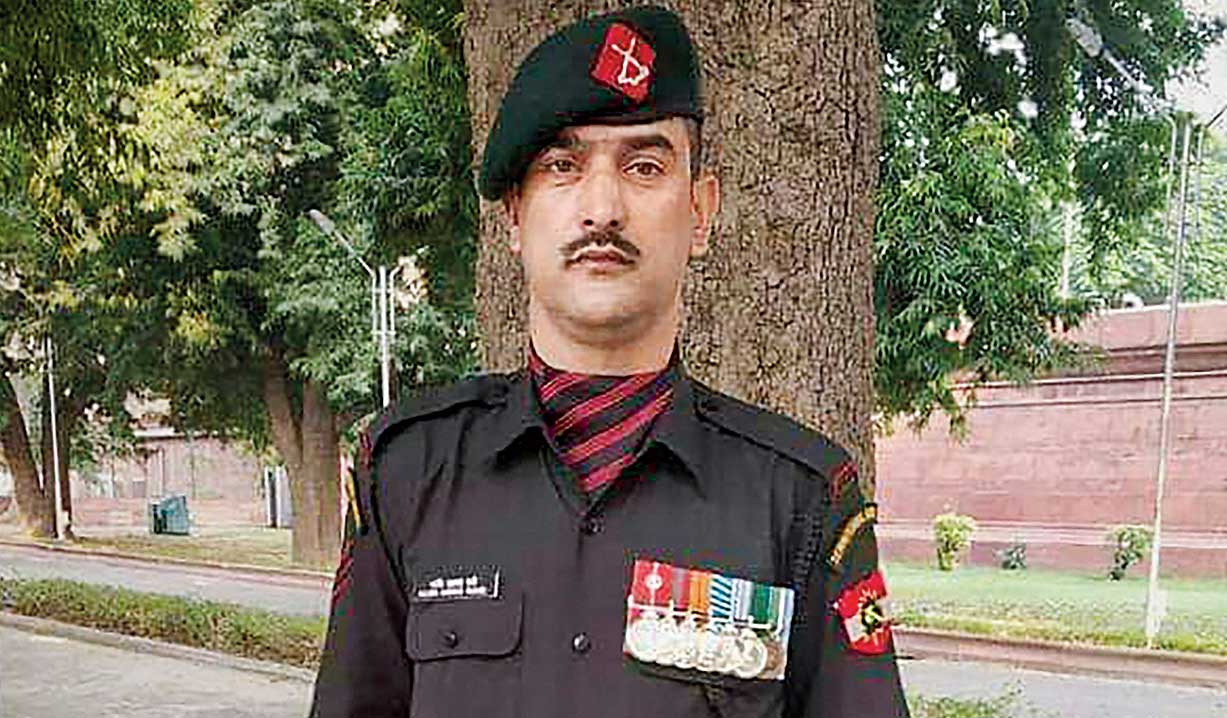 In death, Lance Naik Nazir Ahmad Wani has brought a rare honour to this hamlet, nestled among orchards and paddy fields. He is the first Kashmiri to be chosen for the Ashoka Chakra, the country’s highest peacetime gallantry award.

The village’s indifference to the feat by one of its own reflects the times.

News of the honour had reached the village’s hundred-odd households in the morning. By evening, not one visitor had come to the Wani home to offer compliments or express respect. Nor did the family expect any.

“Nobody came, and why should they?” said Mushtaq, younger brother of Nazir, who died fighting six militants in neighbouring Shopian on November 25.

“When he was alive, we prayed for him to be safe at his place and us to be safe here. Now, when he is no more, what purpose will these awards serve?”

Kulgam, Shopian and Pulwama in south Kashmir were among the hubs of the violence that singed the Valley after Hizb commander Burhan Wani’s death in 2016.

Cheki Ashmuji is unlike most other villages in the region and its story should have been different. But pro-azadi sentiments have this hamlet in their sway too.

None from this village has ever joined the militancy but around half a dozen of its men are in the army or the paramilitary forces. It has never witnessed stone-throwing. Most of its adults vote for the communist leader Yousuf Tarigami, three-time MLA from Kulgam.

Nazir, whose family says he was 45 while the army claims his age was 38, had moved to a well-protected colony at Kulgam district headquarters after he joined the counter-insurgency force Ikhwan two decades ago.

His parents and three younger brothers continue to live here.

An army statement said that Nazir had posthumously been awarded the Ashoka Chakra and that President Ram Nath Kovind would present the award to his wife, Mahajabeen. An army spokesperson described how fiercely Nazir had fought till his last breath.

“Under an intense hail of bullets from the terrorists he eliminated the district commander of the LeT (Lashkar-e-Toiba) and one foreign terrorist in a daring display of raw courage,” he said.

He added that Nazir took multiple hits, some to his head, but “injured another terrorist” before falling.

“He was a hero right from the beginning and always served (the cause of) peace (in Kashmir). His extraordinarily fearless and courageous persona was reflected in getting the Sena Medal for gallantry twice in 2007 and 2018.”

Mahajabeen told PTI in Delhi, where she has arrived to receive the award, that it had been “love at first sight” for the couple when they first met at a school in south Kashmir.

“He always encouraged all of us to make people around us happy, to resolve people’s problems…. He always wanted to make his battalion proud. For him, duty was supreme. He was a source of inspiration for people in our area and community.”

Nazir had joined the 162 Infantry Battalion of the Territorial Army in 2004. The battalion drew many of its recruits from the Ikhwanis, who have been accused of gross human rights violations.

When The Telegraph visited his home here, no male member was in. The women, apparently wary of the unwanted spotlight, refused to talk. When Mushtaq returned from the band-saw mill where he works, he spoke rather reluctantly.

“He (Nazir) would rarely come home, sometimes after a year or two. All these years I have met him only a few times. What else can I say?” he said.

Nazir’s parents are said to have left for Delhi to attend the award ceremony but the family seemed reluctant to confirm it. “They have gone to Jammu for treatment. I don’t think they have gone to Delhi,” Mushtaq said.

One reason for the village’s apathy seems to be Nazir’s reputation for daring operations against the militants.

“He was not an ordinary soldier. We have heard he killed some 30 militants, who included some big names,” said a relative, who asked not to be named.

“Six militants, including (commander) Umar Ganai, were killed in the operation that also killed him (Nazir). That is why this village will not talk about his death and achievements.”

One of Nazir’s colleagues told PTI: “He always willingly faced grave potential threats. He was an inspiration for others.”