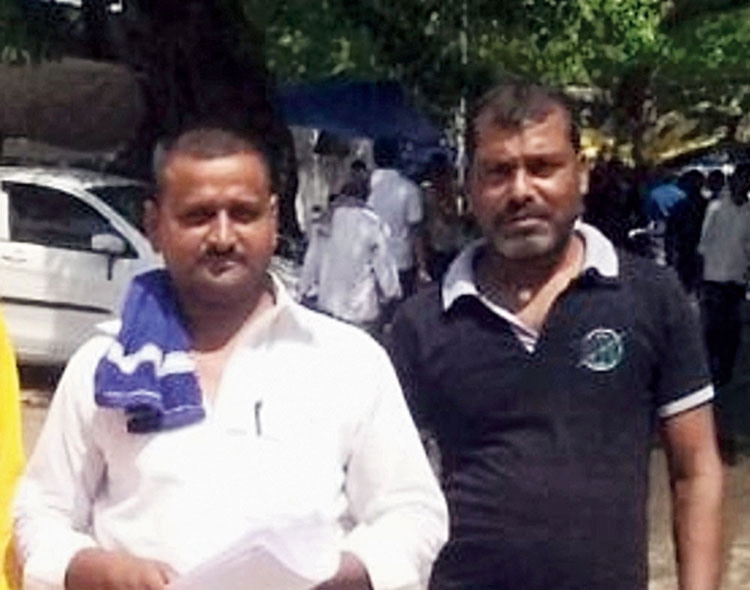 Lalu Prasad Yadav is not contesting the Lok Sabha election from Saran.

Confused? This is not the imprisoned Rashtriya Janata Dal chief; this is a namesake who is contesting the general elections as an Independent for the second time from Saran, considered a pocket borough of the RJD’s first family.

This time the RJD chief’s samdhi, his elder son Tej Pratap Yadav’s father-in-law Chandrika Rai, is contesting from Saran as the party candidate.

The RJD is trying to take back the seat, where the BJP’s Rajiv Pratap Rudy defeated chieftain Lalu’s wife Rabri Devi by around 40,000 votes in 2014.

“Even RJD’s Lalu Prasad knows about me,” said Lalu Prasad Yadav, 39, the Independent candidate. “He had come here after his wife was defeated and had held me as one of the reasons behind Rabri’s defeat. I had got around 10,000 votes in the 2014 general election. Moreover, my surname is Yadav while the RJD chief’s surname is Prasad.”

Around the time he became railway minister for the first time in 2004, the RJD chief stopped using “Yadav”.

Yadav, the contestant, denied that he was a copy of Lalu, and said it was a quirk of fate that his parents named him Lalu Prasad Yadav.

Yadav has studied till Class XII, while the RJD chief has a bachelor’s degree in law.

“I have been a social worker since I was in school,” Yadav said like a seasoned politician. “I always used to help others and I always had quite a fan following. After school I went into farming and it is my livelihood. However, people of my area always approach me for help. I do their work too and they give me their affection in return. I have been contesting elections to various institutions since 2001.”

Yadav goes out for campaigning at 8am and returns home at 7pm. Is he hoping to win? “I don’t contest polls for the sake of victory or defeat. I contest it for anand (pleasure). The people of my area also encourage me to contest elections,” he answered.

Yadav may deny he is Lalu’s copy but being the namesake of a leader, who changed the political dynamics of Bihar and is still a force to reckon with despite serving time in corruption cases, has its advantages.

“When somebody approaches me with work stuck at any government office and I call up the official concerned, he immediately becomes attentive on hearing my name. Though I clarify that I am a different Lalu, he does the work and also thanks me for calling,” the Saran contestant said.

“I had thought of surpassing Laluji in the number of children, but my wife got angry and got herself operated for permanent birth control,” Yadav said, bursting into laughter.

Saran votes on May 6