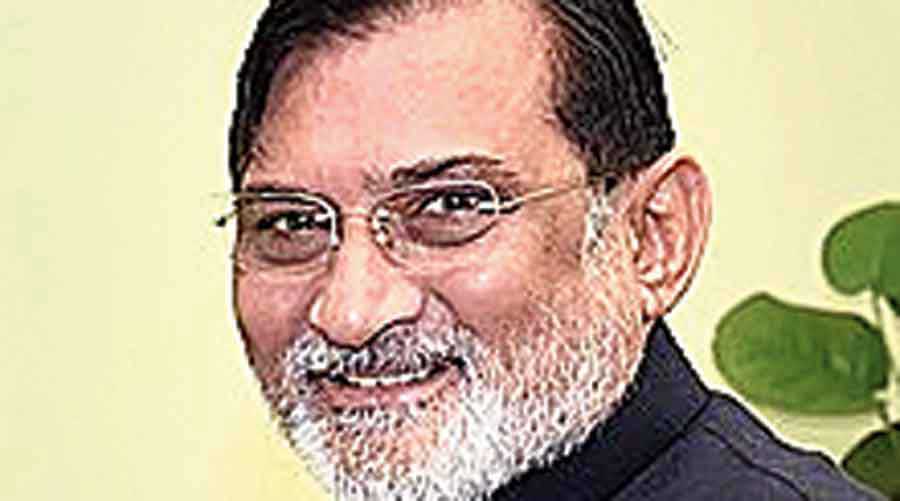 All non-BJP political parties have joined hands to plan a mass petition to the President seeking the recall of Lakshadweep administrator Praful Khoda Patel, whose decisions have caused disruptions and discontent in the Muslim-majority islands.

The Congress, Nationalist Congress Party and the CPM are mobilising support for the petition that will be signed by as many people as possible from the Union Territory.

Thaha Malika, a district panchayat member from Kavaratti — the capital of the set of 36 islands, of which only 10 are inhabited — told The Telegraph on Wednesday that all political parties and students’ and fisherfolk unions were together in the pursuit to sign the mass petition that would eventually be sent to President Ram Nath Kovind.

“The mass petition will reflect the collective feeling of hurt of the islanders who have been leading a peaceful life until the new administrator came and went berserk with his reforms without even consulting us, the elected representatives,” Malika said.

While the BJP is not part of the campaign, several local leaders of the party have already resigned and joined the movement against Patel, believed to be close to Prime Minister Narendra Modi and Union home minister Amit Shah. Patel, formerly Gujarat home minister under then chief minister Modi, was put in charge of Lakshadweep in December.

Patel has been accused of moving to ban beef-eating and cattle transport in a place where beef is widely consumed, cracking down on protests and destroying the fishing infrastructure, with politicians alleging he wants to turn the Union Territory into “another Kashmir”. The first non-civil servant administrator of Lakshadweep has also removed non-vegetarian food from school midday meals and hostel dining hall and introduced a two-child norm for panchayat poll contestants that mirrors a Sangh parivar prejudice against Muslims.

Unmindful of the widespread protests in the Union Territory and Kerala, Patel has allegedly ordered his officials to prepare a list of government employees to be sacked. He had earlier terminated the services of over 2,000 temporary government workers that has raised fears about “outsiders” being brought in to replace them.

Another new legislation, the Lakshadweep Prevention of Anti-Social Activities Regulation, will enable the administration to detain anyone for one year in the islands otherwise known for near-zero crime rate. The Lakshadweep Development Authority Regulation empowers the administrator to remove and relocate residents from their properties.

Patel has proposed to shift Lakshadweep’s shipping cargo operations from Kerala ports to Mangalore in Karnataka. Located less than 200 nautical miles from Kochi, 99 per cent of Lakshadweep’s population is made up of Muslims. The population is categorised as Scheduled Tribes who speak Malayalam, Jaseri (a Malayalam dialect) and Mahal. They have traditionally had marital ties with families in Kerala and depend on the state, which they call “main land”, for higher education and health care.

In another brazen denial of basic rights to the local people who depend on Kerala for emergency and specialised medical care, the Lakshadweep administration has issued an order making it difficult to get air ambulances to ferry patients. While it was hitherto the sole prerogative of the medical director of Lakshadweep to sanction a government-sponsored air ambulance to carry a patient to Kerala, the power would henceforth be vested in a four-member committee comprising the medical director and three other officials.If the committee denies permission, the patients will have to take an 18-hour journey on scheduled shipping services to Kerala.

“This will create life-threatening situations as the clearance is going to take a lot of time since the whole committee has to decide. Patients could die,” Asif Ali of the NCP, a district panchayat member from Kavaratti, said.

“Lakshadweep is India’s jewel in the ocean. The ignorant bigots in power are destroying it. I stand with the people of Lakshadweep,” he tweeted on Wednesday.

Ali told this newspaper that the people of Lakshadweep were united in the fight against the “injustice”.

One of the 32 ward members who were arrested late December and jailed for 16 days for protesting the administrator’s reforms, Ali said they received bail from Kerala High Court after the local court rejected their pleas.

“This is gross injustice to our people who have always been law-abiding citizens of this country. Even the recent protests started only because of the draconian measures initiated by Patel and some of his officials. He is responsible for all the Covid cases here,” Ali said, referring to how the administrator had discarded the strict Covid protocols that made it mandatory for all visitors to spend seven days in quarantine in Kochi and an equal number of days after arriving in the islands.

Lakshadweep has so far reported over 7,000 Covid cases and 25 deaths, a big number considering the tiny population of 68,000.

“The earlier administrators were very helpful as they took our opinion before taking any major decision. But everything has changed with Patel running the show like Hitler,” Ali said.

Kavaratti CPM local committee member P.P. Rahim told this newspaper that the administration was terrorising the residents. “They destroyed a large number of sheds where fishermen kept their boats and nets. They removed non-vegetarian items (mainly beef) from midday meals in schools, citing recommendations from health experts. This is nothing but cultural terrorism,” said Rahim, who is working on the mass petition.

Leaders from non-BJP parties in Kerala, including chief minister Pinarayi Vijayan, a large number of film actors, sports people and cultural icons have expressed solidarity with the islanders and condemned Patel’s moves.