Chhattisgarh, Punjab govts to give Rs 50 lakh to kin of dead farmers, scribe

UP government has made a mockery of democracy, says Charanjit Singh Channi 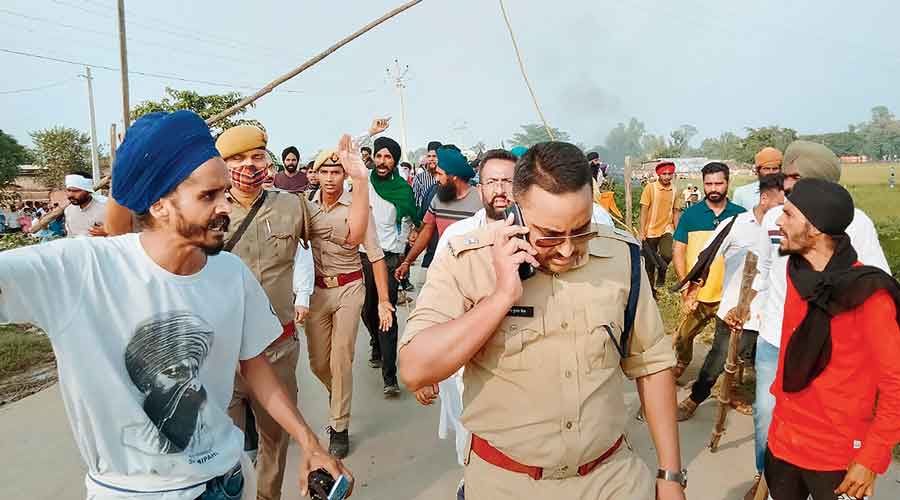 Both Chhattisgarh and Punjab governments on Wednesday announced a financial assistance of Rs 50 lakh each to families of four farmers and a journalist killed in the violence that broke out in Uttar Pradesh's Lakhimpur Kheri.

The chief ministers of both the Congress-ruled states, along with party leader Rahul Gandhi, have arrived in Lucknow, from where they intend to go to Lakhimpur Kheri to meet the families of the victims.

He said the UP government has made a "mockery" of democracy.

"Our government will provide Rs 50 lakh each to families of farmers and the journalist killed in Lakhimpur violence," he told reporters in Lucknow.

Echoing the same sentiments, Chhattisgarh Chief Minister Bhupesh Baghel said his government will also give Rs 50 lakh to the families of the farmers and the journalist.

Four of the eight people who died in Sunday's violence in Lakhimpur Kheri were farmers, allegedly knocked down by vehicles driven by BJP workers travelling to welcome Uttar Pradesh Deputy Chief Minister Keshav Prasad Maurya to an event in the area.

The four others included two BJP workers, a driver of Union Minister of State for Home Ajay Kumar Mishra, and Raman Kashyap, a journalist working for a private TV channel.

While the first three were allegedly lynched by agitating farmers, the scribe, according to his father, died after being hit by a vehicle when he was covering news of farmers' protest against Maurya's visit to Ajay Mishra's native place.

The UP Police has lodged a case against Union minister Ajay Mishra's son but no arrest has been made so far.