India and China have agreed to step back by equal distances at multiple friction points across the Line of Actual Control; Beijing reluctant to restore pre-April 2020 status 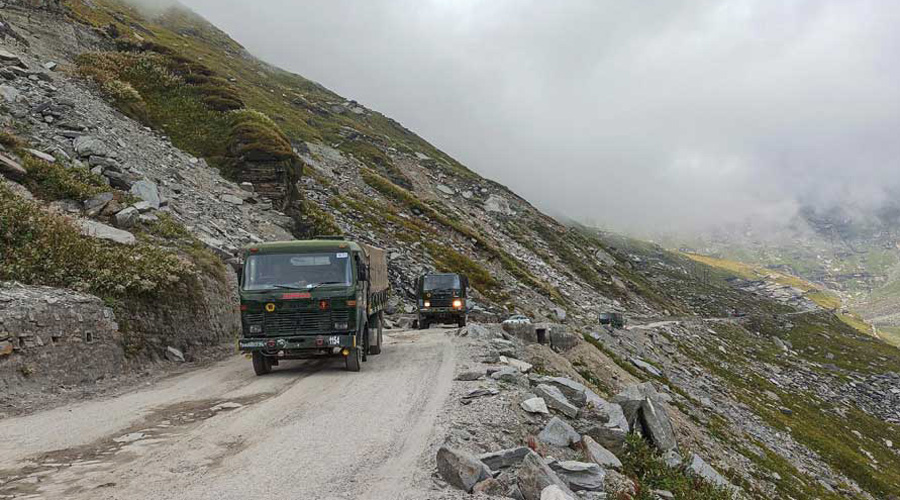 Military veterans have expressed apprehension at the government’s continued silence on the “buffer zones” created in eastern Ladakh, saying these seemed to represent a “new status quo” on the frontier in the face of Beijing’s reluctance to restore the pre-April 2020 status.

India and China have agreed to step back by equal distances at multiple friction points across the Line of Actual Control, with the upshot that Chinese troops still remain within India-claimed lines while India appears to have given up control of more of its territory.

“These buffer zones were said to be temporary and were created as part of the disengagement plan between the two armies. But the Chinese are now reluctant to restore the April 2020 status quo ante,” a retired lieutenant general told The Telegraph.

“It’s clear that Beijing wants India to accept the new frontier created by its transgressions into eastern Ladakh. It’s shocking that India’s government has remained silent on when these buffer zones within India-claimed lines will be accessible to the Indian Army.”

A defence ministry official said the buffer zones were temporary, with both sides ceding patrolling rights till the standoff was resolved.

“Under the agreements, the suspension of patrolling is not permanent. Nor has India given up its right to patrol those areas,” he said.

He declined comment why there had been no official statement from the government.

Sources in the security establishment say these demilitarised “buffer zone” have been created in the Galwan Valley (3km wide), Pangong Lake (10km) and Gogra (3.5km). The standoffs at Hot Springs and the Depsang Plains continue, with the Chinese said to be entrenched 18km inside India-claimed lines.

Veterans had earlier too expressed fears at the creation of these buffer zones, saying they amounted to “ceding further Indian territory” to the Chinese.

“And now there’s no clarity from the Indian government how long these ‘no-patrolling zones’ will continue.”

He said there was always a threat of the Chinese occupying the positions vacated by the Indian Army at these demilitarised zones.

A former brigadier accused the Indian government of being “very economical with the truth” on the Ladakh situation since the Chinese intrusion in April-May last year.

“First, the Indian government’s official line was that no intrusion had taken place. Later, it shockingly agreed to retreat from its positions to create buffer zones within Indian territory,” he said.

Four days after the June 15, 2020, clash at the Galwan Valley killed 20 Indian soldiers and four Chinese troops, Prime Minister Narendra Modi had asserted that no one had occupied or was occupying Indian territory. This allowed Beijing to dismiss the allegations of border transgressions and claim ownership of all the positions it held.

“The government’s silence on when the Indian Army will regain access to these buffer zones, which it has been patrolling since 1962, has serious implications,” the ex-brigadier said.

The former colonel too asked why the government had not issued a statement with specific details of the disengagement by the Chinese troops, backed by satellite images. “Everything is shrouded in secrecy,” he said.