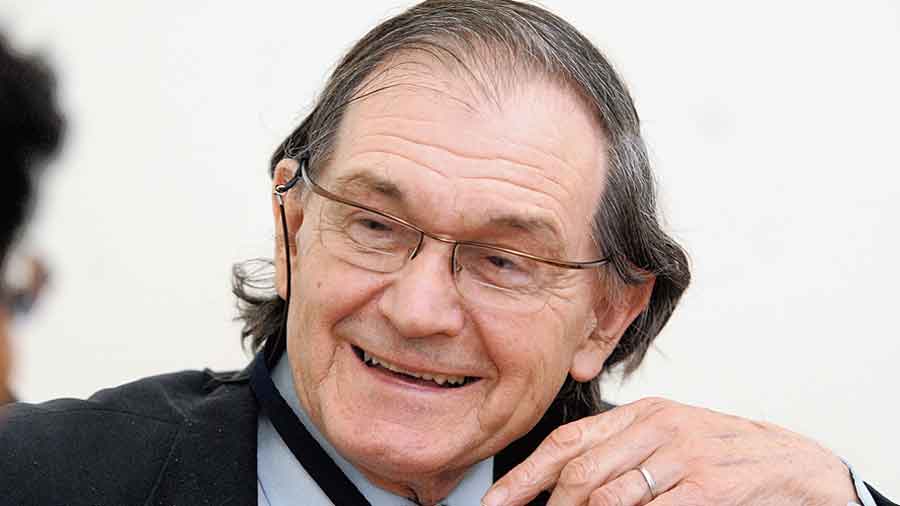 Amalkumar Raychaudhuri, a young teacher at Calcutta’s Ashutosh College in 1955, had developed a mathematical formulation that served as an elegant basis for the research by British physicist Roger Penrose a decade later that brought him the Nobel Prize on Tuesday.

The Calcutta physicist’s formulation, known as the Raychaudhuri equation, sought to quantify certain but tricky aspects of geometry with widespread use in Albert Einstein’s general theory of relativity, essentially a geometric description of distortions and bends in space and time.

Penrose teamed up with the celebrated late British physicist Stephen Hawking and used the Raychaudhuri equation for a mathematical description of black holes — objects with such intense gravitational pulls that not even light escapes them — and singularities, extreme situations where laws of nature break down.

It is for these singularity theorems that the Nobel committee awarded Penrose the prize, citing that he showed that “…at their heart, black holes hide a singularity in which all known laws of nature cease”.

Without Raychaudhuri’s formalism, and Hawking’s early work connecting it to black holes, this work of Penrose may have not happened at all.

I once knocked on the door of Penrose, together with one of his students, to ask whether I could attend his course on Spinors, the theory of which he was then developing. He had company, but in addition to saying yes, he asked where I was from. When I mentioned I had come from Presidency College in Calcutta, he asked whether I was related to THE Raychaudhuri.

I nodded, and said that while he was no relation, he was of course the head of my undergraduate department, and that Amalkumar Raychaudhuri had indeed taught us mathematical physics in the first year, and electromagnetism in the second. On the side, he had taught us general relativity, which wasn’t in our syllabus.

The other person in the room, who introduced himself as Stephen Hawking (in his own voice still), said that I had been fortunate to have been taught by AKR himself, and that they hoped to meet him one day.

Later on, of course, as a PhD student in Cambridge, I attended several courses given by Hawking, and I continued to meet Penrose, including several times in Pune.

Lord Martin Rees, another of my gurus from Cambridge, has rightly said today: “There would be a consensus that Penrose and Hawking have done more than anyone else since Einstein to deepen our knowledge of gravity. Sadly, this Nobel award was too much delayed to allow Hawking to share the credit.”

Somak Raychaudhury is the director of the Inter-University Centre for Astronomy and Astrophysics, Pune