Advertisement
Home / India / 'Khojis' on verge of extinction in Rajasthan

'Khojis' on verge of extinction in Rajasthan

A 'khoji' is trained to track people from their footprints on sand and he uses his uncanny ability to identify a person by his or her style of walking. 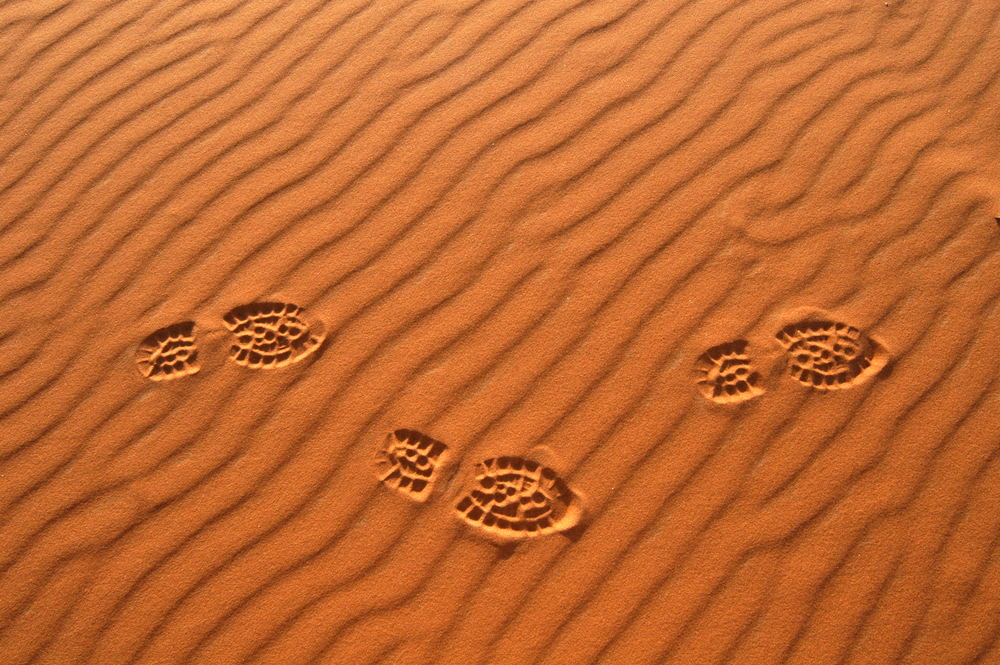 Khojis who specialise in tracking people by examining footprints on sand are becoming rare in the deserts of Rajasthan.
Shutterstock
PTI   |   Rajasthan   |   Published 25.12.19, 07:20 AM

Khojis' who specialise in tracking people by examining footprints on sand are becoming rare in the deserts of Rajasthan owing to wire- fencing and impregnable security along the Indo-Pakistan border, a senior BSF official has said.

A 'khoji' is trained to track people from their footprints on sand and he uses his uncanny ability to identify a person by his or her style of walking.

'It is a strenuous job that requires high level of intelligence, ability to calculate the weight of a person and track him from the different footprints that are left behind on the desert sand,' the official told PTI.

The Border Security Force had hundreds of 'khojis' who patrolled the 471 km-long international border with Pakistan from first light everyday but now they have been reduced to only about 25, he said at this border outpost in Jaisalmer district of Rajasthan.

Wire-fencing, floodlighting of the international border in the mid-1990s in Rajasthan and round-the-clock vigil have reduced illegal cross-border movement to zero, the senior BSF official said.

Naseeb Singh, one of the few 'khojis' left in the BSF fold, says he goes on foot patrol daily in the morning.

'Everyone has a different style of walking and the footprint left by him helps me to identify a man from among several others,' Singh said.

The depth of a footmark and the way he places his feet on the ground are unique to every person, Singh said.

The BSF also employs locals who are 'khojis' for generations and pass on their skills to their offsprings. But they are also becoming rare owing to lesser requirement and many of them pursuing other professions, the official said.

The senior BSF officer said that it is very difficult for anyone to cross the border and reach a locality in the very sparsely populated desert region, with the aerial distance from the border to the nearest town being several kilometres.

'In Jaisalmer, the nearest town of Ramgarh from the border is 70 km in aerial distance.

'If anyone is able to cross the border during the night, his footprints can be detected at first light during foot patrol. The 'khoji' follows the trail and leads to the person who is then apprehended,' he said.

Round-the-clock vigil is maintained by BSF troopers to prevent illegal crossing of border or any kind of crime in the region, he said.

'In Jaisalmer sector, there is no cross-border crime, but we have to keep an eye on any possible espionage or other activities,' he said.

Earlier, there used to be a lot of incidents of smuggling of narcotics and gold in the region, but it has stopped totally since the completion of barbed wire fencing at the border in the mid-1990s, the official said.

Though there has been no incident of cross-border firing or shelling between the BSF and the Pakistan Rangers for several years, constant vigil is maintained since the area is strategically very important, the official said.

'Given the past record of the 1965 and 1971 Indo-Pak wars when Jaisalmer was attacked, this area is very sensitive,' he said.

The area has mainly permanent sand dunes and some shifting dunes with almost no vegetation.

Very little population in the region leads to isolation of the BSF personnel, he said.

Extreme weather conditions ranging from over 50 degree Celsius in the summers and nearly freezing conditions during winter nights prove to be challenging for the troops, he added.