Allowed to stay till case is over 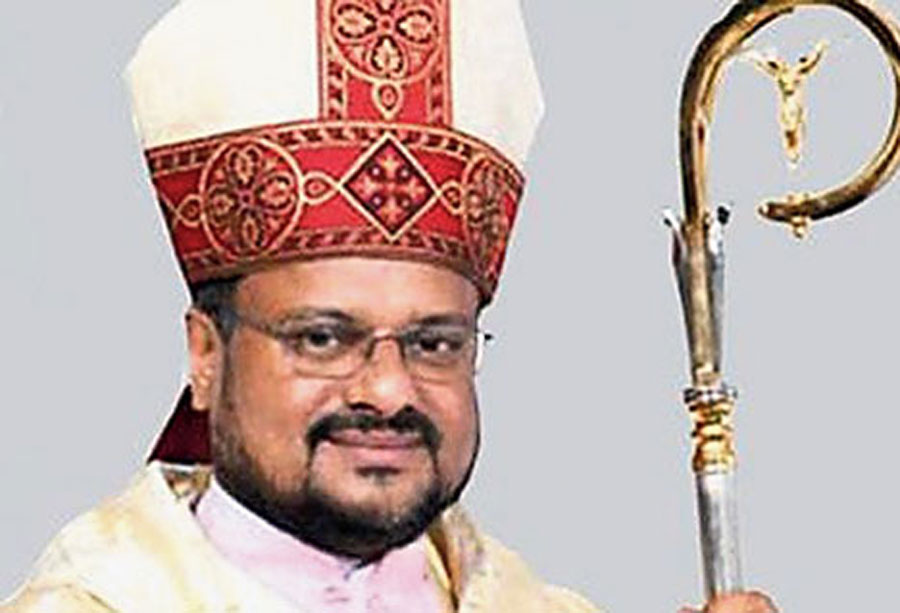 Five nuns of a Kerala convent who had led a public protest against a rape-accused bishop have been allowed to stay back after the acting head of their Jalandhar-based congregation put their transfer orders on hold till the case is over.

The move came about a fortnight after a number of writers and activists wrote to chief minister Pinarayi Vijayan urging him to ensure that the nuns — transferred to different states in what appeared to be a bid to weaken the probe — were not moved out of Kerala now.

Sister Anupama, one of the five nuns ordered to leave the convent in Kuravilangad, Kottayam, told a public meeting on Saturday that Bishop Agnelo Gracias had deferred their transfer.

“With the blessings of the Lord and everyone’s support, Bishop Agnelo Gracias has written to us allowing us to stay at Kuravilangad convent until the case is over,” Anupama told the meeting in Kottayam.

Gracias, auxiliary bishop emeritus of Mumbai, holds temporary charge of the Jalandhar-based Missionaries of Jesus Congregation the nuns belong to.

“I like to assure the five of you that, as far as lies within my power, there will be no move from the Diocese of Jalandhar to oust you from the Kuravilangad Convent as long as you are needed for the court case,” Gracias said in an email to the nuns.

“The truth will emerge when all the evidence is presented. I am sure the Church would want the truth to emerge.”

“This will be an order… from me as Apostolic Administrator in charge of the Congregation…,” Gracias said in the email.

Gracias had assumed charge of the congregation on September 20 last year, two days before the then Jalandhar bishop, Franco Mulakkal, was arrested on the allegation of raping a nun over a dozen times between 2014 and 2016 at the convent in Kuravilangad.

The arrest had followed a sustained campaign by the five nuns who had even protested outside Kerala High Court demanding Mulakkal’s arrest over the alleged rape of their colleague.

Felix Pulludan, convener of the SOS Action Council that is involved with the agitation, said the email from Gracias arrived on Friday. “The congregation seems to have acted quickly as we were planning to start another round of protest in Kochi this week,” Pulludan told The Telegraph.

The nuns attended a public meeting on Saturday in Kottayam where Sister Anupama made the announcement that their transfer orders had been put on hold. Another round of protest in Kochi will not be held, now that their transfers have been stalled.

The five nuns had been issued transfer orders before their sustained campaign against Mulakkal had begun. Sister Anupama was transferred to Punjab; Sister Josephine to Jharkhand, Sister Alphy to Bihar and Sister Ancita to Kannur in north Kerala.

The fifth nun, Sister Neena Rose, was to move to Jalandhar where Mulakkal is still based. None of the five had, however, taken up their new postings, prompting the congregation to recently send them strong reminders to shift.

Activists who have been supporting the nuns saw this as a move to scuttle the case against Mulakkal, who is now out on bail. On January 27, a number of writers and activists signed a letter to chief minister Vijayan asking him to defer the transfers.

Call to CM to shield nuns